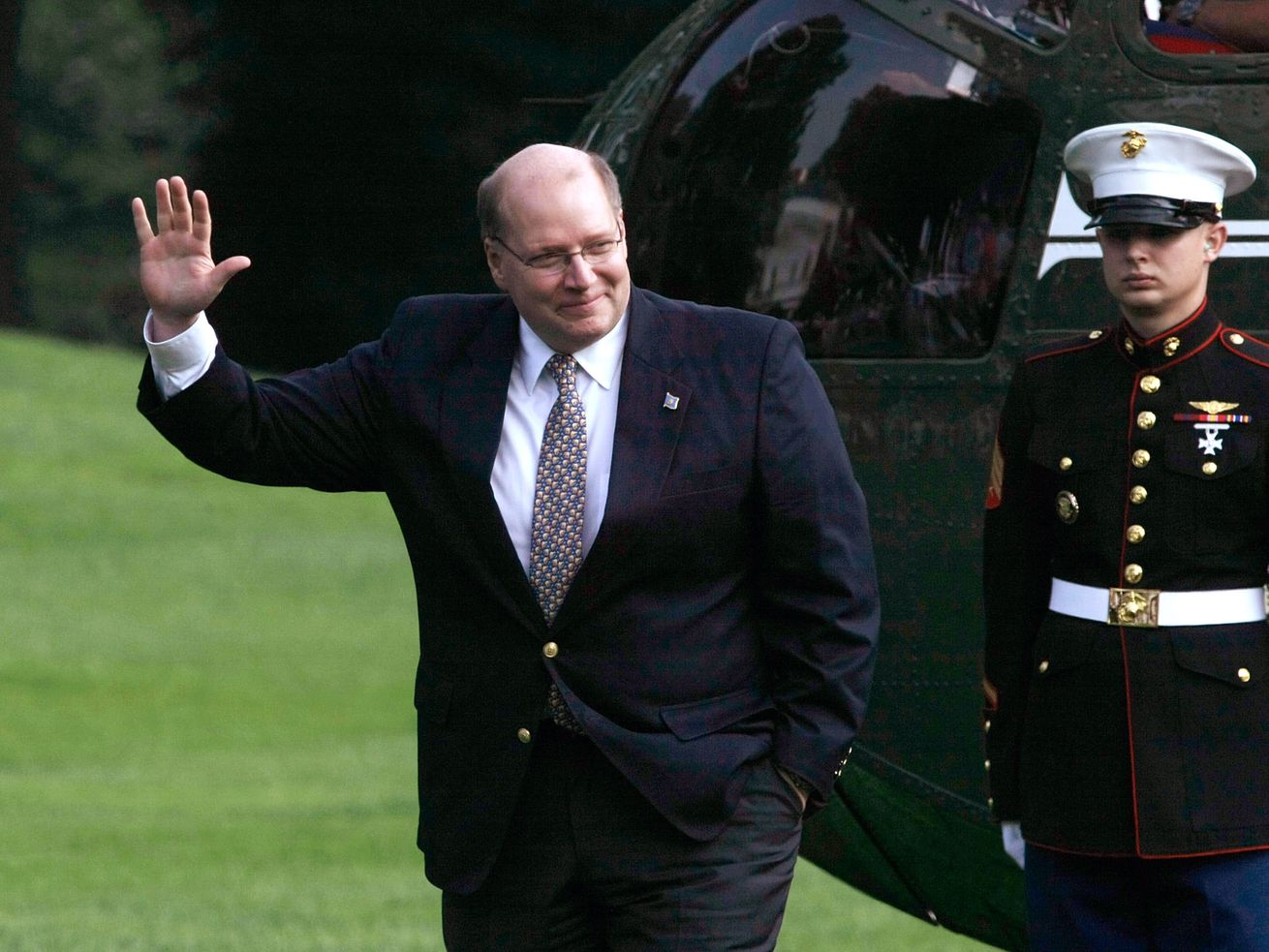 There’s been a bit of a lull in White House departures, but that might be about to change as summer approaches. A few reports have suggested some top staffers might be getting ready to leave — though it’s too early to say if another exodus is about to begin.

But at least one top staffer is stepping down this summer. White House deputy chief of staff Joe Hagin, a veteran GOP staffer who helped put together the president’s summit with North Korea in Singapore last week, is leaving government service.

Hagin is departing next month, according to Politico. Hagin, who worked for both the Reagan and Bush administration, was one of the most experienced members of Trump’s staff. He lasted for 17 months and is expected to return to the private sector, reports the Washington Post.

“Joe Hagin has been a huge asset to my administration,” Trump said in a statement, according to Politico. “He planned and executed the longest and one of the most historic foreign trips ever made by a President, and he did it all perfectly. We will miss him in the office and even more on the road. I am thankful for his remarkable service to our great country.”

Trump is losing one of his most seasoned aides and one of the few staffers with a long résumé of White House service. Hagin helped plan Trump’s Singapore summit, and somehow lasted more than a year, though he was reportedly distrusted by Trump loyalists because of his ties to the Bush family.

Ziemer, who led the President’s Malaria Initiative under both George W. Bush and Barack Obama, departed the National Security Council after his department was eliminated in an organizational shakeup.

Cobb, one of the president’s top attorneys in the Mueller probe, said he told the president he wanted to retire. Reports suggested that others on Trump’s legal team wanted someone more aggressive as the special counsel investigation headed into its second year.