The voices of children separated at the border 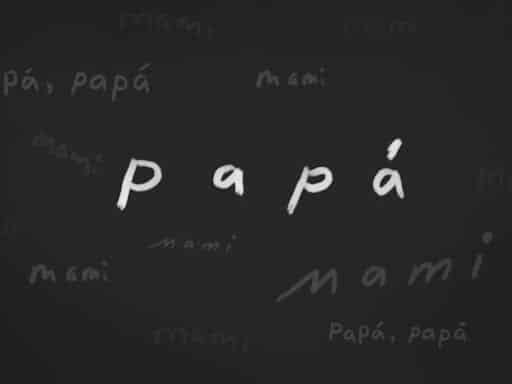 A Vox-ProPublica collaboration delves into the story behind a devastating audio clip.

As the Trump administration continues to defend its “zero tolerance” immigration policy, which since April has separated more than 2,300 children from their parents at the border, ProPublica obtained an audio recording from inside a US Customs and Border Protection facility. The recording captured the voices of kids as young as 4 years old, crying for “Mami” and “Papá” as if those were the only words they knew. Check out the video above as Ginger Thompson breaks down the story behind this audio clip.

The audio intensified the bipartisan outcry to put an end to the policy. But at a White House briefing Monday, Homeland Security Secretary Kirstjen Nielsen blamed Congress, saying that until the nation’s immigration laws are rewritten, children will remain in detention centers as their parents face criminal charges for entering the country without permission, a move at the discretion of the administration.

Most concerning to the families being separated is what appears to be a lack of a plan to reunite the children with their parents. Six-year-old Alison Jimena Valencia Madrid, who can be heard crying in the video, had not been able to speak to her mother for days after they were separated, according to the girl’s aunt. Authorities at the shelter have warned the girl that her mother could be deported without her.

This piece makes up the ninth installment in Vox’s collaboration with ProPublica. You can find this video and all of Vox’s videos on YouTube. Subscribe and stay tuned for more from our partnership with ProPublica.

ProPublica is continuing to investigate stories at the border. Has your family been separated at the US-Mexico border? Are you a worker at a detention center, or do you aid families who have been affected? Tell them more at border@propublica.org or 347-244-2134.

Quiz: How well do you know your inauguration history?
Paleologos on the poll: Ask voters about Trump and get an earful, regardless of party
A Republican helped sink one of Trump’s court nominees over his racist college writings
Fact check: Trump wrong to say IG report exonerates him or says Comey acted criminally
Trump reportedly plans to strip more security clearances to distract from the news cycle
US ambassador to Canada got death threats after Trump tariffs