The vulnerability of the quarantine Zoom book club 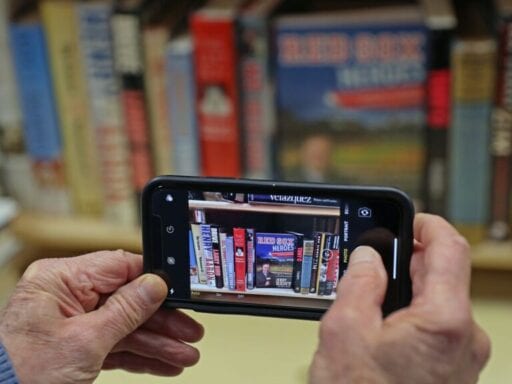 This has been a very difficult week. I am very sorry that we are living in a country where we have to deal with the police killing black people while we are also all trying to deal with a pandemic. It is all quite A Lot.

Books can help when times are extremely A Lot. They can help us rest, so that when we return to dealing with the rest of the world, we’re better prepared. They can also educate us and nourish our minds, which will also help us walk through the world more thoughtfully. And so, to help us get in a reading frame of mind, here is the best online writing on books and related subjects for the week of May 24, 2020.

There was so much vulnerability on display in these video conferences. But that’s what reading together is, a deeply vulnerable act. To capture what you love (or don’t love) about a book, you have to be attuned to your own interiority — the way a collection of words hits you — and then you give it to others, never sure if these feelings will be shared or slapped away.

The specific fanfic universe that spawned the Cain-Ellis dispute emerged about a decade ago, when devotees of the CW drama “Supernatural” began writing stories in which its two lead actors are lovers. One would be the dominant alpha male. The other man would be a feminized omega, often with the ability to become impregnated — a trope known as MPreg. Canine, and then lupine, sex stuff got mixed in.

The premise was wildly popular, and tropes were rapidly adopted by writers in other fandoms, including NBC’s “Hannibal” and MTV’s “Teen Wolf.” The sprawling body of work that followed came to be known as the Omegaverse, with its own rules, plot elements and terminology.

SITTENFELD: I have to say, really and truly, everything I know about writing about sex I learned from Judy Blume. Really. It’s actually fascinating to me to hear you say, “We both write about sex and it’s no big deal.” Why is it such a big deal to other people? Do you feel like you’ve spent a lot of time answering the question of why you include sex?

SITTENFELD: In the future, whenever anyone asks me, I want to be like, “As Judy said, it’s no big deal.”

When you think about it, this violates everything we think we know about free markets. From 2007 to 2017, vacant retail space roughly doubled, according to a report by the New York City Comptroller’s Office. Logic would dictate that rents would drop — if no one wants your space, wouldn’t you lower the rent? But in fact, in Manhattan, retail rents rose by 22 percent in that period, according to the report.

Part of what builds tension in the first person plural story is that the reader can’t really trust the narrators—it’s an inherently uneasy perspective. A common pitfall in these stories occurs when the author constructs the “we” as an unknowable, omniscient teller. By making them anonymous, they absolve them of responsibility. Stories that pull off the narrative “we” shape the narrators as they would any other character. They engage with the limits of what the group can do and can know.

Does Chinese investment portend more self-censorship? People working in the film business will tell you it certainly has. Chinese money has flooded Hollywood and brought some visible changes to certain movies — more Chinese heroes and settings, fewer dialogue-heavy scenes and, perhaps most importantly, less criticism of China. Writers and producers are sometimes made to sign agreements not to disparage the Chinese government, even privately. The NBA too has had to walk a fine line to secure business with China.

I’ve been thinking a lot about the strange travel books British writers produced in the decades between the two World Wars. A time of serious upheaval and disruption to travel—a complete breakdown of what had been the narrative of journeying. The great travel writing of that era, books such as D.H. Lawrence’s Sea and Sardinia, Graham Greene’s Journey Without Maps, or Rebecca West’s Black Lamb and Grey Falcon, began to explore new forms. The itineraries, trips to Italy or Africa or the Balkans, were similar to previous generations’, but the writers began employing Modernist techniques borrowed from fiction and poetry: fragmentation, collage, juxtaposition, dialogue-driven scenes.

These novels resemble performances more than tutorials. If the author was once God, creating worlds over which he had total control, the reader has usurped this position. Under the terms of popular, social-media-inflected criticism, she is now judge and jury, examining works for their political content and assessing the moral goodness of the author in the process. The novels that have resulted feature writers who are wildly self-conscious about both the thing they spend all their time doing and what that says about the essence of their souls.

Why the second season of Punisher feels like such a drag
Marvel’s Black Panther 2 will be released in 2022
Here are the 9 most interesting conversations I had in 2020
Los Angeles’s quixotic quest to end homelessness
A new report raises more questions about Bloomberg’s alleged sexism and sexual harassment
A SARS-like virus is spreading quickly in Asia. Here’s what you need to know.