The Washington Post’s correction about Trump’s phone call to a Georgia official, explained 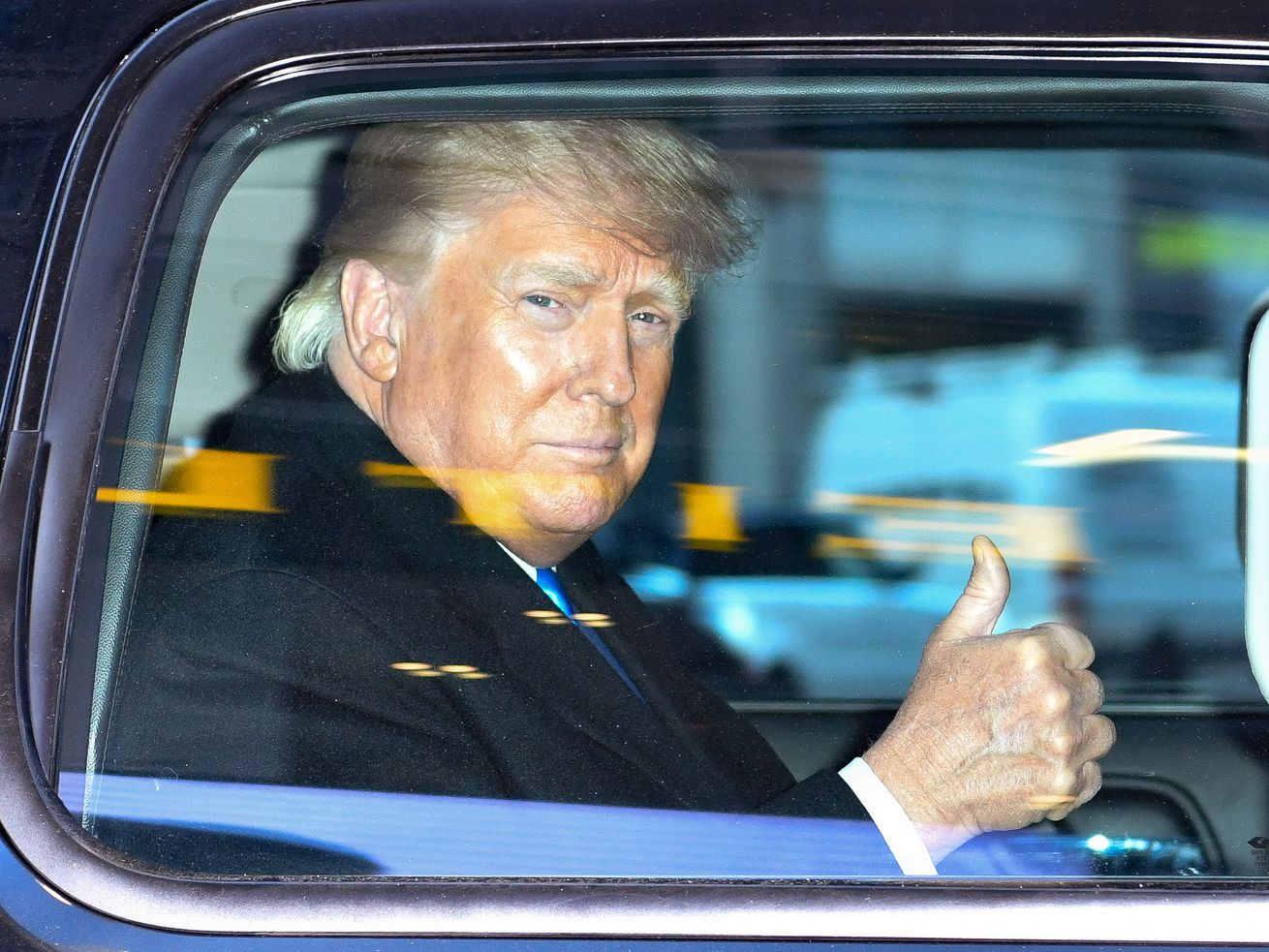 Trump is claiming vindication. The truth is more complicated.

On January 3, the Washington Post’s Amy Gardner broke the news that, in an hourlong recorded phone call, President Donald Trump repeatedly pressured Georgia Secretary of State Brad Raffensperger to somehow change the results in the state to deliver him a victory. The Post published the full audio and transcript of that call, and it received enormous media attention.

Six days later, in the wake of the storming of the Capitol, Gardner broke a follow-up story revealing that Trump had a similar phone call with another Georgia official, Raffensperger’s lead investigator Frances Watson. This time around, there was no audio or transcript of that call available, so Gardner’s story was attributed to an an anonymous state official. The official claimed that, on the call, Trump said Watson should “find the fraud” and could become a “national hero” by doing so.

But according to a newly surfaced recording of the call with Watson, Trump did not in fact use those exact words. He did say she could find “dishonesty” in Fulton County, and that “when the right answer comes out, you’ll be praised.” But the language of the quotes the Post attributed to Trump were not accurate. As a result, the Post had to run a prominent correction. Trump and conservatives are now scorning the paper, and even some mainstream reporters are looking askance and wondering how it happened.

The correction was merited — it’s important for reporters (and their sources) to be careful in attributing exact language in quotes. And it is unfortunate that these incorrect quotes spread so widely. (Vox also wrote about the Post story in an article that has now been corrected.)

However, Trump has used the correction to claim in a statement that “the original story was a Hoax, right from the very beginning,” which is untrue. The original story that got so much attention was Trump’s call with Raffensperger, for which we had the full and accurate transcript all along. It has not been corrected. Furthermore, it remains the case that Trump did in fact call Watson to insist he won the state and that she should turn up evidence revealing fraud. “The country is counting on it,” he said.

Overall, the Post’s correction changes what we know about the exact words Trump said to Watson, but it doesn’t fundamentally change our understanding of what Trump was saying to Georgia state officials at the time.

For a reporter trying to reconstruct a phone call that happened behind closed doors, there’s nothing more valuable than a recording. And for Trump’s call with Brad Raffensperger, such a recording was made and provided to the Washington Post. We could listen to Trump’s exact words and understand their full context. It was the gold standard of evidence.

If however a call was not recorded, the reporter must rely on either notes provided by a source, or the memories of a source, to reconstruct what happened. And given the vagaries of human memory, that’s where things can get a bit fuzzy.

Per the Post, this is the chain of events that led to now-corrected story on the Trump call with Georgia official Frances Watson:

Importantly, it doesn’t seem likely that there was malice in the misquotes. The new recording (first posted by the Wall Street Journal) does not get Trump off the hook. Trump is still inappropriately pressuring state officials to come up with findings that will swing Georgia’s result in his favor. And the accurate quotes don’t have a significantly different upshot. (If they had been simply paraphrased rather than in quotation marks, there would likely be no objection to them.)

What seems to have happened is that either Watson or Fuchs was a bit sloppy in what was an exact quote vs. a paraphrase, because they didn’t have the audio handy or strong notes.

The two differences that merited the correction were as follows. First, the Post originally claimed Trump told Watson to “find the fraud.” What he actually said was:

“If you can get to Fulton, you’re gonna find things that are gonna be unbelievable, the dishonesty that — that we’ve heard from — just good sources, really good sources. But Fulton is the motherlode you know as the expression goes, Fulton County…

So obviously Trump was telling Watson that fraud occurred and that she could “find” supposed evidence of it in Fulton County, but he did not use the exact phrase “find the fraud.”

Second, the Post originally claimed Trump said Watson would be “a national hero.” He did not say those words, but said (amidst incoherent and difficult-to-follow rambling) that her job was “the most important” in the country and that when the “right answer” comes out “you’ll be praised”:

‘It’s so important what you’re doing…

…It’s just, you have the most important job in the country right now…

…When the right answer comes out, you’ll be praised! I don’t know why —they made it so hard —they will be praised, people will say “great!”

…Whatever you can do, Frances. It’s a great thing. It’s an important thing for the country. So important. You have no idea, it’s so important.”

Again, if a journalism outlet uses quotation marks, it’s important to get those quotes exactly right. Fallibilities of human memory make attribution of exact quotes without rock-solid evidence an inherently tricky business, though. One wonders how many quotes in other major media stories or books would have to be corrected if audio recordings of their exact language emerged.

What the new recording does not do is present a substantively different picture of what Trump was up to on that call than the Post’s original story. Trump, though, is savvy about the fact that most people will only vaguely remember the details, will mix the Raffensperger and Watson calls up, and will see reports of a correction regarding Trump’s Georgia phone call. Those sympathetic to Trump or skeptical of the media will wonder if he got a bad rap regarding that larger story. He did not.

In The Trip to Greece, Steve Coogan and Rob Brydon eat, drink, and follow in Odysseus’s footsteps
Vox Sentences: Impeachment TV
Fake turquoise jewelry is hurting Native Americans economically
Some Mueller team members aren’t happy with Barr’s description of their findings
Why are you seeing this digital political ad? No one knows!
Ben Ray Luján is hoping to become one of the most influential Latino senators