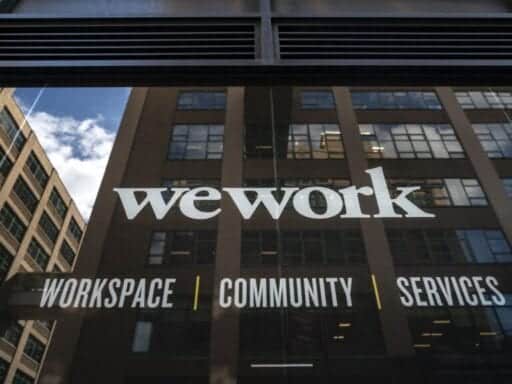 How giving founders super voting shares can hurt a company.

WeWork is drowning in the near-unfettered power it gave its CEO and founder Adam Neumann. The coworking startup, which now calls itself The We Company, recently postponed its IPO amid declining valuation — it’s now worth just a third of the $47 billion valuation it achieved earlier this year — and is facing impending layoffs as public investors question its poor corporate governance, unproven business model, and a slew of bad decisions. Now, in an extraordinary move, Neumann is stepping down.

Part of WeWork’s problem is something it has in common with a number of other highly valued tech startups: its voting structure. It’s also a warning sign for the rest of the technology industry about what can happen when a company’s power is concentrated among too few people.

To ensure that he could maintain control over WeWork, Neumann set up a multi-class voting structure for the company — which we’ll call super voting stock — that gives his shares much greater voting power than those sold to regular people.

In the case of WeWork, Neumann’s shares now have 10 votes for every one vote a regular person would get when they buy a share of WeWork. In its first public offering filings, his shares had been worth 20-to-1, a voting supremacy the company since curtailed as one of many corporate governance amendments meant to win back hesitant potential investors.

This setup would have made it extremely difficult for the company’s board to forcibly remove him if he hadn’t elected to step down on Tuesday.

Nearly 40 percent of tech IPOs so far this year have super voting shares, compared with 14 percent of non-tech companies, according to data* from Jay Ritter, an IPO expert and finance professor at the University of Florida. Companies have issued this type of stock for nearly a century, but the practice really took off in the last five years and particularly with tech companies.

For tech companies, the practice gives outsize power to founders and other early employees and investors, with the thinking that they know what’s best for the company and are willing to prioritize long-term goals over short-term rewards.

For investors, it can be a liability.

Super voting structures become a much bigger issue once a company is public and a much wider array of people gain exposure to its stock, but they can also encourage irresponsible behavior even in private companies

Case in point is another high-profile tech company whose stock structure contributed to its public meltdown: the ride-hailing giant Uber.

Its high-flying CEO Travis Kalanick also established super voting stock while Uber was still a private company. Like WeWork’s Neumann, Kalanick also took part in unprofessional behavior and made poor decisions that jeopardized the company’s future and his investors’ money. Uber’s top investors, despite not having the votes to do so, managed to force Kalanick to resign. A few months later, Uber changed its voting structure to be one share, one vote, something it retained as a public company.

“The experience of Uber pre-IPO and [WeWork] suggests super voting shares can foster an environment where founders behaving irresponsibly is tolerated by other investors who lack the voting power or inclination to challenge it,” Council of Institutional Investors Deputy Director Amy Borrus told Recode.

“People get blown away by charismatic founders who build something fast and big, and they’re maybe willing to overlook some real glaring governance weaknesses and bad behavior,” Borrus said. “It sounds great with a young company, but in the long term, it’s bad for investors because it makes management less accountable to shareholders.”

“Even though [Neumann] has voting control, he may give up his CEO position because it might mean that the shares that he owns will be worth considerably more,” Ritter told Recode a few hours before news came out that Neumann would do so.

That explains why Neumann stepped down.

“While our business has never been stronger, in recent weeks, the scrutiny directed toward me has become a significant distraction, and I have decided that it is in the best interest of the company to step down as chief executive,” Neumann wrote in the company press release about its leadership change.

That it has to get to this point shows some of the perils of super voting stock. However, the popularity of this stock voting structure seems likely to persist.

One reason is that a company having different stock classes doesn’t necessarily affect its stock performance.

Indeed, a number of multi-class stocks have done exceedingly well. Google, for example, has non-voting shares that essentially trade for the same price that single-voting shares do. Additionally, Google’s founders have a third share type that isn’t traded publicly but that is worth 10 votes each. Investors are still buying what they’re selling.

But that’s not the case for WeWork.

“We should not treat [WeWork’s present situation] as any evidence that the stock market is revolting against tech or wants different corporate voting structures,” Anup Srivastava, the Canada research chair at the University of Calgary who has written for the Harvard Business Review about both dual-class shares and WeWork, told Recode. “What happens with this company is because of problems at this company.”

* Ritter’s data excludes a number of atypical company types, like real estate investment trusts and special purpose acquisition companies, as well as IPOs with offer prices under $5 a share. His full methodology can be found here.

How these rocks became a Western movie cliché
Inside Jack Dorsey’s radical experiment: Rihanna, Jay-Z, and a new model for billionaires to use the...
A Catholic cardinal has weathered sex abuse allegations for years. Now they’re finally public
The world’s longest nonstop flight now lasts 18.5 hours
Why millennials are the “death positive” generation
The silent “sixth” sense