The White House, definitely not scared of socialism, issues report on why socialism is bad 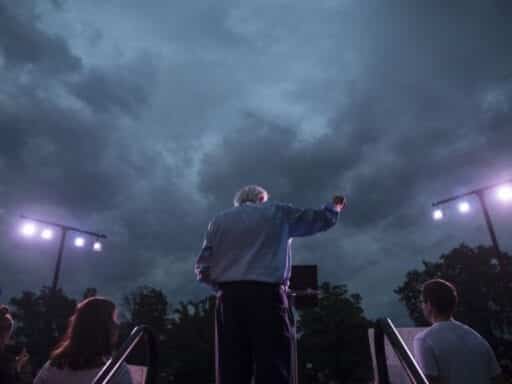 The Council of Economic Advisers (CEA) is normally one of the most cautious, academically oriented parts of the White House. Staffed and headed by professional economists, the CEA tends to issue serious academic explorations of problems in the economy, like market concentration and poor land use policy, with the occasional politically useful report (such as one showing the stimulus bill worked under Obama).

Under the Trump administration and chair Kevin Hassett, it has embraced a new goal: owning the socialists.

“The Opportunity Costs of Socialism,” a report released by the CEA on Tuesday, is a truly bizarre document. Its bibliography is a mix of books about mass atrocities in Communist regimes, economics papers on the distortionary effects of taxation, and works by socialists, like the essay Vox published by Jacobin staff writer Meagan Day defending democratic socialism.

The main task of the document is to draw a precise line between modern democratic socialists like Sen. Bernie Sanders (I-VT) and socialist authoritarians like Lenin, Mao, and Stalin. While offering periodic concessions that modern socialists “denounce state brutality and would allow individuals to privately own the means of production in many industries,” the report nonetheless insists that the similarities overwhelm the differences.

“We find that historical proponents of socialist policies and those in the contemporary United States share some of their visions and intents,” the report states. “They both characterize the distribution of income in market economies as the unjust result of ‘exploitation,’ which should be rectified by extensive state control.”

The comparisons only get more explicit from there, drawing a link between Sen. Elizabeth Warren (D-MA) and Mao Zedong because they both used the word “exploit”:

The Chinese leader Mao Zedong, who cited Marxism as the model for his country, described “the ruthless economic exploitation and political oppression of the peasants by the landlord class” (Cotterell 2011, chap. 6). Expressing similar concerns, current American senators Bernie Sanders and Elizabeth Warren have stated that “large corporations … exploit human misery and insecurity, and turn them into huge profits” and “giant corporations … exploit workers just to boost their own profits.”

Here, the CEA compares my colleague Sarah Kliff and Cornell economist Robert Frank (both cited in a footnote) to Lenin and Mao for arguing that single-payer health care can reduce administrative costs:

Echoing historic claims about state-run enterprises, it is claimed that the government monopoly will be more productive by avoiding“waste” on administrative costs, advertising costs, and profits and will use its bargaining power to obtain better deals from healthcare providers. Modern journalists and analysts routinely claim that single-payer programs are more efficient—and thus are similar in spirit to Lenin and Mao, who justified government takeovers on the basis of the virtues of single-payer programs.

The socialist narrative names the oppressors of the vulnerable, such as the bourgeoisie (Marx), kulaks (Lenin), landlords (Mao), and giant corporations (Sanders and Warren). Piketty (2014) concludes that the Soviet approach and other attempts to “abolish private ownership” should at least be admired for being “more logically consistent.”

A major portion of the report is devoted to arguing that collectivized agriculture does not work, a point readily conceded by just about everybody to the right of Pol Pot. If you did not know about the Holodomor in Soviet Ukraine, or the Great Leap Forward’s famine in China, the report provides a serviceable summary of those horrific events.

Throughout, there are odd touches that at times feel almost sympathetic to socialism. The report opens with a respectful acknowledgment of “the 200th anniversary of Karl Marx’s birth” that wouldn’t feel out of place at a Revolution Books event. A footnote clarifies that the report will avoid the term “Communism” out of deference to classical Marxist thought, in which “Communism” refers to a “social arrangement where there is neither a state nor private property.”

The report admits that contemporary socialists are likelier to cite the Nordic countries, like Sweden or Norway, as inspiration, rather than Maoist China. The CEA then argues that living standards in the Nordic countries are lower than in the US, but that they don’t count as true socialism, because they use cost-sharing in health care and rely heavily on consumption taxes.

The meat of the report’s case against the Nordic model is the claim that GDP per capita in the US is higher than in Denmark, Finland, Iceland, and Sweden (and US oil states like North Dakota and Alaska have higher GDP per capita than Norway, the Nordic petro-state).

This is a fair point, though one should note as well that the poor in Scandinavia are generally substantially better off than the poor in the US. How to balance that against the lower incomes of people in the middle in Scandinavia (especially when those lower incomes don’t have to pay for health insurance premiums or college tuition, when child care is heavily subsidized, etc.) is a moral question.

To illustrate the point, though, the report relies on the cost — I am not even making this up — of buying a pickup truck:

It is definitely true that Nordic countries take global warming much more seriously than the US and tax fossil fuels, and fuel-inefficient vehicles, accordingly. Whether “socialism makes it more expensive to buy a Ford Ranger XL” is a sufficient debunking of socialism, I’ll leave as an open question.

There are some valid points in the report. The discussion of the possible negative effects of single-payer on pharmaceutical innovation in the US, while quite possibly wrong (see Aaron Carroll and Austin Frakt for the contrary case), is at least pinpointing a plausible downside to a policy that would otherwise substantially improve living standards for the uninsured and underinsured.

But the single-payer section has its own baffling whoppers, like when the CEA argues that single-payer forces seniors to endure long wait times for doctor’s appointments. It bases this argument on the fact that the US has shorter waits for seniors — even though the US insures all seniors through a single-payer program: Medicare.

A different, better report, would have focused on cases like where government intervention has profound benefits but also corresponding tradeoffs, tradeoffs that it’s entirely legitimate to highlight. Instead, the report mixes one part respectable economic analysis with five parts 1950s-vintage Red Scare rhetoric.

No one in the US outside of the Revolutionary Communist Party USA thinks that Maoist China was a well-run country. It’s embarrassing for the White House to pretend otherwise.

How Wisconsin’s election disenfranchised voters
7 legal experts on how Kavanaugh views executive power — and what it could mean for Mueller
Kamala Harris has been criticized for her criminal justice record. She’s just begun to offer a respo...
Get ready for a second wave of economic pain
Why WeWork founder Adam Neumann is getting $1.7 billion to leave the company he ran into the ground
Facebook took down a Trump post for the first time