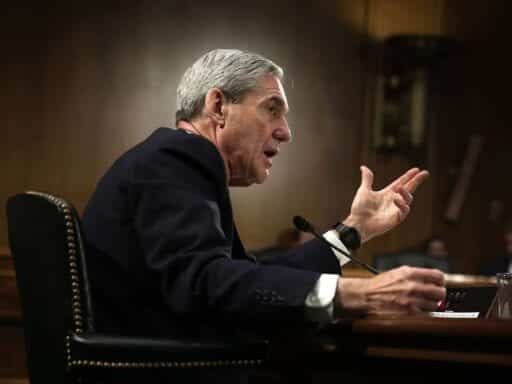 It didn’t condemn Russia at all.

The White House’s reaction to special counsel Robert Mueller’s indictments of 12 Russian spies on Friday included zero condemnation of Russia for interfering in a US presidential election.

Instead, it focused on bolstering President Donald Trump’s longtime arguments that there was “no collusion” between his campaign and Russia and that the interference didn’t change the outcome of the election.

What the White House statement didn’t choose to include, however, were quotes from Rosenstein about the need to “hold the perpetrators accountable” and “protect against future interference.”

Calling out Russia for launching a malicious attack on American democracy wasn’t a priority for the White House, it seems — a glaring omission many on Twitter noticed immediately:

The White House statement on today’s indictment includes no condemnation of Russia. It also refers to “alleged hacking.” The fact that hacking happened is not an allegation.

As Vox’s Andrew Prokop reports, Mueller filed an indictment on Friday afternoon against 12 Russian intelligence officers for crimes related to hacking and publicly releasing Democrats’ emails, allegedly as part of an effort to sway the 2016 presidential campaign.

The indictment offers more details around the high-profile hackings of the Democratic National Committee and the Democratic Congressional Campaign Committee, massive breaches which took place during the 2016 election. It ties both cyberattacks to intelligence officers from Russia’s military intelligence agency, the GRU.

What the indictment does not do, however, is allege that any Americans or any members of the Trump campaign were criminally involved in the hacking or leaks. As its statement makes very clear, the White House clearly wanted to make sure that was the top takeaway.