The Witcher has monsters and naked wizards. Somehow, it’s boring. 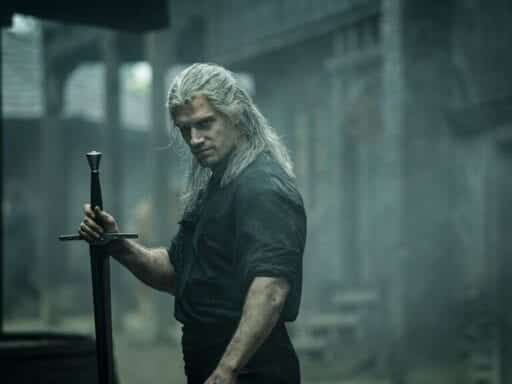 Henry Cavill and a lot of nude mages can’t save The Witcher.

During filming of Netflix’s new fantasy-action series The Witcher, star Henry Cavill’s workouts were apparently so intense and his bulk so massive that his muscles began wearing down his tough leather costumes at a rapid pace. Just the sheer enormity of his shoulders and glutes eroded the dead-cow clothes to unusable looseness. The Witcher’s designers had to constantly produce and reproduce outfit pieces to keep the shoots rolling.

Unfortunately, after watching eight uneven episodes of The Witcher’s first season, which debuts on Friday, December 20, I found using my imagination to fill in the myth of Cavill’s relentless costume grinding far more titillating than anything the show itself had to offer.

The only thing that this show appears capable of is retreating into tired fantasy tropes complete with dark warlords, gratuitous nudity (predominantly female), and chaotic evil women that could, in a moment of heated anger, obliterate the world. It’s as if D.B. Weiss and David Benioff, clearly out of steam after showrunning that final season of Game of Thrones, found a way to sell off their unused, undercooked ideas under the table to the powers that produce The Witcher.

All those ruined outfits were, it seems, for naught.

The Witcher wants to have fun without having anything to say

Before making its way to Netflix, The Witcher was originally a series of Polish fantasy novels first Andrzej Sapkowski and published in the 1990s. The series was eventually adapted into a 2001 fantasy film, a subsequent Polish television series in 2002 , and a hugely successful video game franchise beginning in 2007. The film and television series were considered the poorest representations of Andrzej Sapkowski’s novel; Netflix’s English adaptation, created by Lauren Schmidt (The Umbrella Academy), will give those two a run for their money.

The Witcher novels are touted by its fans for their world-building, and how they incorporate Eastern European myth in new ways. The series revolves around a white-haired, chiseled mutant named Geralt of Rivia (Cavill), who is a monster-hunter that’s been shunned by society. One would think that someone who rids towns of evil monsters and is relatively attractive in a supernatural way would find it easy to make friends, but that’s not the case, as regular folk look down on his profession. (Chalk up that improbability to fantasy.)

Cavill’s turn as Geralt is one of the bright spots of the show. Cavill isn’t relying on the natural charm that allowed him to play Superman, but instead taps into a gruffer, more menacing side. He plays Geralt as a man stocked with curt lines, eye rolls, and furrowed stare downs. Geralt’s the smartest and most skilled person in every room, and he spends his time frustrated or annoyed at the incompetent souls around him.

Each of the episodes — Schmidt has writing credits for all eight episodes, while six other writers are credited for one episode each — more or less functions as a Monster of the Week procedural, with Geralt tasked with killing a monster, a supporting character regurgitating a Wikipedia article about said monster, and then many, many minutes of Geralt slaying the monster before getting shunned, moving on, and repeating the process.

The Witcher has a bad habit of explaining things the minute they happen, like the folklore and mythology and whatnot — a signal that we should really care about a striga (a screaming monster from Slavic folklore) or a kikimora (a demonic spirit), and a nod to Sapkowski’s world-building and a wink to video game fans. But it also has a habit of tossing some of this information away just as quickly between episodes, simultaneously signaling that most of everything we’re being told is disposable.

Looming beyond these monsters du jour and stray strigas is something actually important: a princess named Ciri from the kingdom of Cintra that is part of Geralt’s destiny. If you’ve seen other fantasy shows or movies, it’s not hard to deduce that Ciri has powers. Which is why the series’ villains, a group known as the Nilfgaard Empire, have sacked Cintra, a kingdom commanded by the bawdy queen Calanthe. Nilfgaard desperately wants to kidnap Ciri so that it can use her powers to take over the world for its own gain.

In another corner of the continent is Yennefer of Vengerberg, an abused, disabled woman with a hunchback (the hunchback is primarily the reason for the abuse), who the show demands we know her significance by abruptly and heavily focusing on her as early as its second episode.

At the onset, the show fails to explain why we’re supposed to care about her or how this woman, living with a terrible family, snaps into the puzzle of Geralt’s destiny since she’s not from Cintra nor does she seem to be within Geralt’s general orbit. But it’s quickly made clear that she’ll be the secondary protagonist of the show, because she’s recruited into a league of powerful sorceresses by a very stern female mage named Tissaia de Vries.

Yennefer, despite her disability, has high magical potential because she’s brimming with unbridled chaos, Tissaia says. Even though Yennefer fails the traditional tests of sorcery, Tissaia keeps pushing her, and eventually Yennefer begins to fulfill her potential.

At some point, you get the sense that Yennefer will represent a lesson about how greatness can come from the people, women especially, who we overlook the most. Which is a fine lesson to teach, except that Yennefer is almost immediately transformed into a hot, booby witch.

Mages like Yennefer are meant to be the companions of kings, and to achieve that, they also have to be beautiful. Luckily for Yennefer and her fellow mages, they have a special plastic surgeon mage (I’m not making this up) that can change their appearance however they want, which means making them hot to men. It says a lot that Geralt only meets Yennefer after Yennefer undergoes her transformation, and after said transformation, the show then includes a barrage of scenarios in which Yennefer does a lot of topless magic.

Essentially, these ultra-powerful mages who can bend nature and reality to their will are just content with being hot and serving as right hands to their respective kings. It doesn’t make total sense even within the story — but it’s perfect if you want to create a show with very good-looking women doing lots of fun, topless magic and lots of mystical robes with chest cutouts.

Aside from this mystic boob-show loophole, it’s actually the lack of imagination or ingenuity is the true letdown of The Witcher.

The biggest of the show’s problems is its weak writing. From Geralt’s adventures, to the kingdom of Cintra, to Yennefer, there are myriad characters who exist just to talk story to each other and the audience. The exposition leads to a plodding pace out of the gate, and it also undercuts any kind of emotional impact that Geralt’s loneliness, or Ciri’s destiny, or Yennefer’s upheaval might yield.

The easiest comparison to make here is, unsurprisingly, Game of Thrones. The Witcher’s dependence on high fantasy tropes with ostentatiously F-bomb-laden antiquated English mixed in is pure Game of Thrones, which has become the model for fantasy TV series aimed at adults. And no doubt Netflix is hoping that fans searching for a GoT replacement might forgive The Witcher’s faults and stick with it.

But Game of Thrones, even in its horrendous last season, always told stories with greater meaning and ramifications than simplistic character-based quests. Usually, its themes revolved around power, and the maniacal lengths that people would put themselves through to achieve it whether for their own personal or moral gain. That thematic guidance is absent in The Witcher, where characters function more like action figures playing around in different stories, and the adventures feel more like fleeting topics.

Each time a character opens their mouth, they dump out a laundry list of basic information: their name, title, occupation, and current objective. One character even unloads these bland story details upon a dead baby at one point — that’s the level of riveting dialogue to expect from The Witcher.

When I realized that I felt bad for the baby not because it was dead, but because it couldn’t even rest in peace without being talked plot at, I knew that The Witcher had nothing more to actually say to me. I suppose we, dead baby included, can’t be as lucky as Henry Cavill’s leather, only experiencing The Witcher in tiny doses and getting to do so while being worn to death by the mortal hug of Cavill’s thighs.

William Barr, Trump’s nominee for attorney general, heads to the Senate on Tuesday
Facebook took down a massive “Stop the Steal” group after its members called for violence
Huge wildfires are spreading in California, Oregon, and Colorado. They’re poised to get worse.
Catastrophe’s final scene is perfect
An extraordinary Twitter breach compromises everyone from Elon Musk to Kanye West
8 winners and 5 losers from the 2018 Emmy Awards