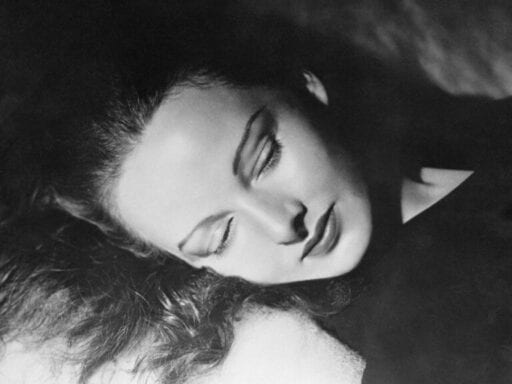 M.F.K. Fisher’s How to Cook a Wolf shows us how to take joy in the hardest of times.

In the midst of all that is happening right now, some people want to immerse themselves in horror movies and pandemic stories. Others want to be swaddled in sweet low-stakes rom-coms and cooking shows. Me, I want stories about people dealing with terrible things in hands-on, practical ways. That’s why I’ve been mainlining M.F.K. Fisher’s World War II cookbook, How to Cook a Wolf.

How to Cook a Wolf is not exactly a classic cookbook. It’s a collection of essays and musings and memories and recipes, and because it was first published in 1942, it is entirely focused on how to survive during wartime. In How to Cook a Wolf, food supply lines are disrupted, fuel is scarce, and everyone has to remember to build a “blackout shelf” to be sure they’ll have enough to live on in case there is a bombing and they can’t go out to get groceries. “Probably the best way to stock your shelf,” Fisher observes, “is to buy two cans of vegetables when you need only one, if your local rationing allows it.”

Fisher (who died in 1992, at age 83), is one of America’s great food writers. She’s also just one of America’s great writers, full stop. She writes precise, sensual prose, lavish with adjectives that shouldn’t quite work but always do. I think all the time of her description of vichyssoise — leek and potato soup, served cold — and “its robust delicacy, its frigid smoothness, its slightly vulgar but so dainty sprinkling of chives on the white surface.” One of Fisher’s favorite adjectives is voluptuous, and I’ve often mused that we should outlaw the usage of that word for everyone except Fisher, because she alone understands what an odd and dirty word it is.

Voluptuousness features rarely, however, in How to Cook a Wolf. Instead, the book is concerned with making it through a time of scarcity with life, limb, and a capacity for joy intact. There’s one chapter called “How to Stay Alive” devoted to those times when “the wolf has one paw wedged firmly into what looks like a widening crack in the door” — in other words, when you have no money — in which Fisher advises readers to borrow 50 cents (about $8.30 today) and spend it on meat, whole-grain cereal, and coarse vegetables, all of which can be ground up into a sludge that will feed you for a week. “It is functional, really,” Fisher explains: “a streamlined answer to the pressing problem of how to exist the best possible way for the least amount of money. I know, from some experience, that it can be done on this formula.”

In other chapters, Fisher allows for more flights of fancy. She recommends boeuf tartare as a “somewhat barbaric dish … best with crisp bread and a glass of fairly plain red wine,” which she has often found helpful “when I was tired and wanted a quick pickup.” Roast pigeon she sets great store by, as a recipe she used to “route” the proverbial wolf from the door, “because of the impertinent recklessness of roasting a little pigeon and savoring it recklessly and voluptuously too.” (She can’t help herself!)

But even when you have only mediocre ingredients, Fisher says, you can still make a good dish. She herself has often settled for frozen peas, iceberg lettuce, and salted butter, and yet “my petit pois more-or-less à la Française have always pleased me.”

I am not recommending How to Cook a Wolf for the recipes. They’re 1942 recipes, and even if you wanted to roast a pigeon or jug a hare I have no idea how you would get the ingredients right now. This book has outlived its function as a practical how-to guide.

But the reason it has outlived its function — and the reason I am recommending it to you now — is that How to Cook a Wolf is more than practical. It is a reminder that even in the hardest of hard times, we can still survive, and we can still take joy from the world.

The wolf is at our door right now. Let’s cook it and eat it.

Disney’s Lion King remake is just like the original, but without the magic
The neoconservative fantasy at the center of the Suleimani killing
The government is distributing emergency Covid-19 supplies. But some states are losing out.
The one where the Friends logo won’t go away
Sarah Sanders and the failure of “civility”
Trump finally has his Space Force — and it will make orbital security its priority