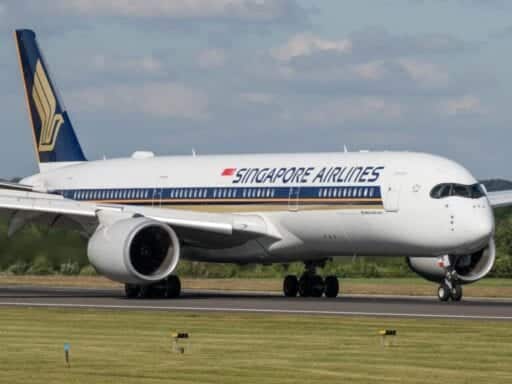 And you’ll probably never take it.

Right now, the world’s longest nonstop flight is on its way from Singapore to New York. Starting in Changi Airport, the Singapore Airlines flight departed at 11:35 pm local time and will land at Newark Liberty International Airport at 6 am Friday, covering more than 9,500 miles. The journey will take approximately 18 hours and 25 minutes, surpassing the previous record of 17 hours and 20 minutes for a flight from Auckland, New Zealand, to Doha, Qatar.

Although the flight is receiving lots of hype, this is not its first go-around. Singapore Airlines offered the same route from 2004 to 2013 but eventually ceased operation because it was not profitable. This time, the airline has upgraded to a more fuel-efficient aircraft and is hoping for a different outcome. The flight is scheduled to run three times a week until October 18, after which it will be deployed daily.

Here’s what’s different about the ultra-long-haul flight this time around, and what it’s like on board.

When Singapore Airlines launched the same flight in 2004, it was using a four-engine Airbus 340-500. According to aviation economics expert and senior vice president of ICF Aviation Samuel Engel, the aircraft could not efficiently distribute its space between people, baggage, freight, and fuel. All of these work to fill a plane’s payload, or the amount of weight an aircraft can carry. In order for a flight to be profitable, it must hold enough revenue-making cargo, such as humans and baggage, to balance out the non-revenue-making cargo, such as fuel. The Airbus 340-500 didn’t fit the bill.

The aircraft making the long-haul trip this time around is the new Airbus A350-900ULR, which only has two engines. Because the plane is more fuel-efficient, significantly less space has to be devoted to fuel, meaning more can be used for paying customers. To further maximize profit, Singapore Airlines eliminated economy seats and is only offering 67 business-class and 94 premium economy tickets.

Engel adds that in 2004, there was more hesitation about flying long distances because such long-range flights were rarely done, whereas today, people are more used to the idea (after all, this flight is only one hour longer than the flight from Auckland to Doha). “When Singapore Airlines launched this flight last time, nobody had done anything like it and they feared they needed special accommodations,” he says. One of the accommodations? A compartment for corpses should the flight literally kill you.

The aircraft was also built to accommodate jet lag and atmospheric needs. The cabin is pressurized to 6,000 feet versus the typical 8,000, and humidity is kept at 20 percent, which is 10 percent more than on a traditional plane. As Joseph Stromberg wrote for Vox, low humidity is one of the main things that can make flyers feel dehydrated, and higher altitude pressurization can contribute to lightheadedness.

The cabin can also create multiple climate zones and has 16 million ambient lighting settings that can help set travelers’ circadian rhythms. According to CNN Travel, it also features high ceilings, LED lights, and almost vertical walls, softening the tube effect felt in most planes. All of this is meant to create a more comfortable flying experience — welcome on a flight that lasts nearly a full day.

Long flights are not unfamiliar to those who travel internationally. Anyone who has visited India or Australia has probably spent large amounts of time confined to an airplane seat. But the price of the Singapore-New York route could prove a high barrier to entry for many travelers.

I looked up what it would cost for a ticket to fly out a month from today. According to the Singapore Airlines website, a round-trip nonstop fare would be $1,953; a round trip on the same dates with one stop is $967. Engel says the nonstop flight will likely be used largely by the corporate market. “A route like this lives and dies by business traffic,” he says.

An informal poll of my friends found that everyone was open to taking the flight, but everyone suggested different amenities. One from Houston said her initial reaction to the service was positive, but ruminating on the time she’d actually spend on the plane made her claustrophobic. She said she would need room to stand up and the ability to walk freely down the aisles (“anything to feel less trapped”).

Another from New York said a shower would be nice, and one from New Jersey said some sort of desk could make the journey more tolerable. One St. Louis traveler said she has been on 15-hour flights before and when you’re in the air that long, time become irrelevant. She also reminded me that “sleeping pills exist.”

Because of the extensive costs to everyone involved, Engel says he doesn’t see ultra-long-range, nonstop flights proliferating. Although the new aircraft is more cost-efficient than its predecessor, it’s still incredibly expensive to operate, not only because of the cost of fuel but also because of the amenities and staffing. This flight will have to employ double the number of flight attendants of a typical international flight, as the long hours require they take shifts; that also means double the seating space to accommodate them, which also cuts into profit margins.

With operating costs so high, airlines won’t be able to offer direct routes for a cheaper price. And the demand for expensive, ultra-long flights is slim. “The market needs to be rich enough to be willing to pay for that extra convenience of a nonstop flight, and there are simply not that many markets in the world like this,” Engel says.

In order to offer more ultra-long-haul flights, airlines would have to invest in more specialized aircraft, which also isn’t in their best interest. “They prefer not to create a mini fleet inside their standard fleet because that adds complexity for the business,” Engel says, “They would rather have aircraft they can use in any route.” Meaning: If you’re planning to travel to the other side of the world, expect to still have to deal with a connection or two.

One surprisingly simple reason evangelicals love Trump
Scientists explain why it’s unlikely the coronavirus escaped from a Chinese lab
Meet the Criterion Channel, the most fun way to become a film buff
Congress finally passes $19 billion in disaster aid
Why the White House just announced sanctions on Turkey
Tech billionaires are already mounting a pressure campaign to prevent the next pandemic