The world’s pollution will finally be tracked in real time. That’s huge. 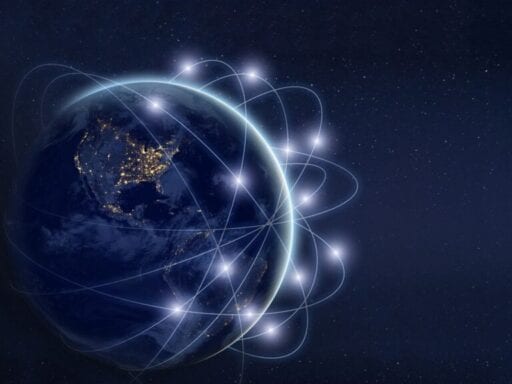 The new Climate TRACE Coalition is assembling the data and running the AI.

There’s an old truism in the business world: what gets measured gets managed. One of the challenges in managing the greenhouse gas emissions warming the atmosphere is that they aren’t measured very well.

“Currently, most countries do not know where most of their emissions come from,” says Kelly Sims Gallagher, a professor of energy and environmental policy at Tufts University’s Fletcher School. “Even in advanced economies like the United States, emissions are estimated for many sectors.” Without this information “you cannot devise smart and effective policies to mitigate emissions,” she says, and “you cannot track them to see if you are making progress against your goals.”

The lack of reliable data leads to endless time spent haggling over monitoring, reporting, and verification, and a persistent background level of mutual suspicion. In late 2015, just before the 2016 international climate negotiations in Morocco, China revealed that it had underestimated the amount of coal it burned by 17 percent — one billion tons of additional greenhouse gas emissions, equal to the emissions of Germany’s entire energy sector. That kind of thing does not build confidence.

The ultimate solution to this problem — the killer app, as it were — would be real-time tracking of all global greenhouse gases, verified by objective third parties, and available for free to the public.

When countries began meeting under the UNFCCC in the mid-1990s, that vision was speculative science fiction. It was basically regarded as science fiction when the Paris Agreement was signed in 2015. But science moves quickly — in particular, artificial intelligence, the ability to rapidly integrate multiple data sources, has advanced rapidly in recent years.

Now, a new alliance of climate research groups called the Climate TRACE (Tracking Real-Time Atmospheric Carbon Emissions) Coalition has launched an effort to make the vision a reality, and they’re aiming to have it ready for COP26, the climate meetings in Glasgow, Scotland, in November 2021 (postponed from November 2020). If they pull it off, it could completely change the tenor and direction of international climate talks.

It could also make it easier for the hundreds of companies, cities, counties, and states that have made ambitious climate commitments to reliably track their process. “Trying to build up such an infrastructure the old, bottom-up way won’t get us where we need to be in time,” says Fransen, “so I’m thrilled that a big, smart, and well-resourced coalition is taking this on with an ambitious vision and a novel approach.”

Let’s have a closer look at that approach and then consider its implications for climate politics.

The story begins last year, when a group of nonprofits, including US-based WattTime and UK-based Carbon Tracker, applied for and won a $1.7 million grant from Google.org (Google’s philanthropic arm) to track global power plant emissions in real time using satellite data and AI algorithms. Google.org likes it so much they sent a team to help with the project.

In May 2019, I wrote a story on the effort and its implications. “The next day our phone started ringing,” says WattTime founder and executive director Gavin McCormick. (WattTime is now a part of the clean energy nonprofit Rocky Mountain Institute.) Other research organizations told him, “this is really cool that you can do this in the power sector, but climate change is a lot bigger than the power sector,” McCormick says. They began offering up data helpful to tracking other sources of greenhouse gas emissions, with an eye toward eventually covering all of them.

“One of my favorite examples is OceanMind,” he says. “They had been in the business of using entirely different types of sensors [the Automatic Identification System, a global network of onboard transponders] to detect illegal fishing. They were able to track every ship in the world in real time.” Based on ships’ movement and engine specifications, their GHGs can now be monitored in real time.

One of the early phone calls came from Al Gore, who had been looking for more reliable ways to track emissions and also saw the Vox article. He and McCormick began collaborating and reaching out to other groups.

The reception was better than they had hoped. “Every organization that I’ve approached has been enthusiastic,” Gore says. “So far, the response has been incredible.”

“I’m trained as an economist, so I’m used to being real cynical,” says McCormick, “but over the last year, we found companies saying, ‘we just think this is important — we can’t keep [our data] siloed any longer.’”

These various data sources and trackers have come together as Climate TRACE. The coalition is adding other partners and covering more and more emissions. The eventual result will be comprehensive, reliable, publicly accessible global emissions data, accompanied by periodic reports.

Proud to introduce @ClimateTRACE! A new coalition using AI, satellites, machine learning, & other tech to build the world’s first tool to trace all human-caused pollution to the source in real time. Here’s my @Medium post w/ Gavin McCormick from @WattTime.https://t.co/RTmSsJ8kg1

In addition to Gore and WattTime, the coalition now contains:

The coalition will also be gathering data from a variety of other sources, from power grid data to fuel sales, sensor networks, and drones.

“The trick has been combining different data sources,” says McCormick. All the data will be fed into the AI, which for now is a basic prototype. It will improve over time as the algorithms become more sophisticated and more sources come online.

Fransen cautions that the satellite data available today is not a “silver bullet for all the holes in our GHG data.” She points to “limitations in terms of the resolution and frequency of emissions-monitoring satellites that are currently operating,” though that will improve as governments continue to invest in the technology.

She also notes that “some of the low-hanging fruit that these novel approaches can help with are the same sources for which we already have relatively robust estimates from conventional sources,” like energy-related emissions. She is encouraged that TRACE is also looking to “activity data,” i.e., “data on activities that generate emissions, like driving, farming, etc.”

Gore acknowledges that “this is a work in progress,” but says the coalition is aiming big: “everything that can be known about where greenhouse gas emissions are coming from will be known, in near-real time.”

The politics of radical emissions transparency

If the TRACE coalition is successfully able to gather comprehensive data, build the AI to make sense of it, and make its results accessible to the public (which for now remains an open question), it will be like flipping on a light switch in a room that has been dimly lit with candles. More or less overnight, the world’s real-time flow of greenhouse gas emissions, previously estimated, will become visible.

“Such an initiative is long past due,” she says, “and it is absolutely essential to improving our management of greenhouse gas emissions around the world.”

Among other things, she says, “having real-time data will help parties to the UNFCCC better understand where and why they are falling short, and conversely, where they are doing better than expected and might be able to increase ambition in their next round of [nationally determined contributions].”

Most international disputes over monitoring, reporting, and verification would effectively be mooted. “A system where everyone can see the same numbers, those numbers are grounded in real physics, and everyone can know that everyone else is telling the truth,” McCormick says, “may have a significant effect on the tone, taking a little of the negativity out of some of those negotiations.”

What began as an initiative to measure emissions from the world’s power plants has grown into something bigger than we could have imagined. We’re thrilled to unveil @climatetrace. Soon GHG emissions tracking for every sector and country will be a reality. https://t.co/vuhMjvn7Rh

It’s not just that the system would help identify errors and scofflaws. “It will empower the people who really are interested in reducing their emissions,” Gore says. Voters can hold politicians accountable for their climate promises. Workers, investors, and regulators can hold companies accountable. Countries can hold one another accountable.

Transparency will bring accountability, as long as the coalition can maintain the trust of all the parties involved. “It is extremely important for this effort to be independent and reliable,” Gore says, “and for it to constantly improve.”

What gets measured gets managed. If the Climate TRACE coalition accomplishes what it has set out to do, global greenhouse gases will finally be measured — and there will be no excuses left not to manage them.

Jeff Sessions might have just lost his most important supporter: the Senate
How Joss Whedon’s feminist legacy unraveled
Sandra Oh is the first Asian woman to earn a Lead Actress Emmy nomination
Trump has created a loophole to allow pipelines to avoid environmental review
Trump’s new recovery plan doesn’t include police reform
How zero-sum thinking about race hurts all Americans