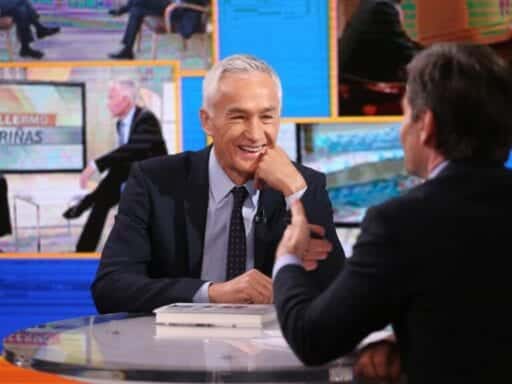 A group of ABC News and Univision reporters will moderate the third Democratic debate, which is slated for Thursday, September 12, and will be broadcast on those same networks. They are Linsey Davis, George Stephanopoulos, David Muir, and Jorge Ramos.

Although there will be just one night of debate this time around, given more stringent qualifying requirements, moderators will still have to navigate a crowded stage. September’s debate includes 10 participating candidates, all of whom have accrued at least 130,000 donors and polled at 2 percent or more in four recent polls from a specific list of organizations. It will effectively be the first time many top-tier 2020 candidates are onstage at the same time — former Vice President Joe Biden and Sen. Elizabeth Warren, for example, have not previously shared a debate stage.

As such, the moderators will play a pivotal role in directing questions and ensuring that every candidate has an opportunity to make their case. All four moderators are anchors or correspondents with ABC News or Univision:

The debate, which starts at 8 pm ET at Texas Southern University, is expected to run for three hours.

The Democratic National Committee has made a commitment to increasing the diversity of debate moderators this cycle and agreed to include at least one person of color and one woman in every debate.

Given how historically white and male the debate space has been, greater diversity among moderators on the stage has been a priority for advocacy groups, including NARAL, Emily’s List, and Color of Change.

In an open letter this spring, the groups urged media outlets and other organizations to ensure that at least 50 percent of the moderators running the debates would be women and at least 50 percent would be people of color. UltraViolet Action, an organization dedicated to gender equity, spearheaded the letter, which also called out sexism in political media coverage writ large.

Thus far, the DNC has lived up to its pledge.