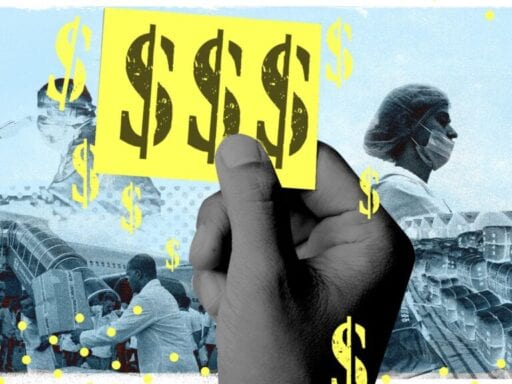 You can save lives with your giving. Here’s how.

Giving to charity is great — not just for the recipients but for the givers, too.

But it can be intimidating to know how to pick the best charity, especially when there are thousands of worthy causes to choose from. Here are a few simple tips that can help.

1) Check in with charity recommenders

It’s of course possible to research charity options yourself, but it’s probably better to outsource that labor to a careful, methodologically rigorous charity recommender like GiveWell. (Charity Navigator and Guidestar can be useful resources too, but they don’t try to rank charities or assess which do the most good for the lowest cost.)

GiveWell chose those nine charities in order of how much good additional donations would do, not necessarily how good the groups are overall; in other words, these are organizations that can put new funding to use, rather than sitting on it.

GiveWell recommends that, if you want to maximize your giving, you give through GiveWell to dispense the money at its discretion; GiveWell gets regular information on which highly effective charities need more money and which ones don’t, and can direct donations more efficiently than an individual donor. If you’re not comfortable leaving your giving up to them, the group recommends giving 70 percent of your donation to Against Malaria and 30 percent to the Schistosomiasis Control Initiative.

GiveWell’s recommendations rely heavily on both evaluations done by charitable organizations and existing research literature on the kind of intervention the charities are trying to conduct.

For example, its recommendations of SCI, Sightsavers, the END Fund, and Deworm the World are based on research suggesting that providing children with deworming treatments could improve educational, economic, and other outcomes.

Research from the Poverty Action Lab at MIT suggests that giving away insecticidal bed nets for free — as the Against Malaria Foundation does — is vastly more effective than charging even small amounts for them.

And while cash certainly has its limits, hundreds of studies have found largely positive effects for the kind cash transfers that GiveDirectly distributes.

It’s really hard to adequately express how much richer developed nations like the US are than developing ones like Kenya, Uganda, and other countries targeted by GiveWell’s most effective charities. We still have extreme poverty, in the living-on-$2-a-day sense, but it’s comparatively pretty rare and hard to target effectively. The poorest Americans also have access to health care and education systems that are far superior to those of developing countries. Giving to charities domestically is admirable, of course, but if you want to get the most bang for your buck in terms of saving lives, reducing illness, or improving overall well-being, you’re going to want to give abroad.

GiveWell actually looked into a number of US charities, like the Nurse-Family Partnership program for infants, the KIPP chain of charter schools, and the HOPE job-training program. It found that all were highly effective but were far more cost-intensive than the best foreign charities. KIPP and the Nurse-Family Partnership cost more than $10,000 per child served, while deworming programs like SCI’s and Deworm the World’s generally cost between $0.25 and $1 per child treated.

Alternatively, you could consider giving to non-humans. Animal charities, particularly those engaged in corporate pressure campaigns to better the treatment of farm animals, chickens in particular, can be effective in improving animal welfare. The charity evaluations in this area are much younger and less methodologically rigorous than GiveWell’s, but Animal Charity Evaluators has named three animal groups that may be effective causes for donations:

Another option is giving to groups like GiveWell, Innovations for Poverty Action, the Life You Can Save, Giving What We Can, and 80,000 Hours that evaluate development approaches/charities and encourage effective giving. Suppose that every dollar given to Giving What We Can — which encourages people to pledge to donate at least 10 percent of their income until retirement — results in $1.20 in donations to the Against Malaria Foundation. If that’s the case, then you should give to Giving What We Can until the marginal effect on donations to Against Malaria hits $1 or lower.

If you only care about reducing early mortality and giving people more years to live, then you should give all your donations to the Against Malaria Foundation, the Malaria Consortium, or Helen Keller International. Malaria is a frequently fatal disease, and cost-effective interventions to reduce malaria infection are a great way to save lives. Similarly, Vitamin A supplementation, like HKI does, is an effective way of reducing child mortality.

But the rest of the charities GiveWell recommends don’t mainly focus on reducing mortality. Quality of life matters, too. Parasitic infections hamper children’s development and education, which can have negative consequences lasting decades. Having increased access to cash may not extend the life of a No Lean Season or GiveDirectly recipient, but it does make life considerably more pleasant.

6) Don’t give to a big charity

You’ll notice that all of the charities GiveWell recommends are reasonably small, and some big names are absent. That’s not an accident. In general, charity effectiveness evaluators are skeptical of large relief organizations, for a number of reasons.

Large organizations tend to be less transparent about where their money goes and also likelier to direct money to disaster relief efforts, which are usually less cost-effective, in general, than public health programs. “Overall, our impression is that your donation to these organizations is very hard to trace, but will likely supplement an agenda of extremely diverse programming, driven largely by governments and other very large funders,” writes GiveWell cofounder Holden Karnofsky.

One of the main charities I support is GiveDirectly, which is one of only two causes outside public health (along with No Lean Season) to get GiveWell’s top rating, and, to my knowledge, the only charity devoted to unconditional cash transfers. I give to them partly because there’s a large body of research on the benefits of cash transfers, which I find quite compelling.

But I donate to GiveDirectly mostly because I don’t trust myself to know what the world’s poorest people need most. I’ve been profoundly lucky to never experience the kind of extreme poverty that billions of people worldwide have to endure. I have no idea what I would spend a cash transfer from GiveDirectly on if I were living on less than $2 a day in Uganda. Would I buy a bed net? Maybe! Or maybe I’d buy an iron roof. Or school tuition for loved ones. Or cattle.

But you know who does have a good sense of the needs of poor people in Uganda? Poor people in Uganda. They have a very good idea of what they need. Do they sometimes misjudge their spending priorities? Certainly; so do we all. And bed nets and deworming treatments appear to be underpurchased relative to the actual need for them. But generally, you should only give something other than cash if you are confident you know the recipients’ needs better than they do. With the exception of bed nets — which really do seem underprovided when they’re just put up for sale rather than given away for free — I’m not confident of that. So I give cash.

As the World Bank’s Jishnu Das once put it, “‘Does giving cash work well’ is a well-defined question only if you are willing to say that ‘well’ is something that WE, the donors, want to define for families whom we have never met and whose living circumstances we have probably never spent a day, let alone a lifetime, in.” If you’re not willing to say that, then you should strongly consider giving cash.

This week in TikTok: Why are celebrities being so weird in quarantine?
New York is suing the Trump administration over denying residents access to Global Entry
Why #NeverWarren should make you nervous about 2020
A British woman died after being poisoned with a nerve agent. The UK blames Russia.
Why everyone hates the Patriots
Game of Thrones’ showrunners won’t be directing Star Wars after all