These are the House Republicans voting to impeach Trump 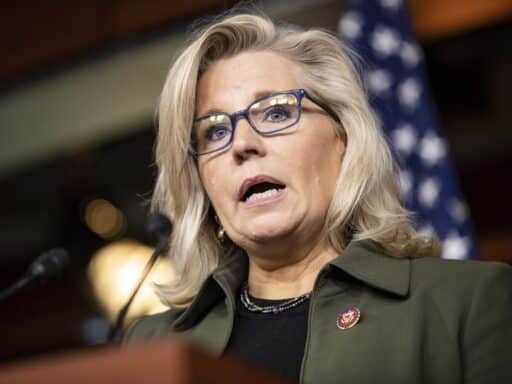 At least six House Republicans have said they will vote in favor of Trump’s impeachment.

Though House Republicans are largely standing by President Donald Trump during an impeachment vote on Wednesday, a small — but significant — group of GOP lawmakers are voting to impeach, making the push for the president’s removal a bipartisan one.

As of Wednesday afternoon, six Republicans including Reps. Liz Cheney (WY), John Katko (NY), and Adam Kinzinger (IL) had announced their plans to support impeachment in the wake of the violent January 6 attack on the Capitol. All six emphasized that they were doing so because of Trump’s role in inciting the insurrection that took place and his attempts to interfere with the peaceful transfer of power.

Their support is notable and marks a stark change from last year when no House Republicans backed Trump’s impeachment. At the time, then-Rep. Justin Amash, a Republican-turned-independent was the only non-Democrat to vote in favor of the articles.

Cheney’s stance, in particular, stands out given her position as the chair of the House Republican conference, which makes her the third-highest-ranking GOP member in the lower chamber. She stressed that she is impeaching Trump for stoking the violence perpetrated by a mob of rioters at the Capitol.

“The President of the United States summoned this mob, assembled the mob, and lit the flame of this attack,” Cheney said in a statement. “Everything that followed was his doing. None of this would have happened without the President.” Five people have died due to injuries sustained during the storming of the Capitol last week.

Cheney’s statement is in stark contrast to that of many House Republicans, who’ve urged “unity” and called for lawmakers to move on as a new administration gets underway. Her remarks have already prompted significant backlash from other members including Trump allies Jim Jordan (R-OH) and Paul Gosar (R-AZ), who are now urging for her to step down from her role in Republican leadership.

The fracturing within the House Republican conference underscores how the party remains split on its allegiance to Trump and the influence he will hold moving forward. Increasingly, a group of establishment Republicans in both the House and Senate are breaking with Trump following his attempts to challenge the election outcome, signaling an attempt by some members to turn away from him. Still, because of the support Trump holds with much of the Republican base, many lawmakers are continuing to side with the president.

The House is expected to approve the article of impeachment Wednesday afternoon, after which it heads to the Senate — where no Republican senator has publicly supported Trump’s conviction yet, though a few have called for his resignation. Below is a running list of the House Republicans supporting impeachment and what they’ve said about it.

“Much more will become clear in coming days and weeks, but what we know now is enough. The President of the United States summoned this mob, assembled the mob, and lit the flame of this attack. Everything that followed was his doing. None of this would have happened without the President. The President could have immediately and forcefully intervened to stop the violence. He did not. There has never been a greater betrayal by a President of the United States of his office and his oath to the Constitution.”

“It cannot be ignored that President Trump encouraged this insurrection — both on social media ahead of January 6th, and in his speech that day. By deliberately promoting baseless theories suggesting the election was somehow stolen, the president created a combustible environment of misinformation, disenfranchisement, and division. When this manifested in violent acts on January 6th, he refused to promptly and forcefully call it off, putting countless lives in danger.”

“There is no doubt in my mind that the President of the United States broke his oath of office and incited this insurrection. He used his position in the Executive to attack the Legislative. So in assessing the articles of impeachment brought before the House, I must consider: if these actions—the Article II branch inciting a deadly insurrection against the Article I branch—are not worthy of impeachment, then what is an impeachable offense?”

“Today the President characterized his inflammatory rhetoric at last Wednesday’s rally as ‘totally appropriate,’ and he expressed no regrets for last week’s violent insurrection at the U.S. Capitol. This sends exactly the wrong signal to those of us who support the very core of our democratic principles and took a solemn oath to the Constitution. I would have preferred a bipartisan, formal censure rather than a drawn-out impeachment process. I fear this will now interfere with important legislative business and a new Biden Administration. But it is time to say: Enough is enough.”

“The President of the United States incited a riot aiming to halt the peaceful transfer of power from one administration to the next. … The President’s offenses, in my reading of the Constitution, were impeachable based on the indisputable evidence we already have. I understand the argument that the best course is not to further inflame the country or alienate Republican voters. But I am also a Republican voter. I believe in our Constitution, individual liberty, free markets, charity, life, justice, peace and this exceptional country. I see that my own party will be best served when those among us choose truth.”

“Turning a blind eye to this brutal assault on our Republic is not an option. A vote against this impeachment is a vote to validate the unacceptable violence we witnessed in our nation’s capital. It is also a vote to condone President Trump’s inaction.”

Understand the unfolding coronavirus outbreak with these Vox podcast episodes
Kirsten Gillibrand gave her opponents a history lesson on abortion politics at the debate
Experts worry Trump revealed US secrets when he tweeted a photo of an Iranian launch site
Melania Trump used her RNC speech to defend her husband’s record
How long it could take to count the vote this year, explained
Bob Woodward’s new book Rage, and the controversies around it, explained