These laws were meant to protect people from HIV. They’ve only increased stigma and abuse. 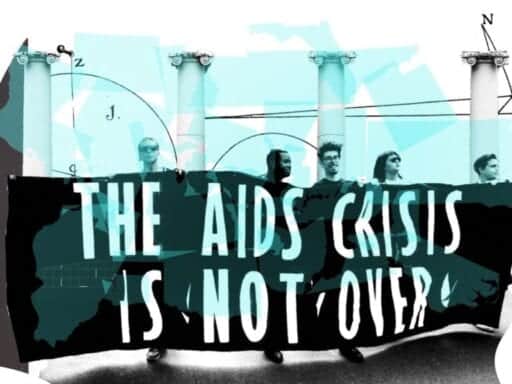 Laws in many states make it a crime to have sex without disclosing your HIV status. Advocates say they may actually worsen the spread of the virus.

Laboratories of Democracy is a series that looks at the nation’s most intriguing experiments in local policy.

The policy: Criminal penalties for knowingly exposing someone to HIV

Where: Twenty-six states around the country

In March 1981, an otherwise healthy Los Angeles man contracted a rare form of pneumonia usually seen only in people with severely compromised immune systems. Doctors treated him with antibiotics, but his condition worsened, and within two months, he was dead.

The Center for Disease Control, as it was then known, identified four similar cases — generally healthy young men who suddenly became very ill with the same rare lung disease — and in June 1981 published the first official report on the condition that would become known as AIDS. By the time the report was published, another of the men had died. By the end of the year, there were 337 reported cases of the condition, and 130 people had died.

Researchers discovered HIV, the virus that causes AIDS, in 1984. But the death toll kept rising, and the panic along with it. Fear and misunderstanding of the disease were such that when one student at a New York City school was thought to have the virus, 944 of the school’s 1,100 students stayed home, according to a Time magazine report. In one 1985 poll, 50 percent of people supported a quarantine of people with AIDS. Amid this panic, the idea emerged that “there were people who were intentionally spreading HIV,” Scott Schoettes, HIV project director at the LGBTQ civil rights group Lambda Legal, told Vox.

The idea may have been fueled by longstanding social prejudices, including homophobia. As journalist Steven Thrasher writes in a Guardian column on the now-debunked myth of a gay flight attendant as HIV’s “Patient Zero,” “we like to blame individuals (especially queer folks, women, immigrants and people of color) for diseases, particularly communicable ones that involve sex. Societally, it is far easier to blame them for disease rather than to deal with the complex medical, political and epidemiological causes.”

Nonetheless, states soon began instituting criminal penalties for knowingly exposing others to the virus — Florida, Washington, and Tennessee did so in 1986, Helen McDonald writes at Autostraddle. In 1990, the federal Ryan White Act, which provided funding for HIV treatment, required states to show they could prosecute people who exposed others to HIV. The laws began to proliferate, and by 2011, 33 states had one or more laws criminalizing HIV exposure. As of last year, such laws remained on the books in 26 states, according to the CDC.

The first problem with the laws was a simple one, according to Schoettes and others: The crime they were intended to combat didn’t actually exist. There is no evidence that a significant number of people were ever intentionally trying to infect other people with HIV.

But because many of the laws were broadly written, they were used to prosecute people who had never intended to harm anyone else — and, in some cases, who had done no harm.

Mark Hunter, for example, told Vox that he contracted HIV at the age of 7 through treatment for his hemophilia. Hunter led a healthy and active life — he had a six-figure job in Washington, DC, he said, when, in 2006, two ex-partners filed charges against him for failing to disclose his HIV status to them. Neither woman had contracted the virus, but nonetheless, he was sentenced to 12 years in prison in Arkansas, where the charges were filed.

Hunter ended up serving three years. Today, he is out on parole and living in Louisiana, but he still has to register as a sex offender. He is an outspoken advocate against laws of the kind that sent him to prison. “When we talk about criminalization, the base issue is stigma,” he told Vox. “That stigma comes from fear.”

Hunter’s is just one of many such stories. Perhaps the best-known case is that of Nick Rhoades, who had sex with another man in 2008 without disclosing his HIV status. The other man subsequently learned that Rhoades had HIV and went to a doctor for antiretroviral medication. The law in Iowa, where the men lived, required the doctor to notify police that a sex crime had occurred, according to the National Registry of Exonerations. The men had used a condom, and Rhoades’s partner had not contracted the virus. Nonetheless, Rhoades was arrested and sentenced to 25 years in prison.

Stories like these have also made people around the country afraid to get tested because “you can’t be prosecuted under one of these laws unless you know your HIV status,” Schoettes said. Testing and treatment are key ways of reducing HIV transmission, and by making people afraid to get tested, HIV criminalization laws may actually increase the spread of the virus.

A study conducted in Toronto between 2010 and 2012 (laws criminalizing HIV exposure also exist in Canada) found that 7 percent of men who had sex with men were less likely to get an HIV test for fear of future prosecution — the study authors estimated that this fear could lead to an 18.5 percent increase in HIV transmission. And in general, HIV criminalization laws likely contribute to stigma and discrimination around HIV, which world health groups like UNAIDS have identified as some of the biggest barriers to effective treatment and prevention.

Meanwhile, “these laws were used to manipulate and coerce people to stay in abusive relationships,” Tami Haught, organizing and training coordinator for the SERO Project, a group that works to end HIV criminalization, told Vox. In Iowa, where Haught lives, it was difficult for people with HIV to definitively prove they had disclosed their status to their partners as the law required. Haught recalls a woman living with HIV whose abusive boyfriend told her, “if you call the cops or leave me I will tell them you didn’t disclose your status.” If that happened, the woman, not her abuser, could go to prison.

People with HIV were even afraid to report being raped, Haught said, for fear that they could be prosecuted for failing to disclose their status during the rape.

Those sentenced under the law, meanwhile, could face decades in prison even if they had used condoms. Once released, they were often forced to register as sex offenders. In Iowa, that meant having their HIV status disclosed publicly, sometimes with a mug shot in the newspaper, Haught said. They were subject to curfews and computer searches, had to submit to twice-yearly lie detector tests, and needed permission from authorities to leave the county, she added: “They were treated as if they were these dangerous predators rather than having a consensual sexual experience with another adult.”

In recent years, though, states have begun changing their laws. Iowa was the most high-profile example. Rhoades challenged his conviction in court in 2010, and around the same time, activists began lobbying state legislators to reform the law.

Rhoades and many others fought for years to get the Iowa law changed. Finally, in 2014, then-Gov. Terry Branstad signed a new law significantly reducing the penalties for exposing others to HIV. Under the new law, if someone intentionally infects someone else with HIV, the person can still face up to 25 years in prison. But if a person with HIV only acts with “reckless disregard” in exposing someone else to the virus — for example, by not using protection — that person can face one to five years in prison, depending on whether the other party actually contracts the virus. Meanwhile, taking “practical measures to prevent transmission” of the virus makes someone exempt from prosecution, according to the Center for HIV Law and Policy.

The law also removed the requirement that people convicted of exposing others to HIV register as sex offenders, and allowed previously convicted people to be removed from the sex offender registry. After the law was signed, two Iowans who had been forced to register as sex offenders under the old law had their ankle monitors publicly removed in celebration, Haught said. That year, Rhoades won his court case, and his conviction was set aside.

Many critics have argued the changes to Iowa’s law don’t go far enough. “HIV transmission should not be criminalized—ever,” wrote Mark Joseph Stern at Slate. “HIV criminalization laws do absolutely nothing to prevent the spread of the virus.”

But in general, Schoettes said, it’s been very difficult to convince state legislators to remove penalties completely. Also, “our concern is if you get rid of the law, prosecutors may just proceed under general criminal laws without parameters or guidance” — in some states, for example, people with HIV have been prosecuted for reckless endangerment or even assault with a deadly weapon. For that reason, Lambda Legal has backed reforming rather than removing these laws.

These efforts have had success in California, where in 2017 then-Gov. Jerry Brown signed a law ensuring that people cannot be prosecuted based on HIV status unless they actually intend to transmit the virus and do so. Colorado, Michigan, and North Carolina have also reformed their laws or regulations around HIV, Haught said. And according to Schoettes, advocates are also working to repeal or reform HIV criminalization laws in Florida, Illinois, Ohio, Indiana, and elsewhere.

Today, Mark Hunter is “in a good place,” he said. He is married, and has adopted his wife’s son from a previous relationship. He has a job with the state of Louisiana, he’s a deacon in his church, and he has started an HIV/AIDS foundation named after his brother. He will be off parole in April 2020.

But his driver’s license still has the words “sex offender” printed on it. And around the country, he still sees a lot of stigma around HIV.

Public hearings begin in Trump impeachment inquiry
Why the US ambassador to Germany is now also the new acting head of US intelligence
A guide to the Trump administration’s biggest scandals, accomplishments, and policies
How Portland’s Wall of Moms collapsed — and was reborn under Black leadership
Why alt-right trolls shouted down Donald Trump Jr.
The presidential transition begins as the GSA formally recognizes Biden’s victory