“They murdered this woman”: Outrage after Texas officer shoots a black woman in her own home 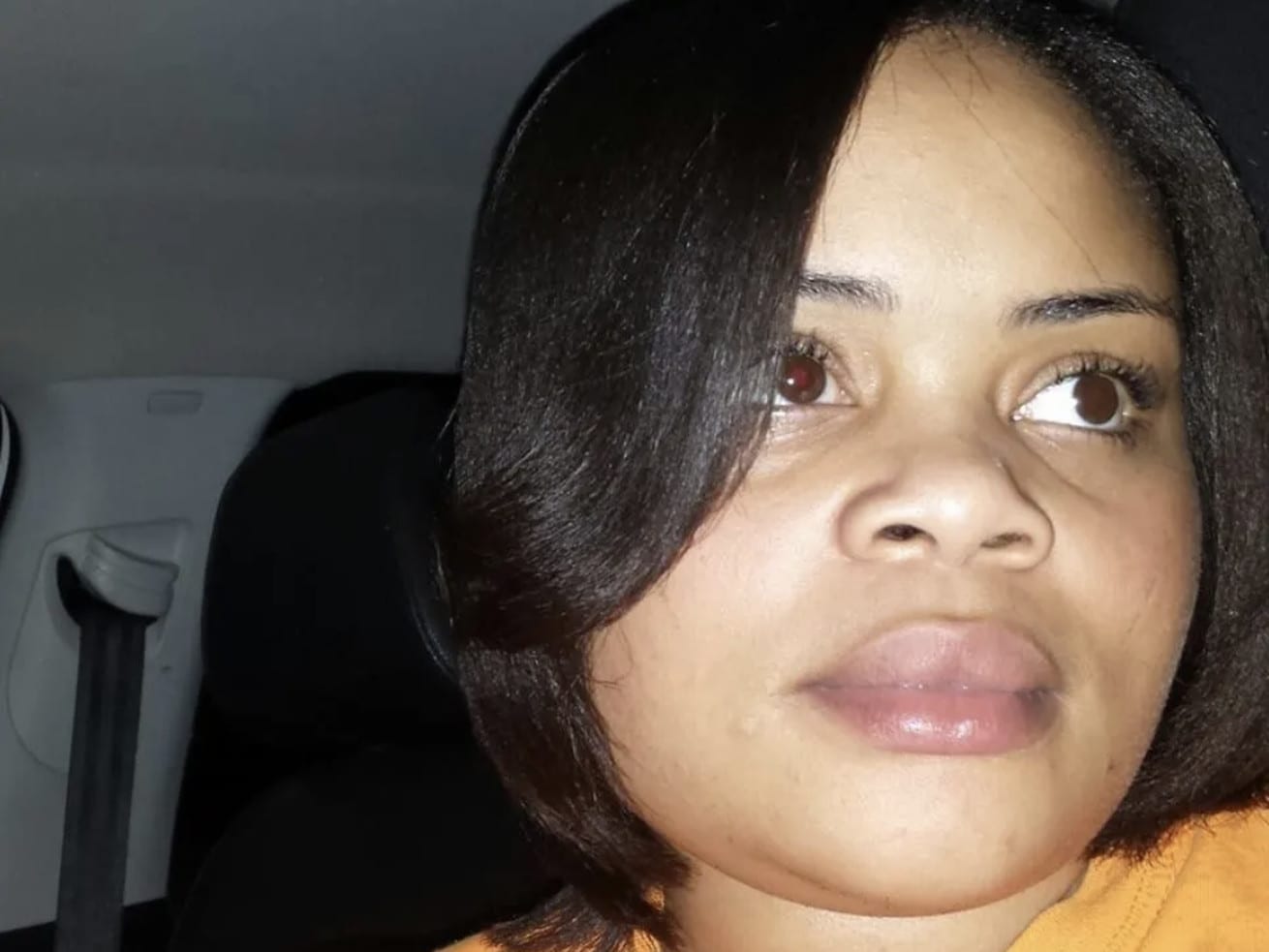 Share
Loading...
Atatiana Jefferson, 28, was fatally shot by police responding to a welfare check at her home in the early morning hours of October 12. | Screenshot/Facebook

Atatiana Jefferson’s neighbor asked police to check on her open door. A responding Fort Worth officer fatally shot her through a window.

A black woman was fatally shot in her home Saturday after a Fort Worth, Texas, police officer fired into a bedroom window while performing a welfare check at her residence. The shooting has sparked outrage and calls for police accountability in a community whose trust in law enforcement has already been shaken by other police shootings and the death of Botham Jean in nearby Dallas.

At around 2 am local time on October 12, a neighbor of 28-year-old Atatiana Koquice Jefferson called a non-emergency hotline, saying he was concerned about an open door at the woman’s residence and wanted to make sure she was okay. According to a statement released by the Fort Worth Police Department, officers arrived at the home at around 2:25 am, to respond to an “open structure call” and after seeing the open door, walked around the perimeter of the residence.

The department said that while doing so, officers saw a person inside standing near a window. “Perceiving a threat the officer drew his duty weapon and fired one shot striking the person inside the residence,” police said.

That person was Jefferson, who was shot while standing in a bedroom. After firing, officers entered the home and began providing emergency aid, but the woman was pronounced dead at the scene.

The department released body camera footage of the shooting on Saturday, showing what happened outside of Jefferson’s home as well as the residence itself, which had a door open and the lights on inside. The video shows two officers walking around the outside of Jefferson’s home, looking into screen doors before walking into the backyard. Moving toward a closed window on the first floor, one of the officers quickly points a flashlight at it before drawing his weapon.

He then yells, “Put your hands up! Show me your hands!” before firing a shot less than a second later. At no point in the released video do the men clearly identify themselves as police officers.

In addition to the statement and the body camera video, the police department also released edited footage of a firearm officers said they found at the residence, but it did not offer any additional information about where Jefferson was in relation to it or if the weapon was ever visible to the officers. Texas is an open-carry state, and state residents are allowed to possess and carry firearms with few restrictions.

The officer who shot Jefferson was not named by the police statement. The agency did say that he is a “white male who has been with the department since April of 2018.” The unnamed officer has been placed on administrative leave pending the outcome of an investigation. Body-camera footage and the results of the investigation will be handed over to the Tarrant County District Attorney’s Office, which will decide if the officer will face any charges.

Jefferson’s shooting, which is the seventh local police shooting involving a civilian since June 1 according to the Fort Worth Star-Telegram, has left the area’s black residents angered and confused. Community members say the shooting proves they cannot call the police for assistance.

“The Fort Worth police murdered this woman. They murdered this woman in her own house,” said Rev. Michael Bell, a local pastor who joined a group of community leaders for a Saturday press conference. “And now, African Americans, we have no recourse. If we call the police, they will come and kill us. And we know that.”

A similar fear was echoed by James Smith, the neighbor of Jefferson’s who called police after noticing the open door and lights at her home, saying he was concerned about Jefferson and her 8-year old nephew, who also lived at the residence. “I’m shaken. I’m mad. I’m upset. And I feel it’s partly my fault,” he told the Fort Worth Star-Telegram on Saturday. “If I had never dialed the police department, she’d still be alive.”

In audio of Smith’s call released by the police department on Sunday, the man can be heard telling a police operator that the doors of the home had been open since 10 pm Friday and that he was concerned because he did not see any movement in the house.

“I don’t know what went on in the house, but I know that she wasn’t a threat,” Smith later told reporters.

Here’s Smith describing why he decided to call a non-emergency police number around 2 a.m. Saturday: pic.twitter.com/JU4prCelMH

The shooting of Jefferson, who was born in Dallas and graduated from Louisiana’s Xavier University in 2014 with a biology degree, has quickly drawn comparisons to the 2018 shooting of Botham Jean, a 26-year old black man fatally shot by former off-duty Dallas officer Amber Guyger as he ate ice cream in his apartment.

Lee Merritt, a local civil rights attorney who represents Jean’s family, has also been retained by Jefferson’s family members. He said the weekend shooting is yet another example of black people being unable to live safely in their own homes.

“You didn’t hear the officer say ‘gun, gun, gun,’ you didn’t hear him — he didn’t have time to perceive a threat,” Merritt told reporters on Saturday. “That’s murder.”

“We expect a thorough and expedient investigation,” he added. A GoFundMe created by Merritt on behalf of Jefferson’s family was posted on Sunday and collected more than $140,000 by Monday morning.

Before the shooting, Merritt says that Jefferson was playing video games with her nephew, who was also in the bedroom with her when the shooting occurred, adding that Jefferson, a pharmaceutical equipment sales professional, was helping take care of the home while her mother is in the hospital.

Merritt says that when she went to the bedroom window on Saturday morning, Jefferson was concerned after hearing noise outside, adding that she was likely worried about a prowler or burglar possibly being outside.

“Law enforcement has not said that she wielded a weapon,” Merritt told the New York Times. “Also, it wouldn’t matter because that’s her home.”

Speaking to CNN on Sunday, Merritt said that while Jefferson’s family has spoken to local police, they want an independent agency to take over the investigation into the shooting. “We don’t think that Fort Worth police should be investigating it on their own,” he said.

The police department has offered little new information since Saturday

On Sunday, the Fort Worth Police Department held a brief press conference to discuss the shooting, but it offered little new information about what transpired in the early morning hours of October 12.

The agency largely stuck to a prepared statement, saying that it shared the “very real and valid concerns” raised by local residents and Jefferson’s family.

“The tragic loss of life has major ramifications for all involved, especially the family of Ms. Atatiana Jefferson. We have communicated with the family and have shared our serious and heartfelt concern for this unspeakable loss,” Fort Worth Police Lt. Brandon O’Neill said.

However, the department did confirm some previous statements already made by Merritt and Smith, noting that Jefferson’s nephew was in the room with her when the shooting took place, and that the officer who shot the woman did not identify himself as law enforcement before firing.

“What the officer observed, and why he did not announce ‘police,’ will be addressed as the investigation continues,” O’Neil told reporters.

According to the police department, the officer who shot Jefferson will be interviewed by the department’s major cases unit on Monday. The police chief is also expected to hold a longer press conference that day.

News of Jefferson’s death, which comes less than two weeks after Guyger was convicted of murdering Jean and sentenced to 10 years in prison, adds to already intense attention to policing in the Dallas-Fort Worth area.

In recent months, Dallas residents have voiced several concerns about the Dallas Police Department, concerns that were only intensified by evidence revealed during Guyger’s trial and by the October 4 death of Joshua Brown, a black man who testified against Guyger last month. The Dallas Police Department has condemned speculation that its officers were somehow connected to Brown’s death, saying that the man was killed in a drug deal gone bad.

Speaking to reporters on Saturday, members of Jefferson’s family said that it was “inconceivable and confusing” that the woman was shot by police in her home. “It’s another one of those situations where the people that are supposed to protect us are actually not here to protect us,” Amber Carr, Jefferson’s older sister, told NBC Dallas-Fort Worth, adding that she was concerned about the training given to officers.

More concerns about the shooting were raised on Sunday evening, as hundreds of people gathered for a rally and vigil on the same street as Jefferson’s home. “Systemic oppression has created risks for black people to be killed,” one attendee, Michelle Anderson, told local reporters. “We talk about state-sanctioned violence — it has always been a culture for black people. So no, it’s not about the training issue.”

Similar concerns have also been raised by national politicians, including several Democratic presidential candidates who shared Jefferson’s story on social media over the weekend.

“Being Black in your own home shouldn’t be a death sentence,” Sen. Kamala Harris tweeted on October 13. Sen. Elizabeth Warren said the shooting showed the urgent need for police reform and “federal standards for the use of force.” Sen. Bernie Sanders meanwhile, called for a federal investigation into the shooting. Former Texas congressman Beto O’Rourke, also weighed in on the latest high-profile police shooting in his home state, saying that people “must demand accountability and promise to fight until no family has to face a tragedy like this again.”

Jefferson’s family and community say that they intend to do just that and will push to hold the department accountable for the shooting as the Fort Worth Police Department’s investigation continues.

But the family also acknowledged that accountability will not erase the pain and trauma that the shooting has caused. “You want to see justice, but justice don’t bring my sister back,” Carr told reporters on Saturday before breaking down into tears.