Things can get “really bad, really quickly” when a 24-year-old runs a company 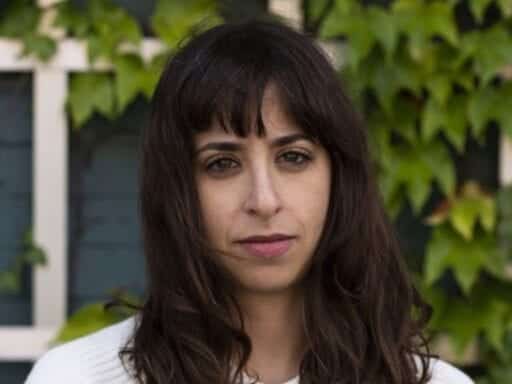 Anna Wiener is the author of a new memoir about startup culture, Uncanny Valley. | Russell Perkins

A few years after Anna Wiener graduated from college in 2009, she decided to get out of a dead-end job in the publishing industry to work in tech — because she says, she wanted to feel like she was “going somewhere.”

Instead, she found herself sucked into a culture that left her increasingly disconnected from her sense of self, and working for young startup managers who seemed not to have much more emotional intelligence than an AI-programmed chatbot.

Wiener’s book is an outgrowth of a 2016 essay by the same name in the literary magazine n+1, where Wiener says she presented a “lightly fictionalized” tale of her time in tech. In her new book, which describes her time working for startups in New York and San Francisco, Wiener doesn’t identify by name which companies or people she worked for. But we know she first worked for an e-reading subscription app in New York before moving to San Francisco to work in customer support — first for a data analytics startup, and then for a company that hosted open source software projects (widely thought to be Github).

Using vivid and nuanced prose, Wiener recounts cringeworthy meetings with managers who question her capabilities, colleagues who worry more about their company’s reputation than the growing homeless encampments on San Francisco’s streets, and casual workplace sexism — like a male colleague keeping a list of women in the office ranked by their looks — that she’s afraid to confront for fear of being designated a feminist killjoy.

But Wiener is also reluctant to dismiss the appeal of tech culture altogether. She’s honest about her attraction to an industry that promised a sense of opportunity she lacked in her previous gig, as an assistant at a New York literary agency.

Wiener says she still has “a lot of sympathy” for people like one of her former bosses, who she thinks was in over his head.

“In my mind, he was a kid, which I realize is probably being a little forgiving of someone who has been given an incredible amount of money and power and free rein,” said Wiener. “I tend to try to shift my blame toward the larger picture, toward the structure that’s in place that empowers certain types of people or has this mythology around a certain type of hardheaded college dropout with a technical background.”

Read an excerpt of the interview below (edited for clarity), and listen to the entire conversation here:

Not to give away the book, but can you tell us a little bit more about the critical perspective that you also came to have on some aspects of tech culture?

I don’t think it’s a spoiler that I grew disillusioned with this industry or my work in it. I think for me it was a slow burn. I was working at a data analytics company when the Snowden revelations came out, and that was something that I didn’t quite process in the moment but gradually started to understand that this was part of a much bigger ecosystem and economy around data collection and the different ways that could be abused …

On an interpersonal level, I started to feel like it didn’t make sense to me that we should all be down for the cause when actually the incentives weren’t really there, that it was more of an emotional incentive in this particular company to let the startup consume your life.

Can you describe a little bit more about what that was like? I know there were a couple of very uncomfortable meetings or situations that you were in.

It’s a very strange culture in which to learn how to be a professional, which for a lot of people, this was where they were learning to become a professional. I think on the one hand, it can be really exciting. You’re sitting at a table or standing at a table next to the CEO of a company [Ed. note: As in the book, Wiener did not disclose the identity of this person] and people who you assume are powerful. People who are powerful, who you assume know what they’re doing, have given this person $12 million to make his idea come to life. That’s thrilling, and that level of casual interaction can be very exciting as well, where you’re hanging out with your CEO. You’re drinking beer with your CEO, you’re going to Tahoe with the whole [company] …

I just think that the youthfulness is a really big part of this culture, but with youthfulness tends to come a certain level of inexperience. I think that the irreverence of the industry, which is really appealing to a lot of young people, is also its downfall.

So at a certain point, it started to feel like the things that had once made working at this one company in particular so exciting and so enchanting in a way were actually the same things that would contribute to what would make it a miserable place to be. I think that working for people who are figuring out as they go along is a big part of that.

At the same time, I have a lot of sympathy for someone like that. It was very hard for me to be on the receiving end of certain — what I would call highly unprofessional and inappropriate managerial strategies — but I also feel for this kid. He, in my mind, he was a kid, which I realize is probably being a little forgiving of someone who has been given an incredible amount of money and power and free rein.

I tend to try to shift my blame toward the larger picture, toward the structure that’s in place that empowers certain types of people or has this mythology around a certain type of hardheaded college dropout with a technical background. But I don’t come at this from a place of contempt at all, especially not toward someone who I think really got wrapped up in a system that he was not entirely prepared to be a part of. I think looking at the systems view is a little bit a way of forgiveness in a way.