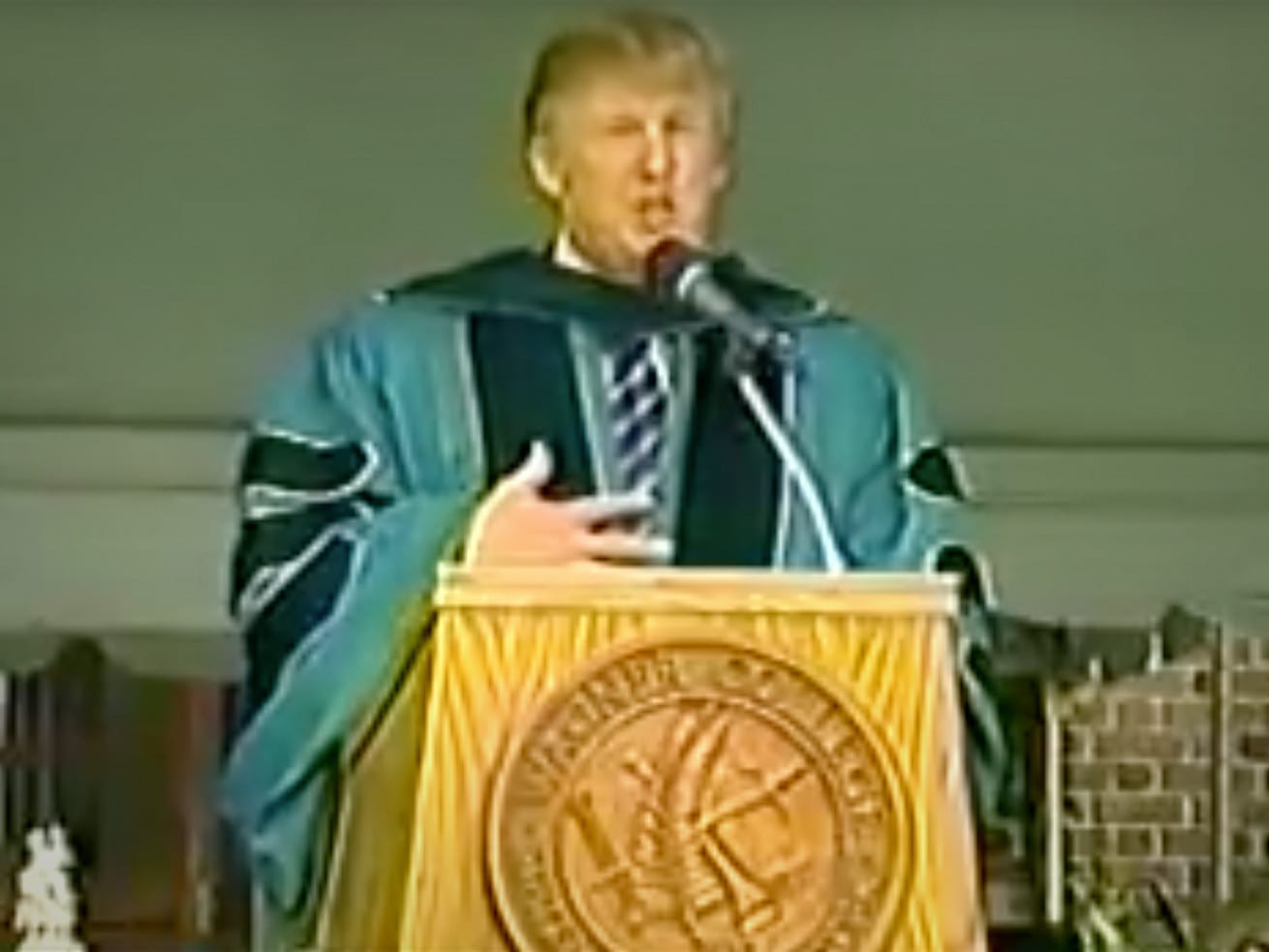 “If there’s a concrete wall in front of you, go through it, go over it, go around it.”

Donald Trump was talking about walls long before he ever started his run for president. The Daily Show resurfaced a video of Trump delivering the commencement address at Wagner College in Staten Island in 2004, in which Trump uses the metaphor of “a concrete wall” to represent the challenges the graduating students may face — and tells them to get past it no matter what.

“If there’s a concrete wall in front of you, go through it, go over it, go around it,” Trump told graduates. “But get to the other side of that wall.”

The video is somewhat ironic to watch in 2019, amid a government shutdown brought about by Trump’s insistence on building a wall to stop immigrants from illegally crossing the country’s southern border with Mexico.

The US already has more than 600 miles of border barriers. And in a way, Trump is right: People will try to go around these walls by all means possible. In fact, that’s a key part of how barriers are used now on the US-Mexico border. Walls and other fencing are designed to get migrants to go somewhere else — to go around the wall and cross the border at locations where it’s easier for Border Patrol to catch them. (Vox’s Dara Lind wrote about this concept, known as funneling.)

The concept of the wall itself has become a barrier to resolving the shutdown. Trump is insistent on building 250 more miles of physical barriers on the border between the US and Mexico, while Congress has refused to dedicate $5.7 billion to the construction.

Trump attempted to push through the barrier by meeting at the White House with House Speaker Nancy Pelosi and Senate Minority Leader Chuck Schumer. He then considered going around Congress by declaring a national emergency.

In his primetime address to the nation on Tuesday night, Trump highlighted the number of women and children threatened by violence and sexual assault at the US-Mexico border. He considered how these people would bring crime to America and threaten national security. But he didn’t contemplate that if they were to meet a wall, they might try get to the other side — at any cost.