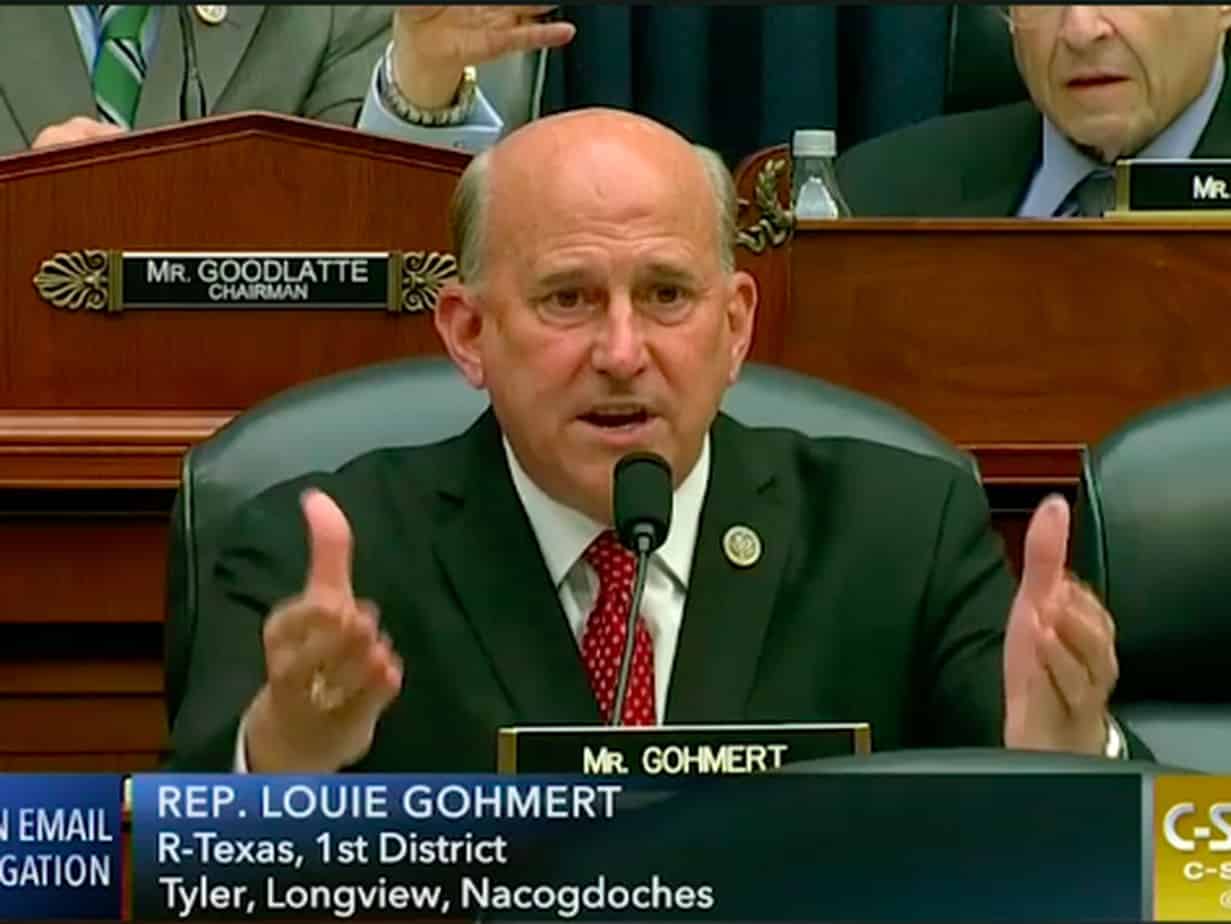 Strzok is a controversial figure: He’s the career FBI counterintelligence agent whom President Donald Trump says was at the center of a secret FBI plot to thwart his presidential ambitions and elect Hillary Clinton. He oversaw the probe into Clinton’s use of a private email server in 2016, and was also involved in special counsel Robert Mueller’s Russia investigation.

During the 2016 presidential campaign, Strzok exchanged a series of text messages with Lisa Page, an FBI attorney with whom he was having an affair, that were critical of Trump. In one particularly controversial exchange, Page texted Strzok that she was worried Trump might win. “No. No, he won’t. We’ll stop it,” Strzok reassured her.

Throughout the hearing, Republican lawmakers heavily criticized Strzok for his text messages, arguing that they were evidence of an unacceptable level of political bias in the special counsel’s Russia investigation.

But Gohmert took things to another level when he brought up Strzok’s personal life.

“I’ve talked to FBI agents around the country. You’ve embarrassed them, you’ve embarrassed yourself. And I can’t help but wonder, when I see you looking there with a little smirk, how many times did you look so innocent into your wife’s eye and lie to her about and —” Gohmert said, before being drowned out by objections from Democrats.

“Mr. Chairman, this is outrageous!” someone yelled, appealing to House Judiciary Chair Bob Goodlatte to intervene. “Shame on you!” another person shouted. Someone else called the comment “harassment of the witness.” Another Democrat yelled at Gohmert, “You need your medication!”

It was just one dramatic moment amid many over the course of an incredibly tense hearing.

In the morning, Republican and Democratic members shouted and snipped at each other. Goodlatte threatened to hold Strzok in contempt for refusing to answer a question that he was not permitted to answer based on FBI instructions, and Democrats staged a political stunt that involved posters showing the faces of people that Mueller had obtained guilty pleas from.

To be fair, the stakes here are quite high. If Strzok’s defense of his past actions is received well by the public, it could potentially deal a serious blow to right-wing narratives about FBI corruption.

But if he comes off looking bad, it will do damage to the credibility of the Mueller probe — and Mueller’s ability to investigate the full extent of Trumpworld’s relationship with Russia.

“This is a president declaring himself above the law”: A former ethics chief on Trump’s dangerous ne...
KFC began offering meatless chicken at one store Tuesday. It sold out almost immediately.
Vox Sentences: How do you score privilege?
Facebook is taking a hard look at racial bias in its algorithms
What makes a book “unfilmable”?
Is a high-ranking House Democrat about to lose his primary?