“This is the new normal”: shooter in Bakersfield, California, kills 5 people and himself 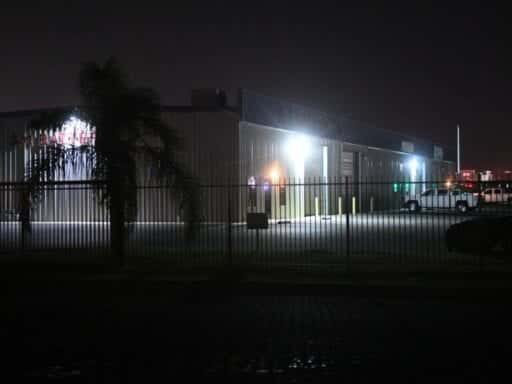 A shooter in Bakersfield, California, on Wednesday went on what the New York Times called “a killing spree through the city,” killing five people, including his wife and himself.

Police have not released many more details, including the identities of the shooter and victims or a possible motive. “Obviously there’s some type of situation that caused the husband to be extremely upset,” Kern County Sheriff Donny Youngblood said in a press conference. “We’re trying to find the connection. Obviously these are not random shootings.”

What we do know is that the suspect and his wife entered a trucking business, confronted a man, and then the husband shot the man and his wife before going on a rampage — which included carjacking a vehicle and driving on a highway. He was eventually confronted by a sheriff’s deputy, and he shot and killed himself.

Youngblood described the events in fairly grim terms: “Six people lost their lives in a very short amount of time. This is the new normal.”

It’s true. It seems like a week doesn’t pass by in which we don’t hear about these kinds of events in the US. According to data from the Gun Violence Archive, just in 2018 there have been more than 250 mass shootings, defined as events in which four or more people were shot but not necessarily killed in a similar time and place.

Americans have become desensitized to these shootings. As of Thursday morning, the Bakersfield shooting isn’t drawing much attention — it’s not getting much media pickup, and it’s not trending on social media platforms or Google search. It’s just another day in America.

This would not be the case in other countries. This year, for example, Australia had a mass shooting near Margaret River, Australia, in which a family of seven, including four children, were killed. The shooting was a huge deal — not just because it was one of the rare mass shootings that had happened in the aftermath of Australia passing a sweeping gun control law in the 1990s, but because gun violence in general is so much rarer in other developed nations like Australia.

To this end, a recent study published in JAMA found that the US is one of six countries that make up half of gun deaths worldwide. The other countries were Brazil, Mexico, Colombia, Venezuela, and Guatemala. The US’s rate of gun deaths of 10.6 per 100,000 people in 2016 dwarfed comparable developed countries: Switzerland’s rate was 2.8, Canada’s was 2.1, Australia’s was 1, Germany’s was 0.9, the United Kingdom’s was 0.3, and Japan’s was 0.2.

America is an outlier when it comes to mass shootings, too. According to CNN, “The US makes up less than 5% of the world’s population, but holds 31% of global mass shooters.”

With so much more gun violence, and regular reports of mass shootings, these kinds of events have taken a different form in the US — incidents that would horrify the public and spark national dialogues in other countries but simply come and go in America, often not getting any attention at all.

Take the recent shootings in Jacksonville, Florida, and Cincinnati. Each got some news coverage on the day they happened and in the few days after. But it took less than a week for viewer and reader attention to fade away.

Here, for example, is Google search data for the September 6 Cincinnati shooting, showing an initial spike in attention, followed by a very fast drop — to near normal search rates — in the days after:

This is what desensitization to mass gun violence looks like. In other developed countries, a man going to a business on a public square and killing multiple people, as happened in Cincinnati, would be a horrifying tragedy that would be covered in the news for potentially weeks and months. In the US, people are so used to these kinds of events that they quickly move on.

Good research backs up the link between more gun control and fewer gun deaths. A 2016 review of 130 studies in 10 countries, published in Epidemiologic Reviews, found that new legal restrictions on owning and purchasing guns tended to be followed by a drop in gun violence — a strong indicator that restricting access to firearms can save lives. The review suggested that no one policy seems to have a big effect by itself, but a collection of gun restrictions can produce a significant effect over time.

But in a political and cultural environment that’s made it difficult to pass almost any new gun control law at the federal level, Americans have by and large just gotten used to the regular pace of tragedies — and a mass shooting in which six die is now “the new normal.”

The attacks on Ilhan Omar reveal a disturbing truth about racism in America
These videos show the police aren’t neutral. They’re counterprotesters.
If Trump has learned anything from getting Covid-19, he’s not showing it
Quarantine frugality is different from traditional thriftiness
An 11-year-old girl was suspected of shoplifting groceries. So a police officer tased her.
Hurricane season 2018: what scientists are predicting