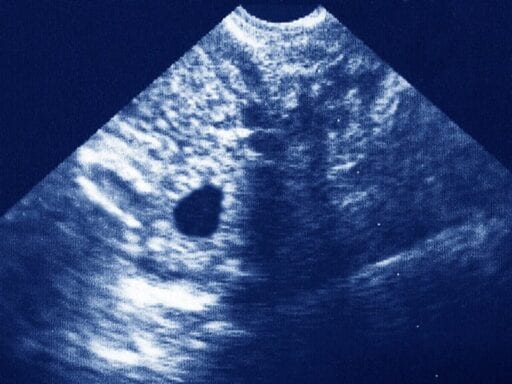 Ectopic pregnancies can be deadly, and abortion is often the only treatment. But abortion opponents are telling another story.

Ectopic pregnancies can be deadly.

The condition happens in about 2 percent of all pregnancies, when a fertilized egg implants somewhere outside the uterus — usually in the fallopian tube, a tiny structure connecting the uterus to the ovary. If the pregnancy continues to grow and develop, the tube can rupture, and the pregnant person can hemorrhage and die.

“Knowing that a medical condition carries a very small chance of death is scary,” Georgi Boorman wrote at the Federalist on Monday. But, she asked, “is that very small chance enough to prompt you to suffer through purposely destroying your own child?”

The argument is starting to make its way into legislation, with a recent Ohio law including a special provision for the surgical reimplantation of ectopic pregnancies into the uterus, something doctors say is not possible.

Experts say failing to treat an ectopic pregnancy can put patients at serious risk. “It is really malpractice to watch a patient who is at risk for a tubal rupture from an ectopic pregnancy” without offering termination, Dr. Daniel Grossman, a professor of obstetrics, gynecology, and reproductive services at the University of California, San Francisco, told Vox. “There’s a real risk of death.”

Claims that abortion isn’t necessary in the case of ectopic pregnancies may be part of a larger movement toward abortion bans with fewer and fewer exceptions, like a law in Alabama that bans abortion even in cases of rape or incest (the law does have an exception to save the pregnant person’s life). And even if such laws never go into effect — most have been challenged in the courts — false claims about ectopic pregnancy in the media could lead patients to delay treatment, Grossman said, potentially harming their future fertility or risking their lives.

Some abortion opponents say ectopic pregnancies can be left to “resolve on their own.” Doctors disagree.

At first, the symptoms of an ectopic pregnancy are similar to those of a normal pregnancy, like sore breasts and a missed period, according to the American College of Obstetricians and Gynecologists. But patients may also experience abnormal bleeding or abdominal or pelvic pain. Once a doctor has diagnosed an ectopic pregnancy, time is of the essence — fallopian tubes cannot stretch very much, Grossman explained, and if the pregnancy grows beyond a certain point, they will rupture.

As long as the tube has not yet ruptured, doctors typically give patients an injection of methotrexate, a chemotherapy drug that can also be used to stop a pregnancy from growing. Then, according to ACOG, the body typically reabsorbs the pregnancy on its own. If the tube has already ruptured, and in some other cases, surgery is necessary to remove the pregnancy and sometimes a portion of the tube.

Historically, anti-abortion groups have supported allowing abortion in the case of ectopic pregnancy, arguing that it is morally distinct from abortion in other cases. For example, the American Association of Pro-Life Obstetricians and Gynecologists (AAPLOG) said in a 2010 statement that the group “recognizes the unavoidable loss of human life that occurs in an ectopic pregnancy, but does not consider treatment of ectopic pregnancy by standard surgical or medical procedures to be the moral equivalent of elective abortion, or to be the wrongful taking of human life.”

And yet some abortion opponents have started making the argument that terminating an ectopic pregnancy by medication or surgery is not medically necessary. At the Federalist, Boorman argues that instead of abortion, patients with ectopic pregnancy should be closely monitored by their doctors (a process called “expectant management” or “watchful waiting”). Sometimes, she writes, the patient will miscarry with no need for intervention. If the tube ruptures, the patient can be treated with a blood transfusion procedure — though, she acknowledges, there is a small risk of death. She also argues that sometimes, an ectopic pregnancy can move on its own, reimplanting in a safer location and even resulting in a healthy birth.

Doctors, however, say it is not possible to carry an ectopic pregnancy to term and have a child. “Once a diagnosis of ectopic is made, that pregnancy cannot continue,” Grossman said.

Ingrid Skop, the chairman-elect of AAPLOG, agrees. She told Vox she would call what happens in an ectopic pregnancy “an inevitable spontaneous abortion.” But, she says, her course as a doctor is clear: “regardless of when I intervene, that pregnancy’s going to die, but if I intervene earlier, then I’m going to leave that mom a much better chance of doing well than if I leave it alone and wait for it to rupture.”

In the case of an ectopic pregnancy, waiting can be very dangerous. In some cases, when doctors can tell that pregnancy hormones are dropping, it may be safe to let a miscarriage happen on its own, Grossman said. But those patients need careful monitoring, and they are in the minority. In general, “it’s critical that when the ectopic pregnancy is identified that treatment be given because this is a very serious condition,” he said.

Overall, ectopic pregnancy is the top cause of maternal mortality in the first trimester, Grossman added.

Boorman also argues that more research is needed to determine if embryos can be surgically removed from the fallopian tube and reimplanted in the uterus. But because the option of abortion exists, she writes, such research isn’t being pursued.

“As long as abortion is legal, it is the go-to ‘preventative’ solution for ectopic pregnancies,” Boorman writes. “As long as the tiny life is expendable, why not just kill it to be on the ‘safe side’ and move on?”

However, according to Grossman, “there is no evidence” that transplanting an ectopic pregnancy into the uterus is safe or effective. Meanwhile, Skop says that, “to my knowledge we are nowhere near having the technology to do that.”

The idea of transplanting an ectopic pregnancy from the fallopian tube into the uterus has made its way into public policy debates. An Ohio bill introduced earlier this year to ban most private insurance coverage for abortion included a provision allowing insurance companies to cover “a procedure for an ectopic pregnancy that is intended to reimplant the fertilized ovum into the pregnant woman’s uterus.” The bill, which has not yet passed, may be an attempt to ensure coverage for the procedure in case it becomes possible at a later date, or to incentivize researchers to develop such a procedure.

In general, though, doctors, including those who identify as pro-life, say the science is clear: ectopic pregnancies are not viable, there’s currently no way to transplant them, and if left alone, they can and do result in a pregnant person’s death.

Indeed, Boorman writes that the “conventional wisdom” that ectopic pregnancies are dangerous and non-viable needs to be challenged in order to “wake up the whole world to the fact that abortion is never the answer and galvanize citizens to demand an end to the abominable practice — with no exceptions.”

But doctors — and patients — say that abortion in the case of ectopic pregnancy is very necessary indeed.

“If you have never treated a woman with a belly full of blood from an ectopic you should shut the fuck up and sit down and learn before you get someone killed,” Dr. Jen Gunter, an ob-gyn and author of the recent book, The Vagina Bible, wrote on Twitter on Monday. She also retweeted doctor and patient stories of ectopic pregnancies, including stories of “shredded” fallopian tubes, massive blood loss, and friends and family lost to ectopic pregnancies caught too late.

Meanwhile, false claims about ectopic pregnancies could put patients in danger, Grossman said. “Often these are desired pregnancies,” he explained, and claims that they can be viable “could lead some patients to really question the advice of their doctor and maybe wait longer before getting the necessary treatment and put their lives at risk.”

The pandemic is raising concerns about how teens use technology. But there’s still a lot we don’t kn...
Insecure dropped a big reveal in its latest episode. The show didn’t need it.
Two arrests have been made in death of Northern Ireland journalist Lyra McKee
Sanders tops latest Iowa poll, but the 2020 Democratic primary is still a four way race
One Night in Miami is a thoughtful study of Black celebrity, power, and justice
House Democrats took a big step to get the Equal Rights Amendment moving again