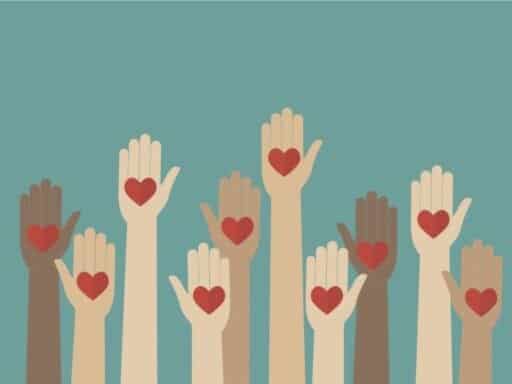 Toby Ord started the Giving What We Can pledge, and you can join in too!

Ten years ago, in November 2009, a philosopher at Oxford named Toby Ord set up an organization called Giving What We Can. His idea was to ask people to commit, with him, to donate at least 10 percent of their income every year to highly effective charities. Ord chose to donate to organizations working to fight global poverty.

This commitment, from a not particularly well-paid research fellow, earned Ord profiles at the time from the likes of the BBC, the Telegraph, and the Wall Street Journal.

Ten years later, over 4,000 people from a wide range of backgrounds — including hedge funders, prominent philosophers like the late Derek Parfit, 2019 Nobel laureate in economics Michael Kremer, and, uh, me — are on the list of signatories.

Ord is now a senior research fellow in philosophy at Oxford and has since cofounded the effective altruist movement with fellow philosophers Will MacAskill and Peter Singer. Giving What We Can is now part of a broader suite of organizations under the Center for Effective Altruism, trying to persuade people they can use their time and money to make the world a substantially better place by giving to good causes.

And for the past 10 years, Ord has been studiously donating to his favorite global poverty charities. He says he has donated about £106,000 (about $137,000 at current exchange rates) over his lifetime, or 28 percent of the money he’s earned. I Skyped with Ord to ask how the pledge came about, how he’s stuck by it, and the case for more people to make this commitment.

The transcript has been lightly edited for length and clarity.

Tell me the story of how you started Giving What We Can.

I’ve always been interested, since I was a child, in how I could use my life to help others, particularly others who are less fortunate than myself. Once I started university, I had more time to think about this, and I studied some philosophy, and read some works of Peter Singer and others. [Singer] made it very clear how much one could do in one’s life to help people who are less fortunate than oneself.

In my youthful idealism, my friends would always say, “Well, in that case, why don’t you give all your money to people in Africa who have far less than you,” and they were generally just trying to shut me up. But eventually I started to take this seriously and think, “If I really do have so much more than others, and other people could get so much more value out of this money than I can, then maybe I should do more to help.”

I thought about how much I really needed to live on, and I looked into how much good I could do with it, how many lives I could save, and I eventually decided I had to do something about it.

I talked about this with some of my friends and colleagues and found that a lot of people were interested. People started to ask, “How can I join this?” I realized that maybe I should set up something to let others make this kind of decision and make giving a big part of their lives.

Ten years later, are you still abiding by the pledge? Where are you giving now?

So far, 10 years later, I’ve been able to give £106,000 to a variety of organizations, all focused on global poverty. That’s 28 percent of all the income I’ve ever earned. Most of that money has gone to the SCI Foundation [which works on deworming], Deworm the World, the Against Malaria Foundation, and the Jameel Poverty Action Lab at MIT. They’re all the ones I’ve given at least £10,000 to. And then a variety of other organizations too.

Did your giving strategy, or your preferred causes, change at any point?

It mainly changed in terms of expanding to more groups. When I was first giving, I only knew about a few different groups working to fight poverty. Then we started looking into the cost-effectiveness of different ways in particular to help improve health in poorer countries. We found some really effective organizations. The set of places we could give really started to open up.

I think that global poverty is one of the biggest issues in the world today. There are other issues which are similarly profound, which would include, for example, climate change.

An area that hasn’t been thought about so much by a lot of people is the potential for really catastrophic risks — climate is one, nuclear war would be another — but this wider set of ways in which humanity could lose its entire future. Either we could go extinct or have some permanent collapse of our civilization. There’s a question about how likely such possibilities are, but if they did happen they’d be incredibly severe, and I think that they’re unfortunately likely enough that they’re a major global issue, and one that is seriously neglected.

I’ve been writing a book about that to come out in March. It has really changed my views in really looking into what these big-picture questions are for humanity.

Giving What We Can, when we started it, was based solely around global poverty, particularly global health interventions, because they were the ones we had the most evidence about. Over time we expanded that out to wherever you think you can most effectively help others.

Did you have any moments where you felt like you couldn’t keep going with the pledge, that you had to quit?

It’s surprisingly easy to continue to do this when you’ve been so public about doing it. It would be so embarrassing for me to stop doing it, which makes it easy to stick to. I’m fortunate in that respect.

Why is the focus for Giving What We Can monetary? Can you fulfill this duty by, say, volunteering your time doing work for a charity?

I was compelled to set up Giving What We Can when thinking about how much more my money can do for others. We — at least here in Britain or in Australia where I was or in the United States — are so much wealthier than most people in other countries in the world, particularly in the poorest countries, which means our money can do far more for others than it can for us.

The average person in the US is about 100 times wealthier than a person around the $1-a-day poverty line. That ultimately means the money can go about 100 times further in these poorer countries. That’s before you get highly leveraged donations on very key services. There’s a natural reason to think it would do more for others than for ourselves.

With volunteering time, there’s less reason to be sure about things like that. That’s why I was driven particularly to donations.

Our sister organization 80,000 Hours is focused on using your career to do as much good, and I think that’s a better way of thinking about it than volunteering, as an answer to the question of “how do I use my time rather than my money to do as much good as possible.” There’s so much more time inside one’s career than outside over the course of your life.

Giving What We Can has a little under 4,400 pledgers, which is honestly less than I thought. Is that a good number of people to have taking the pledge or no?

On the day we launched we had 23 people signed up to give at least 10 percent of their income. Over that time it’s grown to over 4,000 people. That’s more than a factor of 100; it’s doubled more than seven times. We’ve seen a lot of growth in that.

At some level, the sheer number of people doesn’t sound that impressive. But it’s what each person can do when they’re really thinking about the rest of their life, and making a decision at this very large scale — where might I give not just $10 but $100,000. The fact that our members’ pledged donations come to over $1 billion is very surprising to people and there’s a lot of impact we can have.

So far, members have given more than $100 million. This is something you couldn’t achieve with any kind of Facebook group. It’s really quite challenging to make a society in the real world that is going to lead to that kind of impact. But there’s a lot further we could grow and I look forward to us doing so.

We’ve had this huge debate recently about whether billionaires owe more. It’s striking that Jeff Bezos could fund all of GiveWell’s top charities, every year, with change from his proverbial couch cushions; they estimated this year that their charities need about $660 million in funding over the next three years. That’s about 0.2 percent of Bezos’s fortune per year, which he could get from his checking account interest or something.

Why should ordinary people give if all these effective charities could be fully funded by the rich?

I am somewhat sympathetic to that. It is frustrating if there’s other people who could do the thing at smaller sacrifice who aren’t.

However, in the scheme of things, most people in the rich countries like the US really are so much richer that if we then don’t try to do it — if we say, “If Bezos isn’t doing it, I won’t do it” — then that just pushes things down a level to people who are substantially poorer than us, many of whom still give a substantial amount of their income. Often poorer people give a higher fraction of their income than richer people. We’re then shirking this thing in the same way [as Bezos].

Ultimately what I found compelling was not fixating on how there are other people who could do even more than me. I don’t even know how that comparison is fundamentally relevant. The thing that’s really key to me is that my money could do 100 times more good for other people than it did for me.

It also, on reflection, was just very exciting to see how much I could do with the money. Not just that I morally ought to, but once I was doing so, it was amazing to see I could have such an impact on people’s lives, and that I could join with other people and have a tremendous impact altogether.

What should the media learn from the coronavirus?
The Dow Jones is now lower than it was when Trump took office
The US government is suing Google over anticompetitive practices
Fox News’s election fraud pandering may be its most dangerous lie yet
The 15 most awe-inspiring space images of the decade
New documents: White House persuaded DHS to cut short Nicaraguans’ humanitarian protection