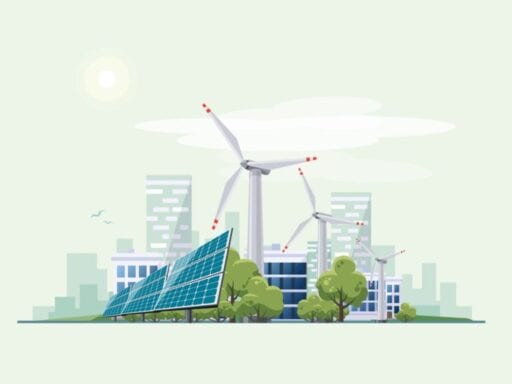 A political strategy that actually works.

This piece was originally published in May and has been lightly updated. As of December, 15 states (and Washington, DC and Puerto Rico) have official targets to get at least 50 percent of their electricity from clean sources. These states represent 28 percent of the US electric power demand.

Federal climate politics in the US remains as gridlocked as ever, but the past few years have seen a remarkable flourishing of climate and clean energy policy at the subnational level, in states and cities across the country.

This has given rise to all sorts of deep analysis — about the potential and limitations of states as laboratories of democracy, about the role of cities in the 21st century, about the ability of subnational actors to offset federal inaction — but, oddly, the simplest lesson of all often goes unstated.

In point of fact, all these subnational jurisdictions, for all their differences, used the same simple trick to achieve policy success.

What is that trick? Well, it’d be no fun if I just told you!

Instead, let’s run through a quick review of recent subnational policy progress on climate and clean energy. Perhaps, by the end of this list, if you squint just right, you’ll see the trick for yourself.

States and cities are leading the charge on clean energy

Here are some highlights at the state level:

And here are a few highlights from the last few months and the last year at the local level:

That list could go on — there are more than 120 US cities committed to 100 percent clean electricity — but you get the idea.

A notable feature all these jurisdictions have in common

Have you figured out the one weird trick yet? You probably have, but for those just catching up, let’s spell it out.

The trick is: elect Democrats.

There are many differences among these jurisdictions in size, ambition, and policy details, but one thing they all have in common is that Democrats have the power to pass policy despite Republican opposition. It’s not that no Republicans voted for any of these measures — there were R votes here and there, so some could charitably be called “bipartisan” — but that Republicans were not in a position to block any of them.

Last year, Nevada had a Republican governor; he vetoed a clean energy mandate. This year it has a Democratic governor; he signed it.

That’s how it works, in practice. When Democrats take control, in numbers that preclude Republican veto power, they pass thoughtful, ambitious policies to reduce greenhouse gas emissions and accelerate the clean energy transition. Where Republicans have the power to block such policies, they do. There are exceptions — all hail Illinois — but they are comparatively rare.

Perhaps climate and clean energy shouldn’t be partisan. But at the present moment, purely as a descriptive matter, they are partisan.

Many people find that situation distasteful. And they are rightly concerned with how to bring Republicans around on these issues — after all, Republicans still have veto power in most states and the federal government. There’s a whole cottage industry devoted to wooing conservatives on these issues, and I wish it godspeed. Perhaps someday the GOP will find a way to participate in good faith in this collective undertaking, though right now, the signs on that front are not good.

Until then, though, it is as my colleague Matt Yglesias said: By far the simplest and most reliable way for most people to express support for climate and clean energy policy is to vote against Republicans and for Democrats.

It’s not ideal. But it is what it is.

Taxpayer costs at Trump properties show the shamelessness of his “corruption” talk
How the Jussie Smollett case became part of a larger controversy around believing survivors
It’s Secret History month at the Vox Book Club. Question #1: Did Bunny have it coming?
Awful online coronavirus hoaxes keep popping up
5 takeaways from House Democrats’ resolution on the impeachment inquiry
Why people online are nostalgic for the early 2010s