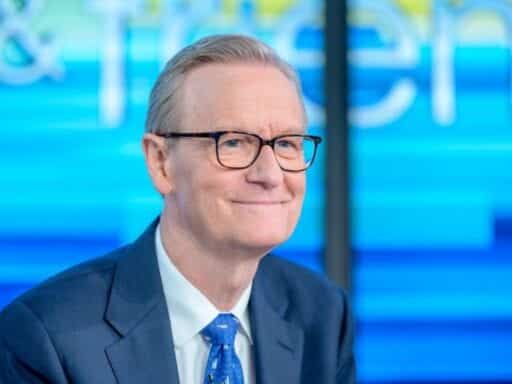 Fox & Friends shrugged off the quid pro quo months after saying it’d “be off-the-rails wrong” — and they’re not alone.

Throughout the impeachment process, President Trump and his allies have come up with novel ways to defend the president against allegations of misconduct that range from misdirection to outright lies.

As Trump’s Senate trial progresses, a clip put together by Media Matters for America shows just how dramatically defenders of President Donald Trump are willing to move the goalposts in their defenses of the president.

Last September, and in the months that followed, Trump’s Republican defenders acknowledged that if Trump linked the release of military aid to Ukraine with political favors, it would be a big deal. They insisted, however, there was no evidence that any corrupt quid pro quo actually existed.

But on the heels of news breaking on Sunday about former National Security Adviser John Bolton saying he has firsthand knowledge that Trump did in fact make that linkage, evidence of a corrupt quid pro quo is suddenly being met with yawns.

The then-and-now clip of Fox & Friends host Steve Doocy talking about the Ukraine scandal illustrates this shift in an especially stark manner.

Watch the two clips back to back for yourself:

Four months ago, Doocy proclaimed that “if the president said [to the Ukrainian government], you know — ‘I’ll give you the money but you gotta investigate Joe Biden’ — that is really off-the-rails wrong.”

In short, he acknowledged that a quid pro quo linking military aid to political favors would be indefensible, but he suggested the question was irrelevant because it didn’t happen.

But today, hours after news broke about Bolton’s book and its revelation that Trump directly told him the release of military aid was linked to his desired investigations, Doocy is singing a very different tune. To hear him say it now, the quid pro quo revelation is old news and not a big deal.

Referring to a New York Times report about a draft of Bolton’s forthcoming book, Doocy noted that “apparently it says Bolton was told Trump wanted to continue freezing money to Ukraine until they helped with probes of the Bidens,” but then downplayed the quid pro quo.

“But we heard him [Trump] in the transcript say he wanted President Zelensky to look into the Bidens and what happened in 2016, so is this a big, big, big story?” he said.

This sort of spin isn’t just a Fox News thing — as journalist Judd Legum detailed in a Twitter thread, a number of Republicans, including Sens. John Cornyn and Ted Cruz, have made the same shift from denying the quid pro quo to downplaying it.

1/27: On Bolton: “It doesn’t change the underlying facts”

In a way, this is true: Witness testimony has showed the president attempted to trade aid for the investigations, and Bolton’s information merely confirms that fact. But that’s not what Collins means.

Rep. Mark Meadows (R-NC), another member of Trump’s defense team, went from saying “there was definitely no quid pro quo” in early October to dismissing Bolton’s account of the quid pro quo as “a desperate attempt [by Democrats] to resusciate their dying political dreams” on Monday. (Never mind that Bolton is a Republican who worked for numerous Republican presidents.)

Along similar lines, Sen. James Inhofe (R-OK) went from falsely claiming just last Friday that a major problem with the case against Trump is the lack of firsthand witnesses to saying on Monday that Democratic efforts to compel the testimony of Bolton, who would be a firsthand witness, is just an effort to “string this thing out as long as they can.”

Other Republicans are even contradicting themselves within individual news conferences. During one on Monday, Sen. John Barrasso said of the Bolton revelation that “there’s going to be something new coming out every day,” and later claimed that “the facts of the case remain the same. There is nothing new here to what the House managers have been saying.”

Moving the goalposts in Trump’s defense seems to be becoming a regular thing for Barrasso. On Friday, I wrote about how he did the same thing regarding an audio recording that indicates Trump was lying about his relationship with Lev Parnas, Rudy Giuliani’s former fixer and a central figure in the Ukraine scheme.

But if they’re willing to put their heads in the sand in response to an account from a former administration official that indicates Trump is guilty of what he’s being accused of, it raises the question of what (if anything) Republicans wouldn’t defend.