This week in TikTok: When “fashionable” really means “skinny” 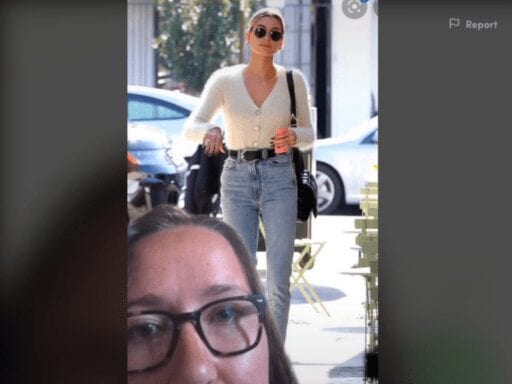 TV shows about fashion have mostly flopped for the same reason Fashion Week is dying: For so long, the high fashion industry was only relevant to those who were rich, white, and thin. My TikTok, feed, however, is absolutely full of memes like “what I’d wear if I were a character on Stranger Things” or “loungewear that will make you look rich.” It’s like a Pinterest board come to life, if Pinterest were full of cool teenagers instead of braided updos and bridesmaid font.

Lately there’s been a revolt — albeit a polite one — to these videos in the comments section. “Sometimes I don’t know if the outfit is fire or the person is just skinny and pretty,” reads the top-voted comment on a video of Carrie Bradshaw-inspired looks. The outfits were indeed fire, but it’s a sentiment shared by many commenters on TikTok: Am I seeing this video because they’re genuinely talented or entertaining, or am I seeing it because the person is gorgeous? User @senorapattinson started a series called “skinny or fashionable” where she posts photos of people like Kendall Jenner and Hailey Baldwin in T-shirts and mom jeans and asks the obvious question of whether these outfits are actually interesting, as they’re so often hailed, or whether what we’re really praising is their bodies.

It’s a backlash to the dominant culture on TikTok of workout tips, “what I eat in a day” videos, and general thinspo, which thrives on an app whose demographic includes millions of young women and girls. At least some are self-aware about their privilege: “Here’s a question to consider,” said one model-thin woman wearing a plain white tank top and soccer shorts, “Do people dress well or are they just wearing kind of neutral tones and are skinny? Like, I look so stupid and people compliment me.”

When I saw this viral tweet last week, I thought immediately of the TikTok discourse. “As always,” wrote Rayne Fisher Quann next to a photo of two anonymous larger people wearing T-shirts and shorts, “fashion is judged exclusively by the bodies that wear it.”

a tweet making fun of these women has 100k likes but i swear to god if bella hadid wore this exact outfit it would be on a million “80s casual inspo ❤️” pinterest boards bc, as always, fashion is judged exclusively by the bodies that wear it pic.twitter.com/eBZ6P3Zrmh

That thin people are praised for wearing “unflattering” clothing while fat people are mocked for hopping on the same trends — think tiny sunglasses, mom jeans, normcore — is one of the many hills I will die on; in 2017 I wrote a blog post called “Everything You’re Wearing Is Because Someone Hot Did It First,” and every time I see an $800 oversize beige smock dress from Acne Studios or something, I get mad all over again.

I’m thrilled that people are talking about the double standard and taking it seriously, especially because TikTok, like Instagram or Tumblr, can be a poisonous platform for those of us who struggle with body image. While there is a delightful subculture of celebrating mediocrity and ugliness on TikTok, so much of the experience of scrolling through the feed is symmetrical faces and flat stomachs, and it’s impossible not to compare. Breaking news: Might social media actually … harm your self-esteem?! Someone should look into that!

I must have stumbled into horror TikTok, because last week my feed was filled with jump scares of what users have deemed to be the most terrifying image imaginable: Lin-Manuel Miranda cringily biting his lip.

The selfie in question is from 2018 but has been raised from the dead on TikTok, where people are filming otherwise average videos and then suddenly slapping the very cursed image on them. According to Know Your Meme, “LinTok” began in earnest last week after a few videos making fun of the selfie went viral.

I think the larger forces at play here — straight men having absolutely no idea how to take a photo without being embarrassing — is the real story. Having done my own investigation into dude selfie face, it’s sort of charming to know that even though the internet can be an incredibly toxic and fraught place for women, men don’t always know what they’re doing on here, either.

Three potentially triggering POVs: First, your guidance counselor has a meeting with you about your parents’ recent divorce. Second, your toxic bullies film a YouTube video. Last, your teacher is disappointed in how you treated the substitute teacher yesterday.