This winter, the Vox Book Club is reading about lesbian necromancers in space 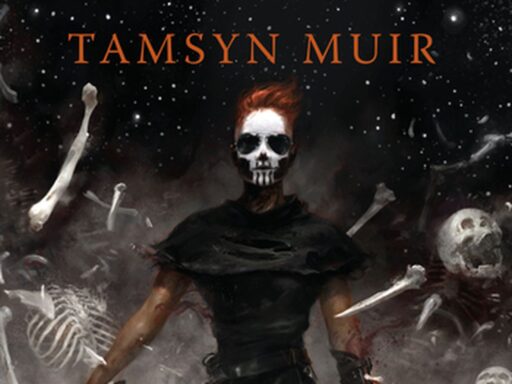 Announcing our dual picks for December and January.

As we head out of a very odd 2020 and into what we all hope will be a better 2021, the Vox Book Club believes that we all deserve a treat. It is in that spirit that I am delighted to announce that our dual picks for December and January are Tamsyn Muir’s Gideon the Ninth and its sequel Harrow the Ninth, the first two volumes of the Locked Tomb trilogy. (The release date for the third volume, Alecto the Ninth, has yet to be announced.) Together, these two books form an epic tale of secret identities, star-crossed lovers, lesbian necromancers in space, and so much more.

The Locked Tomb trilogy is one of those book series that I’m evangelical about. As soon as I read Gideon the Ninth last year, I informed every single person I knew that they had to read it, too, and then I watched with satisfaction as everyone who had the good sense to follow my instructions read it, fell in love, and then started telling everyone they knew to read it, too. It’s the kind of book you can love like that: so strongly that you want to force everyone else to love it in just the same way.

The Locked Tomb trilogy tells the tale of Gideon Nav, a brash and impulsive swordswoman who likes duels and dirty magazines, and Harrowhark Nonagesimus, a vicious bitch of a goth princess whose only pleasure in life comes from necromantic bone magic. Gideon and Harrow are forced to work together on a quest. They hate each other. Obviously, they will fall in love. It’s delightful.

The trappings here are all flamboyant and absorbing and fun, but it’s the prose that really makes this pair work for me. It’s so lush and velvety that you feel you can wrap yourself up in it, and Muir is constantly conjuring up lurid gothic fantasias only to puncture them with a bone-dry joke. The result is pure pleasure.

Subscribe to the Vox Book Club newsletter to make sure you don’t miss anything, and let’s get started.

TBA: Our live Zoom Event for both books will come at the end of January, with details to be announced. Subscribe to the newsletter, and we’ll send you an RSVP link with all the info as soon as it’s available!

Joe Biden’s $1.9 trillion Covid stimulus plan, explained
The Cambridge Analytica whistleblower on how American voters are “primed to be exploited”
How reality caught up with the reality TV president
How protesters are turning the tables on police surveillance
Bill Gates has an idea for how to get billionaires to donate more for coronavirus
Even while sick with Covid-19, Trump sees masks as a symbol of weakness