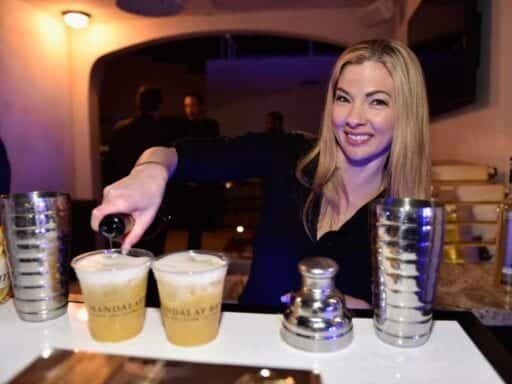 Housekeepers and cocktail waitresses pushed to include the buttons in their labor contracts.

Housekeepers and cocktail servers who work at the largest casinos in Las Vegas will soon carry panic buttons allowing them to call for help if they experience sexual harassment or abuse on the job.

Two major casino operators, MGM Resorts International and Caesar’s Entertainment, agreed in contract negotiations with unions to give the panic buttons to workers who are vulnerable to sexual harassment. The labor contracts cover 36,000 service workers at the Bellagio, Mandalay Bay, the Mirage, MGM Grand, Caesar’s Palace, and other iconic casinos on the Las Vegas Strip, according to the Culinary Workers Union’s Local 226.

The panic button looks like a car remote, and when pressed, it alerts managers, who receive the name and room number of the employee who is signaling there’s trouble.

The move is a victory for workers in the service industry, who are at high risk for experiencing sexual harassment. Las Vegas casino housekeepers, bartenders, and cocktail servers have been pushing managers to protect them from harassment as the #MeToo movement has gathered steam; it swept through Las Vegas after news broke that casino titan Steve Wynn had allegedly harassed and sexually assaulted female workers at his casinos.

“We are here to do our jobs and provide incredible, world-class customer service for our guests,” Maria Landeros, a housekeeper at the MGM Grand, told the Culinary Union. “We are not here to be abused or have people think that just because it’s Las Vegas anything goes.”

The Westgate Las Vegas Resort & Casino, a separate property whose managers are still in contract negotiations with the local labor union, has already ordered panic buttons for workers, according to a local Fox News affiliate.

The recent focus on widespread sexual harassment has centered on Hollywood, but working-class women in the restaurant and hospitality industry have reported the highest rates of sexual harassment on the job. From 2005 to 2015, hotel and restaurant workers filed at least 5,000 sexual harassment complaints with the Equal Employment Opportunity Commission — more than representatives of any other industry, according to an analysis by the Center for American Progress.

Democratic senators weren’t getting meetings with Trump’s AG pick. Republicans realized it was a bad...
The 5 biggest Trump-Russia events to watch for in 2019
Virginia becomes the first state in the South to target 100% clean power
A stranded oil tanker at risk of spilling in the Caribbean looks to be safe — for now
Brazilian media report that police are entering university classrooms to interrogate professors
Poll: Most Trump voters don’t see Covid-19 as an important election issue