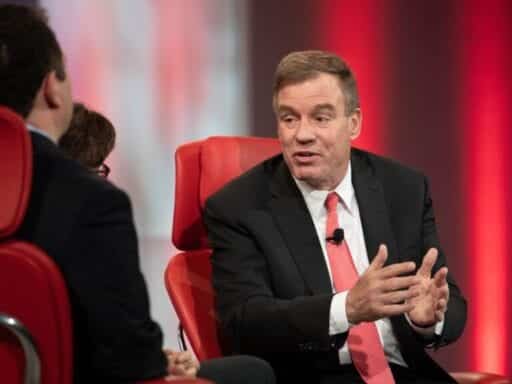 Sen. Warner outlined what he thinks Congress needs to do next on the latest Recode Decode.

Cooperation between the US government and tech giants like Facebook, Google, and Twitter has improved somewhat in recent years, Senator Mark Warner says — but there’s a snowball’s chance in hell they’re going to be able to continue to regulate themselves.

“There have never been companies of this size and this power that haven’t had some level of oversight,” Warner said on a recent episode of Recode Decode with Kara Swisher. “The old ceiling [for regulation] is going to become the new floor.”

On the podcast, Warner — a Democrat and the senior US Senator from Virginia — told Swisher that there is bipartisan agreement in Congress around the need for new digital privacy legislation, yet he feels it is “necessary but not sufficient.” So in addition to a national privacy bill, he proposed three big ideas that he said would address Silicon Valley’s shortcomings.

You can read selected quotes from those proposals below, and also listen to the full interview on Apple Podcasts, Spotify, Google Podcasts, TuneIn, or wherever you get your podcasts.

In several ways, he explained, companies are being less than completely honest with their users. One is the way consumers are expected to “agree” to lawyered-up terms of service and spammy marketing emails because they think they have no other choice.

“Dark patterns, the way social media uses manipulative tactics to try to get your data without you knowing it … The notion of you go to some site and you either say yes or — you can’t say no,” Warner said. “You say ‘learn more.’ Or you can never find the ‘unsubscribe’ button.”

His proposed remedy is a two-tiered standard for transparency in the marketplace about what we’re agreeing to and where our data is going.

“We think there ought to be a industry-regulated group that would be first and then an FTC backup — narrow, but important piece of legislation,” Warner said. “We ought to know what data is being collected from us and how much it’s worth.”

However, he stopped short of endorsing a system whereby consumers would automatically be compensated for the bits of privacy they sign away to advertising-driven businesses. Instead, Warner argued, a more transparent industry would encourage new entrants to think of privacy as a value-add and a way to compete with the entrenched market leaders.

Before he was in politics, Warner was an entrepreneur and venture capitalist, co-founding the wireless carrier Nextel, which merged with Sprint in 2005. He likened the current state of social media’s walled gardens to the inconvenience of being a phone customer before the Telecommunications Act of 1996.

“It used to be a real pain in the neck to move from one telephone company to another till we had number portability,” he said. “I think we need data portability. If we’re tired of Facebook, let’s move all our data, including your cat videos, to a new site easily. But if you’re going to have data portability, you also got to have interoperability so you can still talk to the people back on the old site.”

In other words, you’d be able to reach a relative who’s only on Facebook without needing to be on Facebook yourself — the same way you can email a person with a Yahoo email address even though you prefer Gmail.

Bot transparency and the end of anonymity

A small but growing chorus of voices in the policy world has begun asking if Congress needs to repeal or revise Section 230 of the Communications Decency Act of 1996, a provision that granted broad protection to tech platforms from being held liable for the content posted by their users. Warner didn’t rule that out but suggested it might not be as necessary if platforms made it 100 percent clear whether you were talking to a real person, a bot, or a person who could not or would not verify their identity.

“If someone had to own their content with their real identity … you might need less movement on 230,” he said. “Because if we’re trying to think, ‘How do we at least slow or make people think a little bit?’ … you know who’s who.”

However, he acknowledged that the identity verification rules may need to be different abroad.

“I do recognize, as some listeners may say, ‘Identity validation in the US, so if you have to own your hate speech you may think twice,’ may make sense,” Warner said. “But identity validation if you’re a political organizer in Egypt is a thornier question.

“I acknowledge these are tough things, but the notion that the status quo and the Wild Wild West is going to continue, it’s not,” he added. “One of the things I’ve told the platforms is you guys are living on borrowed time. We are one event away from Congress overreacting.”