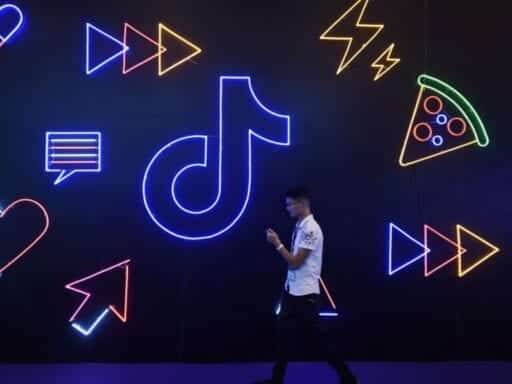 Share
Loading...
A visitor at the booth of Douyin (the Chinese version of TikTok) at the 2019 Smart Expo in Hangzhou, China, on October 18, 2019. | Costfoto / Barcroft Media via Getty Images

A US teen says the video-sharing platform suspended her account for criticizing China’s treatment of Muslims.

A US teenage TikTok user’s attempt to spread awareness about China’s oppression of its Uighur Muslim population has renewed questions about censorship on the China-based social media company’s platform.

Earlier this week, 17-year-old Feroza Aziz, who lives in New Jersey, posted on TikTok what was presented as a three–part tutorial on how to get longer eyelashes but quickly switched to a call-out about China’s treatment of its Muslim population. Several human rights groups have accused China of putting 1 million Muslims, mostly from the Uighur ethnic group, into concentration camps and shutting down or destroying mosques. China’s government denies this and claims that the camps are merely vocational training centers.

In her TikTok videos, Aziz begins her beauty tutorial simply enough. “The first thing you need to do is grab your lash curler, curl your lashes, obviously,” she says. Then she changes her message: “Then you’re gonna put [the curler] down and use your phone that you’re using right now to search up what’s happening in China. How they’re getting concentration camps, throwing innocent Muslims in there, separating their families from each other, kidnapping them, murdering them, raping them … this is another Holocaust.”

Aziz said she sandwiched her political commentary between eyelash improvement tips in order to circumvent censorship she anticipated from the platform. Less than two days after her first video was posted, she tweeted that she had been suspended from TikTok for a month.

I am blocked from posting on tik tok for a month. This won’t silence me.

In a statement, TikTok confirmed that it banned Aziz — though it denied it was because of her beauty tutorial-cum-impassioned plea on behalf of China’s Muslims. Instead, it said it only banned the phone that Aziz used to upload those videos because it was tied to her previous account, which had been banned for violating policies on terrorism-related imagery. (One of her videos briefly showed a photo of Osama bin Laden in what she has described as a joke about other people’s perceptions of the kind of men that she, as a Muslim woman, is romantically interested in.)

There is a bit of a discrepancy here: TikTok says it only permanently banned one of Aziz’s devices and that her account was otherwise left alone. But Aziz says her entire account was suspended for a month, and she tweeted an image of what she said was a message from TikTok saying as much.

TikTok said that it had removed Aziz’s videos, but only for a 50-minute time period “due to a human moderation error.” Finally, the social media company apologized to Aziz and said it would un-ban her phone so she can access her account again. Aziz tweeted that she does not believe TikTok’s stated reasons for banning her, but said she had regained access to her account.

This all comes in the middle of the app’s attempts to distance itself from its Chinese owner, ByteDance, amid concerns over how it handles user data and whether or not the Chinese government has access to it. TikTok was fined $5.7 million by the FTC earlier this year over allegations that it knowingly allowed children under 13 to sign up for its service and provide their personal information without parental consent — a violation of the Children’s Online Privacy Protection Act. In September, reports from the Guardian and the Washington Post claimed that TikTok was censoring politically sensitive content. Last month, Sens. Chuck Schumer and Tom Cotton co-authored a letter requesting that the intelligence community assess TikTok for any national security risks based on its parent company’s Chinese ties. And ByteDance’s 2017 $1 billion acquisition of Musical.ly, which was then folded into TikTok, is now being investigated by the Committee on Foreign Investment in the United States.

In response, TikTok has repeatedly insisted that all US-based user data is stored in the US and Singapore, and that the Chinese government has no access to it. The company says it does not censor content the Chinese government disapproves of, that moderation of US content is done by a US-based team, and that it does not operate in China at all (for Chinese users, ByteDance has a similar app called Douyin — which is heavily censored, like everything else on the Chinese internet). In a recent interview with the New York Times, TikTok head Alex Zhu said that TikTok did not share user data with its parent company. He also said TikTok wasn’t really a platform for politics, but for a “creative and joyful experience.”

“Today, we are lucky,” Zhu told the Times, “because users perceive TikTok as a platform for memes, for lip-syncing, for dancing, for fashion, for animals — but not so much for political discussion.”

Examples like this only cast more doubt on TikTok’s claims that free speech is alive and well in the American version of its app. Despite those censorship concerns, it remains hugely popular, especially among Gen Z. After all, Aziz didn’t walk away when her previous account was banned; she simply created another.

Trump’s withdrawal of US troops from Somalia, briefly explained
Want to be in our new YouTube show? Send us a question.
Roger Stone was just sentenced to 40 months in prison
Twitter, Microsoft, LinkedIn, and other companies are calling for an end to Trump’s rule to keep out...
John McCain’s signature campaign finance law was a real achievement — for its time
Trump released a tweet-like statement denouncing violence. He still needs to do more.