TikTok: the most exciting, and controversial, social media app on the planet 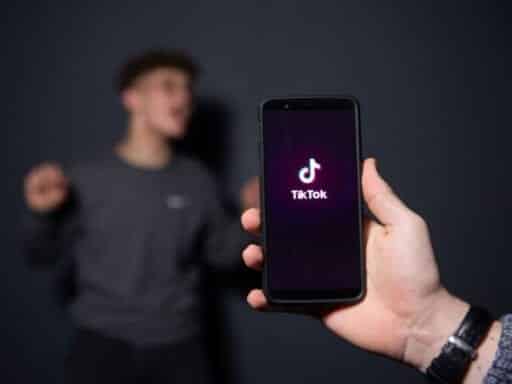 In just a year, the Chinese-owned TikTok has become Gen Z’s favorite place to goof off, and a subject of skepticism from politicians.

TikTok has only been around in the US since August of 2018, but it’s already become the defining social media app of Gen Z.

The app once known as Musical.ly was bought by the Beijing-based internet company ByteDance in 2017. Though it relaunched as virtually identical to Musical.ly, TikTok quickly transformed into something more like Vine: a goofy place for weird comedy, memes, and ironic inside jokes. In doing so, the platform has made famous tons of fledgling comedians, singers, dancers, actors, and normal teenagers — becoming “TikTok famous” is now a popular goal for high schoolers.

Its legions of underage users, of course, have landed the company in hot water on several occasions. In February 2019, it was hit by a record-breaking $5.7 million FTC fine for illegally collecting data from children under 13.

That it is based in Beijing, too, has made it a target of skepticism. TikTok has been accused of censoring pro-Hong Kong videos, and it was found to be banning LGBTQ content in countries like Turkey. TikTok is now facing an investigation by the Committee on Foreign Investment in the US, which aims to determine if the app poses a threat to American citizens.

At least one other person is not thrilled about TikTok’s rise to dominance: Mark Zuckerberg. The Facebook founder has tried and failed to buy, then kill TikTok with his copycat product, Lasso, which has yet to make serious inroads. An app that teens love and everyone else seems to be rooting against? Sounds like one worth paying attention to.

To learn more about TikToK, listen to Today, Explained. Vox’s daily explainer podcast has an episode all about the app and another one that breaks down a TikTok meme, OK boomer.