TikTok’s shapeshifting filter is my nemesis 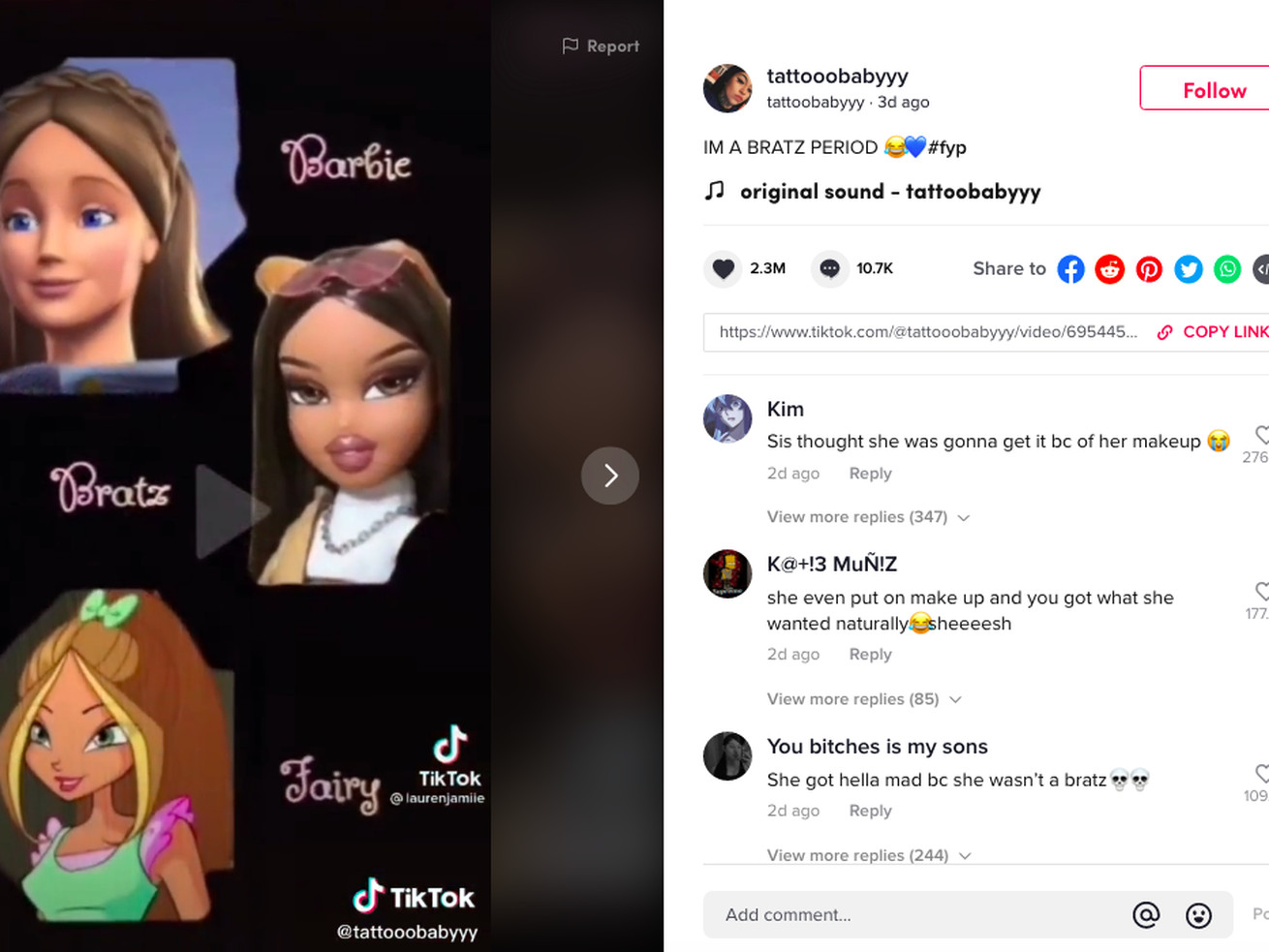 The app’s new celebrity doppelganger feature keeps telling me I look like Matthew Morrison, and for that it must be stopped.

There is a new TikTok trend that’s supposed to tell you whether you look like a Barbie, a Bratz doll, or a fairy. The cartoon fairy, which I did not recognize at first, is apparently from an animated television show that my coworker Terry Nguyen informs me is called Winx Club and is about six fairy friends in a magical universe, and which Wikipedia tells me involves their boyfriends who do not have magical powers but do fight with lasers. It sounds fun!

Anyway, the way you find out whether you’re a Barbie, a Bratz doll, or a fairy is by using the Shapeshifting filter. It’s a new feature for US TikTok users that allows you to upload any photo that includes multiple people, and it’ll morph your face into whichever person it thinks you look most like. Some other popular iterations include grids of several characters from Harry Potter, the Marvel Cinematic Universe, or the Glee cast circa 2010.

In short, the Shapeshifting filter is a violent act, and it must be stopped. I, like you, love all those fun tools that tell you what celebrity or historical painting your face looks like. It’s human nature to delight in instances of unexpected familiarity — I once interviewed a psychologist who studies fame, and she said that the joy we receive from a celebrity sighting or recognizing an actor in a movie isn’t necessarily because we like that person, it’s because your brain is screaming, “You’ve seen that before!!!” and it rewards you with dopamine. (Which sort of explains the whole idea around getting famous “for doing nothing” on TikTok.)

But the Shapeshifting filter is a specific kind of terror, because the Shapeshifting filter is almost always wrong in the worst way possible. Say, for instance, you wanted to see which 2016 presidential candidate you looked like, and it keeps telling you that you look like Ted Cruz no matter how many different expressions you try. Or you’re a white woman trying to see which Kardashian sister you look like, but instead you end up as the little floating Kanye head. Or you’re trying to see which BTS member you are, but you’re the businessman the band is posing with. This filter isn’t just rude, it’s objectively bad: Several TV and film actors have tried the Shapeshifting filter on press photos of themselves and their castmates, and the filter reliably gets it wrong.

At first, I assumed that the product was just randomizing facial patterns to connect two unrelated faces, sort of like those Instagram filters that tell you what your animal lookalike or “vibe of the day” is, even though everybody knows it’s essentially a slot machine. But if the mechanism were completely random, it would seem that people shouldn’t be getting the same exact results no matter how many times they try. I used the Harry Potter cast photo at least a dozen times and kept getting Draco Malfoy, which was not nearly as horrible as when I tried the Glee version and was told that I resemble internet villain Matthew Morrison. I obviously don’t know enough about facial recognition technology to understand how this works and why it is so insistent on humiliating me, but I am determined to find out.

That’s not to say that the TikToks the filter has spawned haven’t been extremely entertaining. There’s one — of a guy who dresses progressively more like Voldemort and still fails to land on the character — that made me laugh so hard I cried. Another genius uploaded a photo of the holy trinity (Lindsay Lohan, Britney Spears, and Paris Hilton) to determine where his spirit lay. You can also use the filter to make some pretty dark jokes about going “Copmala” on a drug dealer ex who broke your heart. Considering so many of the other TikTok trends that revolve around face filters pretty much only exist to accentuate the conventional attractiveness of the user, the Shapeshifting filter doesn’t necessarily have to be used for evil.

The Barbie, Bratz, or fairy trend has all the elements of a viral TikTok feature: It sorts people into boxes (what does it mean if you’re a Barbie instead of a fairy?), thereby making you feel a little bit special no matter the answer. It also pretends to hold some clue about your true identity or appearance, which is what the rest of TikTok is essentially about. My For You page is full of people diagnosing each other with various mental illnesses, slotting each other on spectrums of appearance or personality, or arguing about what counts as “midsize” versus “in-between” versus “plus-size.”

These are all tiny ways to try and make sense of the world and oneself (TikTokers are always saying that they feel like they have no clue what they “really” look like; the extent to which that is a problem remains unclear) in a time when practically everybody is completely stir-crazy.

In conclusion, the Shapeshifting filter told me I’m a Bratz doll even though I’m obviously a fairy, and for that reason it must die.

This column first published in The Goods newsletter. Sign up here so you don’t miss the next one, plus get newsletter exclusives.

Hannity says Biden should call Trump and thank him for his Covid response. That’s a stretch.
Vox Sentences: It’s official
Watch: How soap kills the coronavirus
Int. Sec. Ryan Zinke's sock tweet may have violated Federal ethics law
The Trump presidency is over, and Obamacare is still alive
Why Mike Bloomberg plans to spend $100 million boosting Biden in Florida