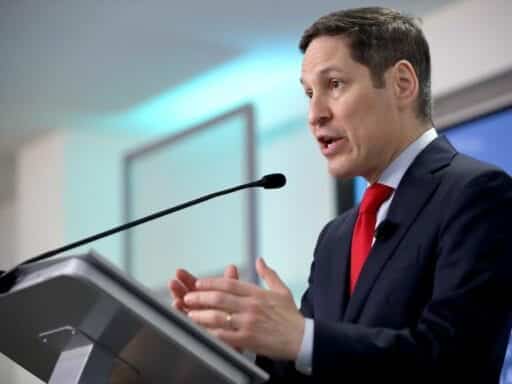 Frieden, who led the public health agency for eight years, was arrested in New York on Friday.

Tom Frieden, the former head of the Centers for Disease Control and Prevention, has been arrested following allegations of sexual harassment, sexual abuse, and forcible touching, several news outlets have reported.

Frieden, who led the public health agency for eight years under President Obama, is alleged to have forcibly touched at least one woman on her buttocks, STAT reported. The alleged assault took place in Frieden’s Brooklyn home. Frieden, age 57, was arrested by the New York Police Department on Friday and is expected in court later today.

According to BuzzFeed, the victim was a 55-year-old woman, and the incident took place during October 2017. The local ABC news station in New York is reporting that the woman reported the allegations in July.

The former health official presided over many disease outbreaks, including the 2014 Ebola epidemic, and has been a frequent Vox source for analysis of public health issues both before and after his tenure with the Obama administration. He is a former New York City health commissioner, and is currently the president and CEO of Resolve to Save Lives, a global health nonprofit and initiative of Vital Strategies.

Watch: Quarantined Italians are singing their hearts out. It's beautiful.
Mr. Robot wraps up with a near-perfect final season about our need to connect
A whistleblower movie isn’t an obvious fit for Todd Haynes. That’s why he made Dark Waters.
The emotional response to Kylie Jenner’s cereal, explained
This Columbus Day, a reminder Christopher Columbus was “a murderous moron”
WeWork and Juul show that startup “valuations” can be totally meaningless