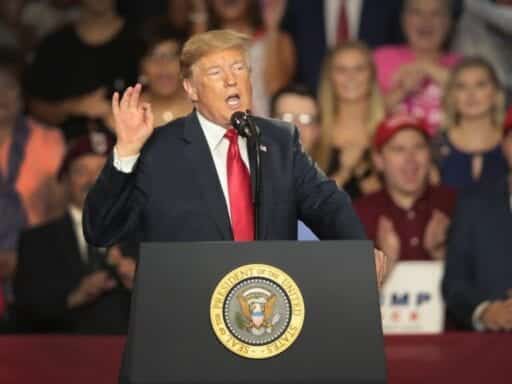 UN Human Rights Commissioner Zeid Ra’ad al-Hussein, who is leaving his position this month, spoke candidly to the Guardian’s Julian Borger about the danger of Trump’s repeated assaults on the media as “fake news” and the “enemy of the people,” both within the United States and around the world.

“We began to see a campaign against the media … that could have potentially, and still can, set in motion a chain of events which could quite easily lead to harm being inflicted on journalists just going about their work and potentially some self-censorship,” Zeid told the Guardian. “And in that context, it’s getting very close to incitement to violence.”

Zeid began his tenure as UN human rights commissioner in 2014. He announced in December that he would not seek another four-year term, saying at the time that in the current geopolitical climax, doing so “might involve bending a knee in supplication.”

It’s likely that parting shot included a reference to Donald Trump, whom Zeid has criticized in the past: rebuking the administration’s family separation policy at the US-Mexico border, calling Trump’s statements about Muslims and other minorities “grossly irresponsible,” and lambasting Trump’s “fake news” attacks.

“It’s really quite amazing when you think that freedom of the press, not only a cornerstone of the Constitution but very much something the United States defended over the years, is now itself under attack from the president himself,” Zeid said in August 2017. “It’s a stunning turnaround.”

Zeid paints Trump as part of a dangerous trend

In recent weeks, Trump has escalated his attacks on the press, particularly at rallies — egging on the crowd and using the phrase “enemy of the people” on Twitter to describe the news media.

The Fake News hates me saying that they are the Enemy of the People only because they know it’s TRUE. I am providing a great service by explaining this to the American People. They purposely cause great division & distrust. They can also cause War! They are very dangerous & sick!

Many have pushed back against Trump’s rhetoric; newspapers are running a slew of editorials about his “war” on the press this week, warning against the harm to journalists in the US.

But Zeid told the Guardian that Trump’s anti-press rhetoric not only puts journalists in the US at risk but also emboldens other authoritarians to crack down in their respective countries.

“The US creates a demonstration effect, which then is picked up by other countries where the leadership tends to be more authoritarian [in] character or aspires to be authoritarian,” he said.

Indeed, Trump’s press attacks have been mimicked worldwide — and have given governments cover to crack down on dissent. Officials in Myanmar, which is waging a campaign of ethnic cleansing against the minority Muslim group the Rohingya, have called the very existence of Rohingya in their state “fake news.” In the Philippines, President Rodrigo Duterte has been accused of cracking down on publications critical of his extrajudicial war on drugs.

Trump’s attacks on the press are combined with his administration’s larger retreat from leadership on human rights issues worldwide. Trump has remained quiet in the human rights spat between Canada and Saudi Arabia and failed to mention North Korea’s egregious human rights abuses during his June summit.

The administration also pulled out of the UN Human Rights Council in June. Though the US has long had a somewhat rocky relationship with the body, Trump’s move came amid harsh criticism of his immigration policies.

Zeid’s warnings about the risks of Trump’s rhetoric should be taken seriously — but even the blunt criticism of the outgoing human rights chief seems unlikely to curtail the president’s attacks, or reverse the administration’s withdrawal from its global leadership on human rights.