Toward a better theory of identity politics 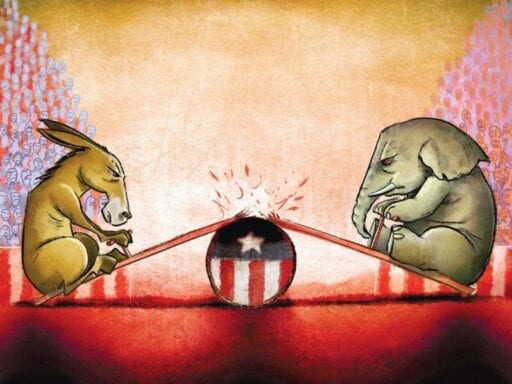 Listen to an exclusive preview of my new book, Why We’re Polarized, on The Ezra Klein Show podcast.

This episode of The Ezra Klein Show is literally years in the making. It’s an excerpt — the first anywhere — from my book Why We’re Polarized.

A core argument of the book is that identity is the central driver of political polarization. But to see how it works, we need a better theory of how identities form, what happens when they activate, and where they fit into our conflicts.

The term “identity politics” is generally used to diminish and discredit the concerns of weaker groups to clear the agenda for the concerns of stronger groups, which are framed as more rational, proper topics for political debate. But in wielding identity as a blade, we have lost it as a lens, blinding ourselves in a bid for political advantage. We are left searching in vain for what we refuse to allow ourselves to see.

To understand American politics, we need a better understanding of how identity works in politics, and in us. Many of us have been taught to only see identity in others. We need to see it in ourselves.

If you’re a longtime listener, this excerpt — like the broader book — will tie a lot of threads from the show together. If you’re a new listener, it’ll give you, I hope, a clearer way to understand a powerful driver of our politics and our lives. And if you’re a sports fan, you’ll finally get to hear me talk about a topic I so often avoid. Here’s a sneak peek:

In 2006, Will Blythe published a book with a title I have never forgotten. It was called To Hate Like This Is to Be Happy Forever. How can you walk by a book with those words slashed across the cover? What could it be about?

When I picked it up, I was surprised to see that it was an exploration of the rivalry between the Duke and University of North Carolina basketball teams and the way that rivalry had given shape and meaning to the author’s life in moments when little else did. “The living and dying through one’s allegiance to either Duke or Carolina is no less real for being enacted through play and fandom,” Blythe writes.

I love that line. The living and dying through one’s allegiance. If it sounds like hyperbole, consider the possibility that the emotional experience it describes is not just real, but rational. Human beings evolved to exist in groups. To be part of a group, and to see that group thrive, meant survival. To be exiled from a group, or to see your group crushed by its enemies, could mean death. Is it really so strange that we evolved to feel the life-and-death stakes of group belonging and status?

Sports are such a powerful force in human society precisely because they harness primal instincts that pulse through our psyche. The fact that teams can command such deep, violent loyalty based on nothing but being in the same town as fans — even as professional sports teams are transparently cynical in their loyalties, even as they demand stadium subsidies to locate and tax breaks to remain in the towns they profess to love, even as the players leave the moment another team offers a better deal — shows that … a group does not have to be based on objectively important criteria for it to become an important part of our self-identity and for it to inspire loathing of those who stand outside its boundaries.

Why We’re Polarized comes out on January 28. You can order it, both in text and audiobook forms, at WhyWerePolarized.com.

You can listen to this conversation — and others — by subscribing to The Ezra Klein Show on Apple Podcasts, Spotify, Stitcher, or wherever you get your podcasts.

Trump’s new recovery plan doesn’t include police reform
The 4 key things to watch for at the Trump-Putin summit
The post office arrested Steve Bannon. Yes, the post office can arrest people.
With one twist, RuPaul’s Drag Race: All Stars became a lot more compelling and a lot like Survivor
The frustrating, enduring debate over video games, violence, and guns
I did Shop With a Cop as a kid. Now I realize it was police propaganda.