Tropical Storm Dorian: what we know about its path and its impact on Puerto Rico 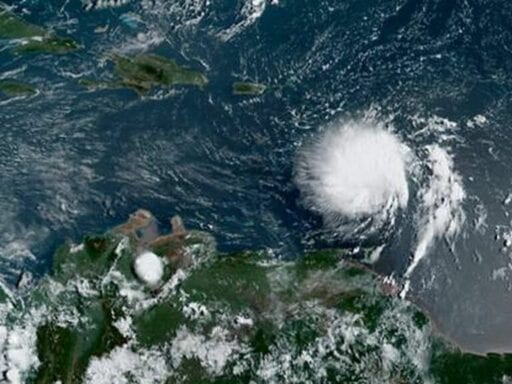 The storm is forecast to impact Puerto Rico and possibly hit Florida later in the week.

A tropical storm has formed in the Caribbean, and forecasters are projecting it will hit Puerto Rico Wednesday before moving onward, possibly impacting Florida. Its name is Tropical Storm Dorian and, as of right now, the storm currently is sustaining 50 mph winds (74 mph winds are considered hurricane strength).

“On the forecast track, the center of Dorian will move across the northeastern Caribbean Sea tonight, pass over or near western and central Puerto Rico on Wednesday, and move near or just east of eastern Hispaniola Wednesday night,” the National Hurricane Center reports. By the time the storm reaches Puerto Rico, the NHC warns, it may be nearing hurricane strength.

Remember, though: Forecasts can change. Overall, meteorologists are better at predicting the path of a hurricane than its intensity, so there’s uncertainty in how strong (or weak) Dorian can grow. “The future intensity of Dorian will be quite dependent on how much land interaction there is with the mountainous island of Hispaniola,” the National Hurricane Center advised Tuesday morning.

Puerto Rico is still bruised from the destruction of Hurricane Maria, which made landfall nearly two years ago. The National Hurricane Center predicts up to 8 inches of rain is possible on the island and warns of high winds. A tropical storm warning (meaning tropical storm conditions are expected) is in effect for the island, as is a hurricane watch (meaning hurricane conditions are possible).

And here are the key messages from the National Hurricane Center:

3. The threat of tropical storm or hurricane conditions, along with storm surge, in the Bahamas and along portions of the Florida east coast have increased. Residents in these areas should monitor the progress of Dorian and ensure that they have their hurricane plan in place.

4. Uncertainty in the intensity forecast later this week remains higher than usual due to the potential for Dorian’s interaction with Puerto Rico and Hispaniola to weaken the storm.

It’s still not known if (or how strongly) Dorian will impact Florida, so keep an eye on this weather system.