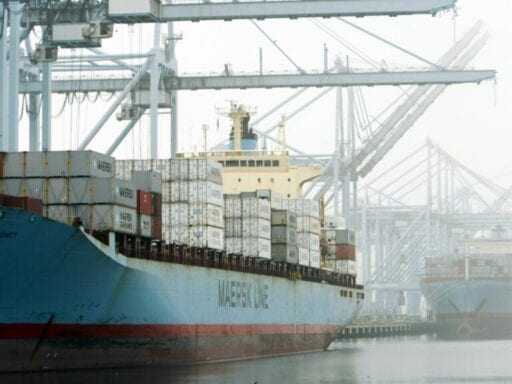 Top White House economic advisers are emphatically saying that the economy is fantastic. Experts aren’t so sure.

After a week of serious warnings about the threat of a recession and the emergence of indicators signaling a coming economic downturn, the White House is scrambling to convince the public that the economy is doing just fine. But experts aren’t so sure President Trump’s advisers are correct in claiming there is nothing to worry about.

Larry Kudlow, Trump’s top economic adviser, and Peter Navarro, one of Trump’s top trade advisers, collectively appeared on five television shows on Sunday as part of a concerted effort to calm growing fears that a recession is around the corner.

On Meet the Press, Kudlow boasted about a low unemployment rate, growing wages, and consumer confidence, telling host Chuck Todd that Americans should actually look forward to a period of increased growth.

“I sure don’t see a recession,” Kudlow said. “We’re doing pretty darn well in my judgment, let’s not be afraid of optimism.”

WATCH: Is a recession on its way? WH economic adviser #MTP #IfItsSunday

Kudlow: “I sure don’t see a recession. … Let’s not be afraid of optimism.” pic.twitter.com/Is8EJVIPwN

Todd raised the fact that while working as an analyst, Kudlow wrote in December 2007 that there was no recession coming — just before the biggest recession that the US has endured since the Great Depression struck. Kudlow conceded that he had gotten that one wrong.

Liberal critics argue that Kudlow has a notoriously poor record as an economic prognosticator, and that he tends to focus on questions of abolishing taxes at the expense of most other things in his analyses. The adviser promoted this view on Fox News Sunday, claiming the White House is “looking at” a middle class tax cut, as he brushed aside a question about negative impacts of Trump’s economic policy by praising supply-side economics.

Navarro also made the case for a strong economy on ABC’s This Week, CNN’s State of the Union, and CBS’ Face the Nation.

“Before I came to the White House, I spent a better part of 20 years forecasting the business cycle and stock market trends, and what I can tell you with certainty is that we’re going to have a strong economy through 2020 and beyond with a bull market,“ Navarro told Martha Raddatz on This Week.

While he was very confident, it’s worth noting that Navarro holds some extremely niche views on how the economy works, and many economists and members of the business community don’t consider his appraisals reliable.

On State of the Union, for example, Navarro maintained — despite being presented with studies that found otherwise — that Trump’s tariffs on Chinese goods are “not hurting anybody here. They’re hurting China.”

But there is in fact plenty of evidence that the US’s tariffs on Chinese goods (border taxes on imports) have cost domestic businesses billions of dollars by forcing them to raise prices for consumers and costing them sales as a result.

On @CNNSotu, Navarro kept telling @jaketapper to “look at the data” for evidence that tariffs were not affecting U.S. prices. Has Navarro himself looked at the data? https://t.co/ZiUePMOcKG pic.twitter.com/N6FUZ8b1bB

And although the numbers literally said otherwise, Navarro said on This Week that he believes there hasn’t yet been a yield curve inversion — a switch in the return rates of short and long term bonds, widely considered a strong predictor of recessions — “right now by technical standpoints.”

We don’t know if a recession is coming. But there are signs one could be near.

Economic experts and forecasters think there are few potential events that could cause or signal an oncoming recession.

The most prominent one is the US’s trade war with China — a conflict which Navarro has been advocating for aggressively since his first day in office.

Tensions between the US and China have been escalating, and a resolution is looking increasingly unlikely in the near term. At the start of the month, Trump announced he would put a 10 percent tariff on $300 billion of Chinese goods, and China retaliated by stopping buying agricultural goods from the US and allowing its currency to weaken. Amid market turmoil this week, the Trump administration said it would delay its latest round of tariffs from their September 1 start date to December 15, but China shrugged it off.

Goldman Sachs analysts said in a note to clients over the weekend that they “no longer expect a trade deal before the 2020 election” and increased their estimates for how much they think the trade war will affect the economy.

Growing levels of debt are also a point of concern. Before entering the Senate, Elizabeth Warren (D-MA) was an expert on debt, and unlike Kudlow, she caught the early warning signs of the financial crisis of 2008 — in part based on debt trends. In a Medium post published in July, Warren said that she’s now seeing troubling trends with debt again.

“When I look at the economy today, I see a lot to worry about again. I see a manufacturing sector in recession,” she wrote. “I see a precarious economy that is built on debt — both household debt and corporate debt — and that is vulnerable to shocks. And I see a number of serious shocks on the horizon that could cause our economy’s shaky foundation to crumble.”

Some of the shocks Warren worries about — such as how the UK ends up exiting the EU — are outside of the US’s control. But others, like escalating a trade war with China, are completely within the White House’s ability to manage.

Properly navigating those potential pitfalls would help negate some of the concern over the recent yield curve inversion that has also been a major point of focus for economic analysts. The flip in the usual relationship between short-term and long-term interest rates is a strong predictor of recessions, and has prompted policymakers to consider that a recession is serious possibility.

[F]or the curve to invert implies that investors are forecasting that something unusual will happen. Something that will push future interest rates down low enough to justify long-term yields being low despite the risks. Something like a future collapse in private sector investment demand that makes government borrowing cheap. Or something like a series of Federal Reserve moves to try to reduce interest rates and spur more economic activity.

In other words, a future recession.

None of these factors guarantees that a recession is around the corner, and it is still possible for policymakers to take steps to minimize the likelihood of one. However, the fact Trump’s economic advisers are claiming nothing is wrong in the face of experts’ concerns seems to signal that the White House is unlikely to — or unwilling to — make any of the policy changes that could help avert a recession.