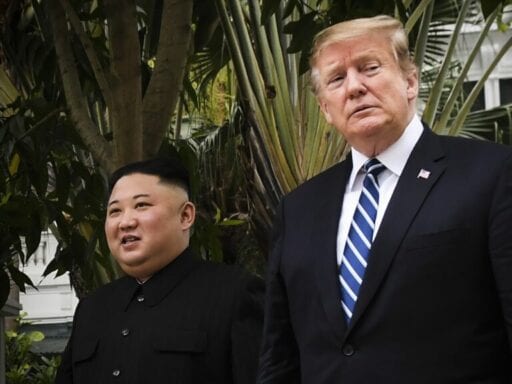 It’s not necessarily a failure, but it’s not good either.

In an abrupt change, White House press secretary Sarah Sanders said that Trump’s press conference, originally scheduled for around 4 am, will now start two hours earlier. But that’s when Trump and Kim planned to host a signing ceremony for a potential agreement like they did last year in Singapore. About an hour after that, Sanders told reporters in Hanoi that “No agreement was reached at this time, but their respective teams look forward to meeting in the future.”

The statement also mentions that “The two leaders discussed various ways to advance denuclearization and economic driven concepts.” That may indicate talks fell through over Yongbyon, a key North Korean nuclear facility, where Kim would agree to stop producing materials for nuclear bombs there. In exchange, Trump would push to lift some UN sanctions on Pyongyang so it can pursue joint economic projects with South Korea.

Whatever the reason, the failure to sign a deal in Hanoi became apparent when reporters took photos an empty dining room where US and North Koean delegates were supposed to have a working lunch.

The table was set and food prepared for a working Trump-Kim lunch that now won’t happen. pic.twitter.com/0CMDpgIYBw

This isn’t a necessarily a diplomatic failure, but it isn’t good

World leaders typically don’t hold major summits like the two-day affair in Hanoi unless they can achieve something. And many signs pointed to Trump and Kim making another pact, with some speculating they would even sign a peace declaration to symbolically end hostilities toward one another.

That’s not happening now. Trump is expected to explain the situation during his press conference around 2 am — although he basically communicated the issue to press already.

In multiple statements, Trump insisted that his administration is in “no rush” to sign a deal to rid North Korea of its nuclear program. Trump even told reporters during the summit that a new pact will take time and that “no matter what happens we’ll ultimately have a deal that’s really good for Chairman Kim and his country.” It’s therefore possible they couldn’t strike a deal in Hanoi, but they may do so at a later date.

Trump’s public comments during the day have been along lines of “no rush” and eventually a deal will come together. Did not seem bullish.

But as of now, it looks like Trump and Kim traveled all the way to Vietnam and came away with nothing.

One day encapsulated everything that’s wrong with Fox News
Is the country falling apart? Depends on where you get your news.
Miranda July’s enduring love for the weirdo in all of us
How to watch the 2019 Super Bowl on streaming and TV
Vox Sentences: Decoding the Mueller report
Inconceivable! The Vox Book Club is reading The Princess Bride in June.