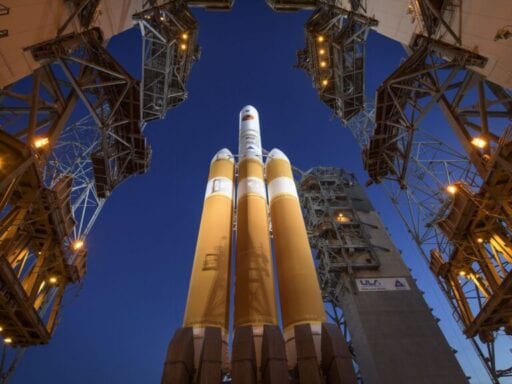 President Donald Trump has long called for a Space Force. He now has it, and has created the first new military service since 1947.

In signing a military spending bill Friday, President Donald Trump achieved a long-held goal of his administration: expanding the military to include a newly created Space Force.

The 2020 National Defense Authorization Act (NDAA) increases total military spending by about $20 billion, or 2.8 percent. It increases troop pay by 3.1 percent, includes $658.4 billion for Defense Department and Department of Energy national security programs, and also puts $71.5 billion towards ongoing foreign wars. But perhaps the most attention grabbing provision of the bill was creation of the Space Force.

After pushback from top military brass over the last two years, and two failed attempts to create the force in previous years’ NDAAs, the Space Force will now become the sixth branch of the US armed services. It is the first new service since the creation of the Air Force in 1947.

The Space Force won’t be built up from the ground up, however; instead, it was created largely by reshuffling the military’s organizational chart.

It will function as a part of the Air Force, supporting the newly promoted US Space Command, and will ultimately be overseen by the secretary fo the Air Force, according to military officials. However, the day-to-day operations of the Space Force will be handled by a chief of space operations who will have a seat on the nation’s top body of military advisers, the Joint Chiefs of Staff. Trump wasted little time filling the spot Friday.

“With today’s signing I will proudly appoint Gen. Jay Raymond the first chief of space operations and he will become the very first member of the Space Force and he will be on the Joint Chiefs,” Trump said during the signing ceremony for the 2020 NDAA. Raymond is the current head of US Space Command.

Trump has long made the case for a Space Force, saying in March that the US needed a new branch of the military “like the Army and the Navy, but for space, because we’re spending a lot of money on space.”

The Space Force that has emerged isn’t quite the what the president envisioned (a “separate but equal” service that operated completely independently of the Air Force), but it does represent a success for the president in a week that saw both his impeachment and the passing of his much-hyped North American trade deal in the House.

The Space Force will be the military’s smallest branch

The idea for a military branch focusing on space security came as a reaction to rival nations like Russia and China investing in their orbital presence, including their attempts to develop missile systems capable of shooting down military satellites. And as Vox’s Alex Ward has reported, China already has a section of its service roughly analogous to the Space Force: the Strategic Support Force, which “is meant to streamline and improve its space, cyber, and electronic warfare missions.”

“What was once peaceful and uncontested is now crowded and adversarial,” Vice President Mike Pence said in an August 2018 address at the Pentagon announcing initial plans for the force. “It’s not enough to merely have an American presence in space, we must have American dominance in space. And so we will.”

Brining that vision to pass has not been easy for the Trump administration.

The executive branch does not have the power to unilaterally create new branches of the military; the Constitution gives Congress the sole power “to raise and support armies. And as Ward has reported, the White House faced a military that was not in favor of a Space Force — a former Navy secretary said it was “a solution in search of a problem,” and then-Air Force Secretary Heather Wilson told reporters last summer: “The Pentagon is complicated enough. This will make it more complex, add more boxes to the organization chart.”

In a sort of compromise, rather than delivering on the administration’s initial grandiose vision for space dominance, Congress attempted to answer both the White House and Pentagon’s concerns.

“Part of the argument for Space Force was that space was kind of getting lost within the Air Force, with its focus on air dominance,” Kaitlyn Johnson, an associate fellow and associate director of the Aerospace Security Project at the Center for Strategic and International Studies, told The Verge.

The Space Force, then, will focus just on space — and on countering Russia and China there — as the Trump administration wanted. But, in response to military concerns, it will not add a completely new structure to the Pentagon, housed as it is in the Air Force. (Its leaders will, however, have the authority to make operational and training decisions without consulting the Air Force.)

Beyond the creation of a chief of space operations, the Space Force will give the military a few other new top-level officials, most notably, assistant secretaries dedicated to developing new technologies and creating strategies for orbital warfare.

Overall, the core mission of the Space Force will be to support the needs of US Space Command, as The Verge’s Loren Grush has explained:

The function of Space Command, or USSPACECOM, differs from Space Force. As a unified combatant command, USSPACECOM is responsible for space warfighting. The organization decides how to utilize the domain of space in the best interests of national security, whether that’s providing space-based communications capabilities for troops overseas or surveilling certain portions of the globe. The Space Force, on the other hand, is responsible for “operating, training, and equipping” all of the space assets that USSPACECOM needs. That entails acquiring the right surveillance or communications satellites, getting them into space, and training people to operate those vehicles.

To meet those needs, the roughly 16,000 active duty airmen and civilians currently serving in Space Command will be assigned to the Space Force, according to Gen. Raymond.

“The law states that Air Force Space Command will be redesignated the United States Space Force, that will happen immediately,” Raymond said to reporters at the Pentagon Friday.

Uniforms, logos, and songs are still under development Raymond said, who stressed their importance to creating a unique culture for the branch.

The NDAA went well beyond creating the Space Force

Because the annual NDAA is considered a “must pass” bill, it has become a key landing spot for other legislative priorities besides military spending. Chief among them this year was giving all 2.1 million federal employees paid family leave for the first time.

The United States is the only industrialized nation in the world without paid family leave for its workers, but — thanks to the NDAA — the federal government, the largest employer in the US, will now offer 12 weeks paid leave to any employee for the birth or adoption of a child. Previously, employees were allowed unpaid time off under the Family and Medical Leave Act, which Congress passed in 1993.

While limited to federal employees and not including time off to care for sick family members, lawmakers hope that the bill will influence private employers to match the paid family leave policy, as explained by Vox’s Li Zhou:

Among other provisions, the NDAA includes language that Congress “unequivocally supports” the residents of Hong Kong who have been engaged in months-long protests against the Chinese government. The bill drew criticism from left-leaning and libertarian lawmakers alike for not including provisions that would have restrained Trump’s ability to make war on Iran or a ban on support for Saudi Arabia’s air war on Yemen. Additionally, the bill allows Trump to use military funds to build a wall on the Mexican border.

How cricket went from an old British pastime to primetime entertainment for billions
Vox Sentences: The opioid trials
Of course the tax cuts are good for the banks
North Carolina’s all-important 2020 Senate race, explained
“He is not who you are”: Adam Schiff makes last-ditch plea to Senate Republicans
Israel’s anti-Netanyahu protests, explained