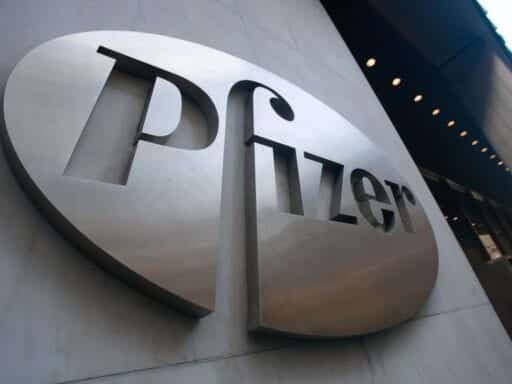 He got himself into making a promise it’s now up to him to keep.

President Donald Trump declared war and then victory with drug maker Pfizer within a matter of hours this week, claiming to have successfully convinced the pharmaceutical company to roll back drug price increases.

And he did — sort of. Pfizer really delayed the increases rather than canceling them: The company says Trump has until the end of the year to implement a drug pricing blueprint he introduced in May, and if he doesn’t, it will go ahead and hike prices again.

Trump has talked, often vaguely, about doing something about drug prices since the campaign. But tweeting angrily about Pfizer was part of a pattern that’s played out multiple times in his administration: Trump publicly calls out a company that’s doing something he dislikes, then claims their reaction as a victory.

Here’s what happened: In late May, Trump said major drug companies would within weeks voluntarily make “massive” price cuts. This didn’t happen. Instead, on July 2, the Financial Times reported that Pfizer had raised the prices of 100 products. According to FT, the increases in most cases were more than 9 percent, and they were Pfizer’s second price hike of 2018. The Wall Street Journal reported that drugs affected included lung-cancer treatment Xalkori, blood-pressure medication Norvasc, and pain medication Lyrica.

Pfizer said in a statement that it was “modifying” prices for 10 percent of its medicines and that in some instances it was decreasing the price.

Reports of the price hike apparently reached Trump, who before his inauguration said drug companies were “getting away with murder” and has often promised to rein in drug prices without going into much detail on how.

On Monday, Trump tweeted that Pfizer and other pharmaceutical companies should be “ashamed” for price hikes and accused them of taking advantage of the poor and “others unable to defend themselves.”

Pfizer & others should be ashamed that they have raised drug prices for no reason. They are merely taking advantage of the poor & others unable to defend themselves, while at the same time giving bargain basement prices to other countries in Europe & elsewhere. We will respond!

A little over 24 hours later, Trump declared he had reached an agreement for them to keep drug prices down. He said he’d spoken with Pfizer’s CEO, Ian Read, and Health and Human Services Secretary Alan Azar about his May blueprint and the company had agreed to roll back its increases.

Just talked with Pfizer CEO and @SecAzar on our drug pricing blueprint. Pfizer is rolling back price hikes, so American patients don’t pay more. We applaud Pfizer for this decision and hope other companies do the same. Great news for the American people!

You barely knew the battle had started before it ended.

Pfizer released a statement saying that it would, indeed, defer its July 1 price increases per its discussion with President Trump. But it added in some curious phrasing that indicates the rollback isn’t forever:

The company will return these prices to their pre-July 1 levels as soon as technically possible, and the prices will remain in effect until the earlier of when the president’s blueprint goes into effect or the end of the year – whichever is sooner.

What Pfizer is referring to is a May 2018 blueprint the White House put out with a series of proposals on lower drug prices. And what it’s saying is if the blueprint is enacted — namely, if what it wants out of it is enacted — it won’t raise prices. But if it’s not, prices are going right back up.

“Pfizer grabbed the blueprint from the administration’s hands and said, ‘Okay, I’ve got it now, you implement this or we’ll increase prices in January,’” Andrea Harris, an analyst at Height Capital Markets, told me. “It puts pressure on the administration to take steps to implement the bullet points.”

In a note to investors on Wednesday, Harris wrote that the White House has “publicly ceded ground to drug manufacturers” in negotiating with Pfizer directly.

She said the likely victim in the entire ordeal is pharmacy benefit managers, the middleman between drug companies and insurance plans. They are contracted by health plans, employers, unions, and government entities to manage prescription drug programs and, over time, have taken advantage of their position to play a bigger role in negotiating the drug prices patients and their insurers ultimately end up paying. PBMs often get rebates from the pharmaceutical companies they have contracts with.

If the White House takes Pfizer’s threat seriously, it could pressure HHS into issuing new regulations that reform PBM rebates or even ban them altogether.

Many of the parts of the blueprint would require congressional action, including a plans to reform Medicare Part D, scale back drug discount programs, and end the inflationary rebate limit in Medicaid. There’s virtually no chance Congress will take up major drug pricing legislation this year, although a few smaller bills could make it through, such as the CREATES Act, which seeks to reduce prices and lower barriers for generic drugs, and the Patient Right to Know Drug Prices Act that bars PBMs from imposing “gag clauses” in pharmacy contracts.

It’s unlikely Pfizer and other pharmaceutical companies even want the entire White House blueprint to be enacted, because not everything in there is good for them. “There’s something in there for everyone to like or dislike,” Harris said.

In the battle of Trump vs. industry, Trump doesn’t always win

Trump has a made a habit of trying to strong-arm companies into bending to his will and attacking them by name. He’s gone after specific business by name on Twitter, including Amazon, Boeing, General Motors, Lockheed Martin, and Nordstrom.

In some cases, Trump has been semi-successful. He convinced United Technologies to save some jobs at its Carrier plant in Indiana before his inauguration, but layoffs there are still happening. And he reached an agreement with Pfizer, but as mentioned, it wasn’t exactly a full-fledged win.

Trump hasn’t found the same success with Harley-Davidson. Trump and the GOP trotted out the motorcycle maker as a major beneficiary of the tax cuts, and the White House said its trade policies would be good for the company, too. But Trump’s tariff war has caused Harley to announce it is shifting production overseas, and despite Trump’s protests, it’s not budging.

The president’s whack-a-mole approach to dealing with corporate America isn’t always a winner, and it’s not a substitute for broader policy prescriptions to make meaningful changes. With Pfizer, he’s put the power in the pharmaceutical company’s hands: Make the policy changes we want, or else.

A sociologist explains why we make spectacle out of trauma like the Thai cave boys
The furniture resale market is booming
Trump doubles down on Puerto Rico death toll conspiracy
Unexplainable: A new podcast about the most fascinating unanswered questions in science
FEMA’s testing a new “presidential alerts” system that sends messages to your phone
American Factory, the first film in the Obamas’ Netflix slate, is one of the year’s best docs