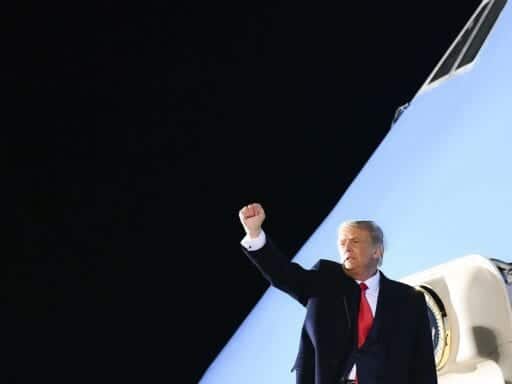 Now that President Trump has contracted the coronavirus, the White House is at pains to assure the public he is receiving top-notch medical care and the entire team is following best practices. Realistically, however, the president has spent the past several months thumbing his nose at public health guidelines and even going so far as to mock his opponents for following them.

As recently as Tuesday’s presidential debate, for example, Trump mocked Democratic presidential nominee Joe Biden for his heavy mask usage, saying, “I don’t wear masks like him. Every time you see him, he’s got a mask,” and that Biden “could be speaking 200 feet away” and then “shows up with the biggest mask I’ve ever seen.”

On September 7, he scolded a reporter at a White House press briefing for wearing a mask while asking a question, saying, “If you don’t take it off, you’re very muffled.”

It’s true, of course, that mask-wearing is a bit more cumbersome when talking. But since the act of talking does more to spread the virus than simple breathing, it’s actually an especially good time to wear a mask.

Trump also traveled to Nevada in mid-September, where he held an indoor rally in violation of state law. He defended his decision to do this by observing, “I’m on a stage, and it’s very far away,” so “I’m not at all concerned.”

And, indeed, he did not contract the virus at that particular rally, but the risk of spreading infection among the Trump faithful is clear. The president from May to June to September has not only ignored public health guidelines by holding large campaign events, at which few people wear masks or socially distance; and he’s gone out of his way to mock Biden for spending too much time “in his basement” adhering to the rules. Even the death of Herman Cain from Covid-19, which he contracted after attending a Trump rally in Tulsa, did not alter the president’s attitude.

America has no federal response to this crisis
Trump’s Justice Department is threatening cities that allow safe injection sites
The new Borat movie’s best moments mock a Trump-era fixation on a particular female aesthetic
Why are fewer women dying from the coronavirus?
A one-page, printable guide for preparing to shelter at home
How to watch the last Trump-Biden debate