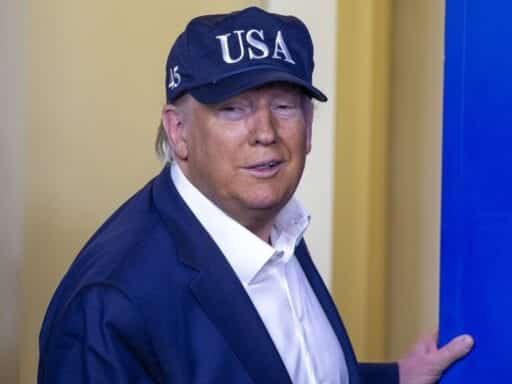 After multiple interactions with infected persons, the president has not contracted Covid-19.

President Donald Trump has tested negative for coronavirus, just one day after he took the test and after multiple exposures to people who had contracted the disease.

During a Saturday press conference, Trump surprisingly told reporters that he was tested the night before for Covid-19, the official term for the novel pandemic coronavirus. Hours later, Trump’s physician released a letter to the public saying “This evening I received confirmation that the test is negative” and that “the President remains symptom-free.”

It’s unclear if other top White House officials have also undergone a coronavirus test, though, during Saturday’s press conference, Vice President Mike Pence said he and Second Lady Karen Pence would agree to getting tested.

Either way, it’s good that Trump took the test.

Last Saturday, Trump met with a top Brazilian official at Mar-a-Lago who has since tested positive for Covid-19. An image posted by the official, Fabio Wajngarten, quickly circulated on social media. It showed Trump standing right next to Wajngarten and holding a “Make Brazil Great Again” hat that the official had presumably handed him. Two Republican senators who separately met with Brazilian President Jair Bolsonaro self-quarantined after the news.

In the last week, Trump has also had direct contact with two Republican members of Congress just before they self-quarantined due to their exposure to coronavirus. Those politicians, Rep. Doug Collins (R-GA) and Rep. Matt Gaetz (R-FL), had been in contact with someone who tested positive during the 2020 Conservative Political Action Conference (CPAC). Trump also spoke at the event, but it’s unclear if he came into direct contact with the person who tested positive.

Trump has been on the campaign trail where he’s been shaking hands and taking photos with supporters. Health professionals I spoke to earlier this week said that Trump, along with the leading Democratic presidential candidates, should stop such interactions to minimize their risk of exposure to the virus.

“That’s really hard because that contact is fundamental for interacting with potential voters,” Ashish Jha, director of the Harvard Global Health Institute, told me earlier this week.

Trump is in his 70s — and, as the Centers for Disease Control has been saying for weeks now, older adults are “at higher risk of getting very sick” from Covid-19 than the general population.

Schumer’s deal to fast-track Trump judges makes progressive activists furious
These images show the workers who were always “essential”
AI triumphs against the world’s top pro team in strategy game Dota 2
The Witcher has monsters and naked wizards. Somehow, it’s boring.
“Don’t be evil” isn’t a normal company value. But Google isn’t a normal company.
Biden has a big lead in the polls, but can we trust them?