Trump impeachment inquiry begins after allegations about Trump and Ukraine 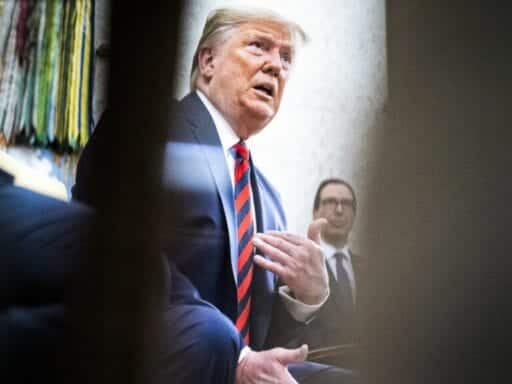 The latest news and updates on the escalating Trump-Ukraine scandal.

The House of Representatives is moving forward with an official impeachment inquiry into President Donald Trump over a scandal involving a conversation between Trump and Ukranian president Volodymyr Zelensky.

A whistleblower complaint and the release of a readout of a call between Trump and Zelensky show that President Trump tried to pressure the new president of Ukraine, Volodymyr Zelensky, to investigate Joe Biden’s family ahead of the 2020 election — perhaps by withholding military aid to the eastern European country.

The complaint also accuses the White House of trying to cover up the conversation by classifying the transcript of the call.

Trump has admitted to discussing Biden with Ukraine, but he maintains that a phone call he had with Zelensky in July was “a very friendly and totally appropriate call” and argues he did not do anything wrong during the call.

To prove his innocence, Trump authorized “the complete, fully declassified and unredacted transcript” of his conversation with the Ukrainian leader.

However, the growing scandal, including the revelation that Trump allegedly withheld millions in military aid to Ukraine ahead of his call with Zelensky, has galvanized Democratic lawmakers to pursue impeachment.

The big question now is whether this impeachment inquiry will turn into the House passing articles of impeachment — and how soon that will happen.

Texas Republicans are trying to use Beto’s punk rock days against him
Vox Sentences: Impeachment, Day 24
US intelligence officials say Iran and Russia obtained voter registration information to interfere i...
Surgical gowns cost my hospital 40 cents before the pandemic. Now they’re $9.
Robert Mueller’s team says it will be very busy in the coming days
Republicans are using a pandemic to push anti-abortion and anti-trans agendas