Trump is diverting another $7.2 billion in military funds to build his border wall 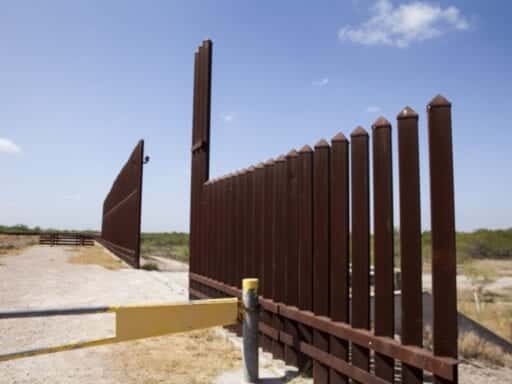 A section of the border wall stretches through the Rio Grande Valley sector of the Texas border on August 20, 2019. | Jinitzail Hernández/CQ-Roll Call, Inc via Getty Images

The funds transfer would bring the total amount devoted to border wall construction under Trump to $18.4 billion.

The Pentagon — not Mexico — will again be paying for the construction of President Donald Trump’s wall on the US’s southern border, to the tune of $7.2 billion in 2020.

According to a Washington Post report, the White House will use last year’s national emergency declaration to pull $3.5 billion from military counter-drug enforcement, up significantly from the $2.5 billion taken from the same program in 2019. An additional $3.2 billion will be taken from Department of Defense construction projects for additional fencing projects. The number is more than five times the amount allocated to barrier construction by Congress for 2020.

The funds transfer would bring the total amount devoted to border wall construction under Trump to $18.4 billion. So far, the administration has only completed about 101 miles of barrier construction, far short of the 450 miles Trump promised to complete by the end of this year. However, administration officials have recently begun counting miles of fencing under construction — rather than completed — as their goal metric, moving the goalposts on Trump’s promise.

The border wall was perhaps Trump’s most prominent 2016 campaign promise and the battle over border wall funding has raged since Trump’s first days. In December 2018, Trump shut down part of the government for 35 days after he refused to sign a bipartisan spending bill to fund the government in 2019. Finally, Congress compromised to give the president $1.375 billion for “existing technologies” like “bollard fencing,” far less than the $5.7 billion originally requested by the White House.

When he reopened the government — without most of the wall money he wanted — Trump got creative, declaring a national emergency in order to divert military funds to build the wall. That triggered a legal and congressional headache, as Vox’s Emily Stewart explained:

In trying to get wall funding through the National Emergencies Act, the question then becomes which existing laws he can try to use to get the money. That’s where he — and the legal scholars trying to figure out what he’s talking about — run into trouble: identifying the laws and statutes he could actually use. The Brennan Center for Justice tracks about 130 laws that contain special powers Trump could access.

“It could be that by putting together a lot of different sources of emergency authority, the president could tap a lot of different funds and at least start,” Kim Lane Scheppele, a professor at the Center for Human Values at Princeton University, told me.

She pointed to a handful of preexisting laws the president could potentially use.

He could, for example, reallocate military spending on construction projects for the wall. One law allows the defense secretary, after a national emergency declaration, to direct the army’s civil works program to construct a structure needed for national defense and use the military budget to do it. Another lets the secretary direct other military services for construction projects. For example, money could come out of the budget for building housing on military bases for service members and into the budget for the wall.

The Supreme Court allowed Trump’s administrative sidestep around Congress’s constitutional power of the purse, ruling in July that $2.5 billion in military funding could be diverted toward wall construction.

Congress could step in and limit the president’s ability to make these transfers, and the House version of the National Defense Authorization Act barred diverting military funds for the wall. However, that provision was negotiated away in conference meetings to settle differences between it and the Senate version of the bill. As a result of the 2020 NDAA, which was signed in late December, contains no limit on border wall funds diversion.

Trump’s border wall quest got another major boost last Thursday when a Fifth Circuit court of appeals panel ruled 2-1 to lift an injunction which stood in the way of a transfer of $3.6 billion in military construction funds last year for the wall. The ruling overturned a stay put into place by El Paso-based federal judge David Briones in a suit brought by the county of El Paso, Texas, and the Border Network for Human Rights, an immigrant advocacy group based in El Paso, arguing that the government did not have a right to divert funds otherwise allocated by Congress.

A New York Times report from last September revealed that 127 military construction projects had been suspended or delayed because of last year’s diversion of funds. There has been no word yet on whether those or any additional projects will be delayed thanks to this year’s transfer of border funds.