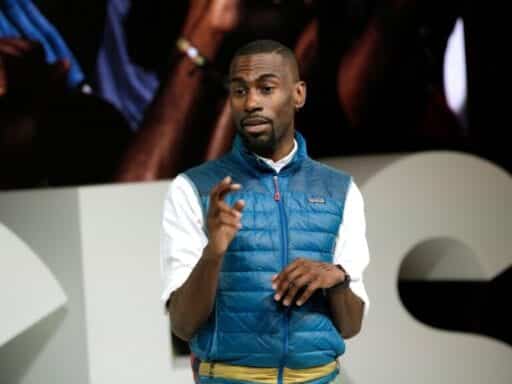 Something very unusual happened in the United States Court of Appeals for the Fifth Circuit this week. A Trump appointee to that court acknowledged that he was wrong when he voted to strip a prominent civil rights activist of the activist’s First Amendment rights.

Mckesson allegedly helped lead a protest near the Baton Rouge Police Department building. During that protest, an unknown assailant who is not DeRay Mckesson allegedly threw a rock at a police officer (referred to as “Officer Doe” in this suit), injuring them.

Last April, the Fifth Circuit held that Mckesson could potentially be held liable for the actions of this unknown assailant, despite the Supreme Court’s holding in NAACP v. Claiborne Hardware (1982) that “civil liability may not be imposed merely because an individual belonged to a group, some members of which committed acts of violence.” All three of the judges who joined this decision are Republicans.

On Monday, Don Willett, one of those three judges, admitted that he was wrong. “I originally agreed with denying Mckesson’s First Amendment defense,” Willett wrote in a rare dissenting opinion issued months after the court’s initial decision, “but I have had a judicial change of heart.”

Willett’s new opinion argues that protest leaders like Mckesson are generally protected by the First Amendment if a rogue member of their protest commits a criminal act. While there is no question that “Officer Doe can sue the rock thrower,” Willett concludes that “the Constitution that Officer Doe swore to protect itself protects Mckesson’s rights to speak, assemble, associate, and petition.”

That means that police officers cannot chill protests by imputing the actions of third parties to the protest leaders. If protest organizers can be held liable for the actions of people they can’t control, few people will be willing to lead protests because they could potentially be sued for illegal activity committed by anyone at the protest.

In the short term, Willett’s change of heart matters very little. The two other judges on the Mckesson panel adhere to their previous decision. So Mckesson’s best hope to vindicate his First Amendment rights lies in a petition he filed in the Supreme Court earlier this month.

The Fifth Circuit majority’s opinion is at odds with the Supreme Court’s decision in Claiborne Hardware. According to Judge E. Grady Jolly, who wrote the majority opinion, Mckesson allegedly “directed the demonstrators to engage in the criminal act of occupying [a] public highway” near the police building. That, Jolly suggests, can be enough to strip Mckesson of his First Amendment rights.

“In order to counter Mckesson’s First Amendment defense at the pleading stage,” Jolly wrote, “Officer Doe simply needed to plausibly allege that his injuries were one of the ‘consequences’” of Mckesson’s decision to lead protesters into the street.

The case is still at an early stage of litigation. If the Supreme Court does not intervene to protect Mckesson, there will still be a trial where Mckesson may attack Officer Doe’s factual claims. But if the Fifth Circuit’s decision is allowed to stand, that decision could have a chilling effect on all organized protest.

Claiborne Hardware did not hold that protest leaders are stripped of their First Amendment rights if they commit a minor illegal act during a protest. To the contrary, Claiborne Hardware held that the First Amendment protects protest leaders unless they “authorized, ratified, or directly threatened acts of violence.” And there is no allegation that Mckesson did any such thing.

As Willett notes, Officer Doe does not allege that Mckesson gave any particular order to commit violence. Nor does he claim that Mckesson “‘controlled’ or ‘directed’ the unidentified assailant.” The only allegation of illegal activity against Mckesson is that he led people into a public highway — and street protests are a common tactic used by civil rights marchers.

If Jolly is correct about the Constitution, then Martin Luther King Jr. gave up his First Amendment rights the minute he violated a traffic law. It’s now up to the Supreme Court to decide if Jolly’s decision should stand.

How a $0.04 metro fare price hike sparked massive unrest in Chile
Anne Brontë is the least famous Brontë sister. But she might have been the most radical.
Trump responds to California wildfires by threatening to cut federal aid
One Good Thing: HBO’s In Treatment will soothe your shattered nerves
How South America became a coronavirus epicenter
Anxiety and depression are tracing a similar curve as Covid-19 cases