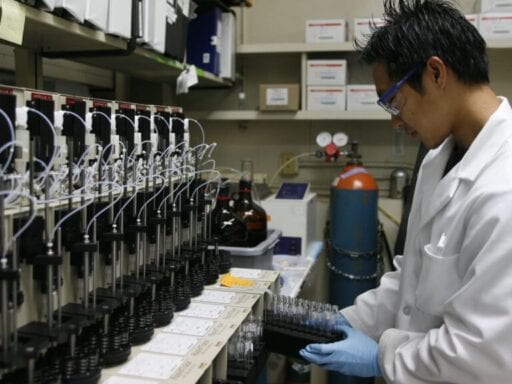 It’s a huge win for the drug testing industry.

The Trump administration just made it harder for laid-off workers to get government assistance.

The Department of Labor published a new rule Friday that will allow states to expand the number of people who have to pass drug tests to get unemployment benefits. Jobless workers who fail the test would be blocked from getting the assistance, which employers pay for through payroll taxes — money that most workers are entitled to receive when they are fired.

The move is a dramatic reversal from the Obama administration, which in 2016 placed strict limits on drug testing for unemployment claims. States could only deny benefits to workers in a few high-risk jobs (like law enforcement and childcare) or to employees who were fired because they tested positive for drugs.

Republicans revoked the Obama-era rule soon after Trump took office, and now the Trump administration is moving in the opposite direction. The latest rule would let states test all laid-off employees who work for companies that normally require job applicants to pass drug tests. That includes testing for marijuana, opioids, or any other class of illegal (and in some states, legal) substances.

“This final rule represents a not-so-subtle attack on the character of unemployed Americans,” Michele Evermore, a policy analyst at the National Employment Law Project, wrote in a statement to Vox. “Drug testing is simply a lazy way of blaming the victims of larger economic trends or corporate practices such as downsizing, outsourcing, and offshoring.”

The rule is harsh. It would deny government help to a much larger group of workers who just lost their main source of income. It also gives employers an incentive to start requiring drug tests at work, since unemployment insurance costs are lower if workers are more likely to be denied benefits.

It’s also unnecessary: The number of people filing for unemployment is at a record low right now, so it’s hard to view this as anything other than a giveaway to big businesses and the massive drug-testing industry.

The new rule also sets up a potential legal battle with civil rights groups, which have warned the Trump administration that such a move could be illegal as it would hurt poor, low-skilled workers the most.

“Limiting access to historically deprived communities is egregious and borderline discriminatory,” Caryn York, executive director of the Job Opportunities Task Force, wrote in a letter to the Department of Labor. Her organization is one of dozens of nonprofit groups that have opposed the rule since it was first proposed in November.

Unemployment benefits are a critical part of the safety net

Unemployment insurance benefits and rules vary by state, but most workers who lose their jobs are entitled to a fraction of their regular pay for up to 26 weeks. It usually takes two to three weeks for workers to get their first unemployment check, but it helps people pay their bills while they search for another job.

Employers pay the cost of unemployment insurance, usually through a 6 percent payroll tax, which can increase depending on how many employees a company lays off.

The Trump administration claims that its new rule is about states’ rights. When the Department of Labor proposed the rule in November, the agency said it was about “respecting the breadth and diversity of individual state economies.” It made no mention of the impact such a rule would have on workers.

The rule is essentially a broad interpretation of a 2012 law that lets states deny benefits to workers fired from jobs that regularly conduct drug testing. The Obama administration limited the number of jobs that fit into this category; now Trump is expanding it.

And civil rights groups are pissed.

Lawyers say the rule is unconstitutional

The rule is quite unpopular, based on the 211 public comments submitted in response to the proposal back in November.

A long list of civil rights and workers’ rights groups publicly trashed the rule and questioned its legality: the NAACP, the North Carolina Justice Center, and the Michigan Poverty Law Program, just to name a few. Many argued that it amounts to an unconstitutional invasion of privacy.

“A blanket license for governmental intrusion into the privacy of average Americans who just happen to be unlucky enough to lose their job seems rooted in the assumption that unemployed workers are to blame for their own unemployment,” Anne Paxton, a staff attorney for the Unemployment Law Project in Washington, wrote in the public comments.

Even a few employers expressed concern about the rule, which is notable considering it would allow businesses to save money on unemployment costs.

“I am in favor of drug testing, however, testing someone that is attempting to collect on the benefits they rightfully deserve seems out of line,” wrote John Beebe, owner of BB’s Truck & Auto Service in Erie, Pennsylvania. “We should be supporting and helping them return to the work force. As [an] employer, I drug test all of my applicant[s] before hiring them. I believe this satisfies all testing requirements.”

The number of people applying for unemployment is super-low

It’s really hard for the Trump administration to make the argument that states need the option to test more workers for drug use.

Not only is the national unemployment rate low, but in April the number of people filing unemployment claims also hit a 49-year low. A total of 192,000 people applied for assistance during the second week of April. The last time the number was that low was in September 1969.

This chart shows exactly how small that number is in a historical context:

There’s also no sign of rampant fraud in the unemployment insurance program that might warrant stricter rules. The changes seem specifically designed to keep more people from accessing the safety net program, which is entirely paid for by employers.

The rule goes into effect on November 4.