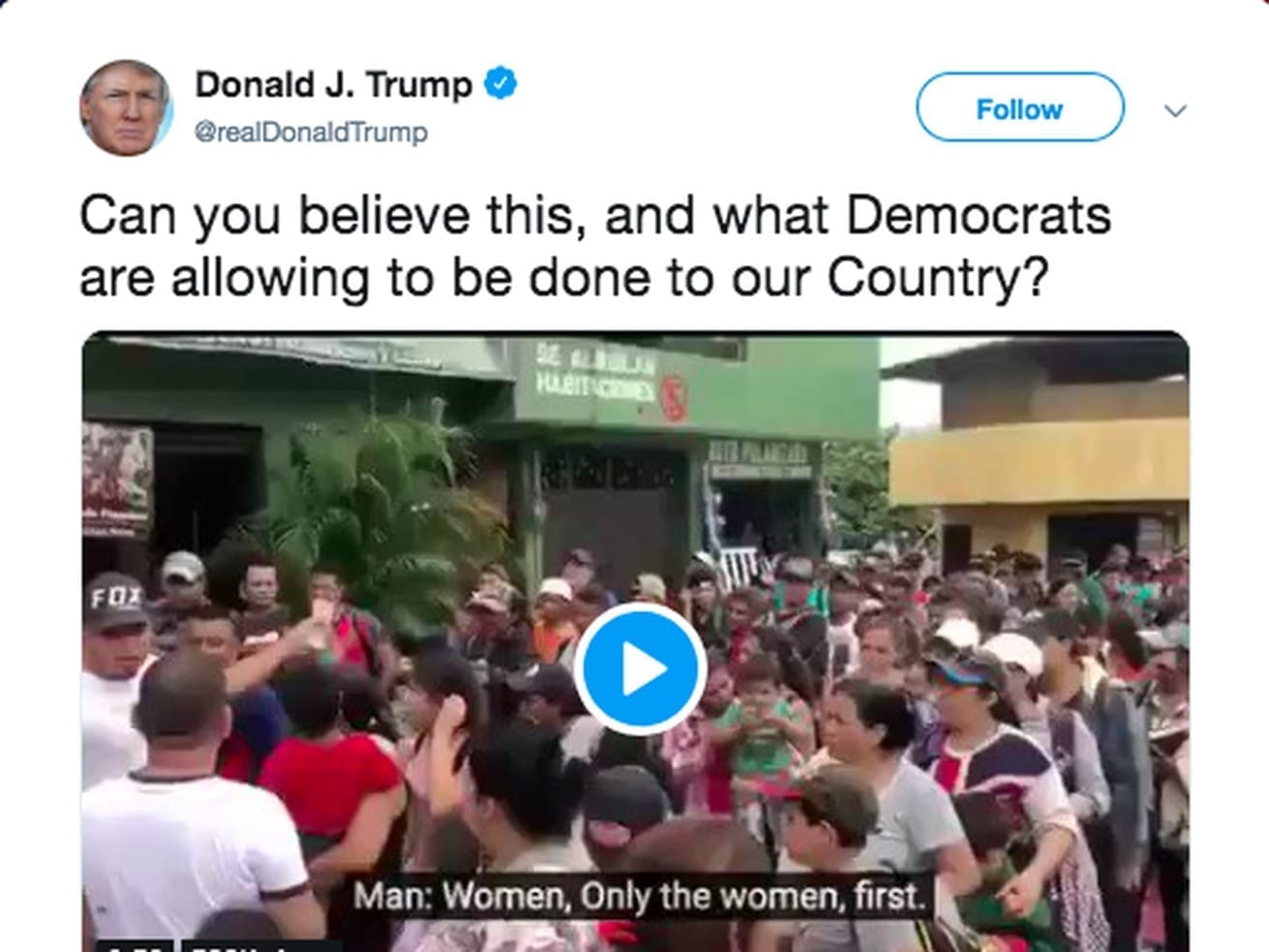 The tweet only makes sense if you follow right-wing fever swamps — and Trump’s ongoing tantrum over the Honduran migrant caravan.

President Donald Trump tweeted a video out on Thursday afternoon that depicts money handed out to a large group of people in a Spanish-speaking country, with the cryptic and ominous caption: “Can you believe this, and what Democrats are allowing to be done to our Country?”

Can you believe this, and what Democrats are allowing to be done to our Country? pic.twitter.com/4aDpASkjIU

The tweet only makes sense if you understand that the video has been identified (at least among conservatives on Twitter) as footage of the migrant “caravan” of thousands of Hondurans currently walking through Guatemala.

Conservative firebrand Rep. Matt Gaetz (R-FL) characterized this as such when he tweeted the video on Wednesday, suggesting it was evidence that George Soros was funding the caravan. (We don’t know where Gaetz got the video from — for all we know, it may not be footage of the caravan at all.)

It’s possible that this really is footage of the caravan, and that the money being handed out is for people to (for example) buy food.

Trump’s blame of “Democrats” is in line with his (comparatively, somehow, less conspiratorial) tweets from Thursday morning, in which he accused Democrats of causing the caravan to exist because they oppose shutting down the US-Mexico border entirely and support the idea that people should be allowed to seek asylum, consistent with US law.

The caravan is probably never going to make it to the US.

It’s still legal for people to seek asylum in the US, even without papers.

Trump continues to tweet, unconstrained by conventional ideas about reality, truth, or coherence.

We cannot explain to you what Trump thinks is going on in this video. This is all we know.