Trump loyalists are working hard to defend the president. It isn’t going well. 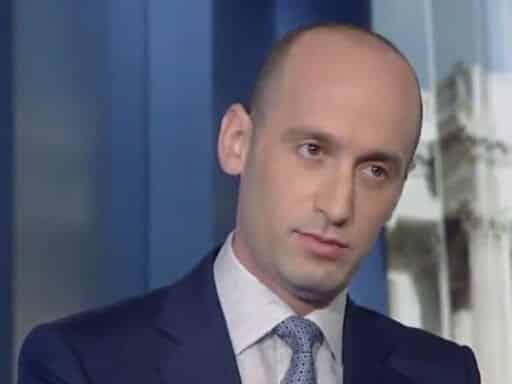 Stephen Miller struggles on Fox News, and other lowlights from the Sunday morning efforts to defend the president.

Following a week in which an abuse of power scandal about President Donald Trump’s Ukraine dealings pushed Democrats toward impeachment, Trump loyalists joined the Sunday morning news talk shows to try and defend the president. Their efforts did not go well, and produced a number of cringeworthy moments.

In fairness, Trump defenders faced an uphill battle. This weekend, Trump’s dismissiveness about Russian election interference came under new scrutiny. And the whistleblower complaint at the center of the growing Ukraine scandal about Trump trying to strongarm the Ukrainian government into investigating Democratic presidential candidate Joe Biden has already been corroborated in key respects by the White House.

The whistleblower accused Trump of using a July 25 phone call with Ukrainian President Volodymyr Zelensky to “advance his personal interests” by pushing for an investigation of Biden, and a memo about the call released by the White House indicates that did in fact happen. The whistleblower also alleged that officials went to extraordinary lengths to restrict the dissemination of information about that call, and the White House has acknowledged that happened as well.

But even granting the difficulty of their task, Trump loyalists were still remarkably unequipped to make a case for their president.

Notably, White House adviser Stephen Miller was taken to task by Chris Wallace, host of Fox News Sunday. In stark contrast to the way Trump loyalists are usually treated by Wallace’s network, the Fox News Sunday host wouldn’t let Miller get away with the deflections he tried to use to twist Trump’s Ukraine scandal in one about Democratic presidential candidate Joe Biden.

“This is an exercise in obfuscation,” Wallace said at one point, after Miller repeatedly refused to answer questions about why Trump would ever think it was appropriate to use his personal attorney, Rudy Giuliani, to push for investigations of Biden, and about why Trump went against the guidance of his own Pentagon and State Department and decided to temporarily withhold aid to the country — aid that Trump appears to have used as leverage to get the Ukrainian government to investigate Biden.

Chris Wallace asks Stephen Miller why Present Trump use his private attorney and as we just reported, two other private lawyers, to dig up dirt on Joe Biden. #FNS #FoxNews pic.twitter.com/OzZMrRusq7

Instead of defending Trump on the merits, Miller focused on pushing conspiracy theories about the Bidens — but even so, he couldn’t cite a single law that he thought was broken. And the interview ended with Wallace repeatedly correcting misstatements Miller made about the scope of Trump’s powers and about the “coequal” relationship between the executive branch and a Congress that seems to be moving toward impeachment hearings.

Wow. Wallace fit in a couple final owns even as he wrapped up the interview. What an embarrassing performance by Miller. pic.twitter.com/UCSrQFIblJ

Miller’s performance was poor, but he was far from alone on Sunday in that regard.

On CNN’s State of the Union, one of Trump’s staunchest defenders in Congress, Rep. Jim Jordan (R-OH), employed a strategy for defending Trump was similar to Miller’s — namely, trying to change the topic by pushing unfounded allegations about the Bidens.

But as host Jake Tapper highlighted, Jordan was skating on thin ice. Because while he has no problem tossing around unsubstantiated allegations about the Bidens, Jordan — a former assistant wrestling coach at Ohio State — has recently been under scrutiny for allegedly turning a blind eye to a sexual abuse scandal at the school.

“I would think somebody who has been accused of things in the last year or two would be more sensitive about throwing out wild allegations against people,” admonished Tapper, who at other points called Jordan out for his hypocrisy.

.@jaketapper presses GOP Rep. Jim Jordan about the facts of the President’s phone call with Ukraine and calling into question the credibility of the whistleblower complaint. #CNNSOTU pic.twitter.com/ey5PrSKzTk

Rudy Giuliani, who of late has appeared in a string of TV interviews that only seem to be making things worse for the president, took a similar tack. On ABC’s This Week, the president’s lawyer said that he was focused on “proving that Donald Trump was framed by the Democrats,” but couldn’t answer for why, if the Biden allegations he’s been pushing are credible, they aren’t being investigated by domestic law enforcement agencies.

Rudy Giuliani tells George Stephanopoulos he’s trying to prove that Democrats “framed Donald Trump” regarding Russia collusion, but he has no answer when Stephanopoulos asks him why domestic law enforcement agencies aren’t equipped to investigate the charges he’s making pic.twitter.com/TlKIokN6AG

That interview ended with host George Stephanopoulos smirking as Giuliani scolded him, accusing Stephanopoulos of not being as hard on Democrats as he is on Trump supporters.

“You’re saying this is hearsay — the complaint, on a number of fronts, is matched by the call record,” Brennan noted, referring to memorandum that outlines a July call between Trump and Zelensky that was released by the White House last week and that lends credence to the whistleblower’s allegations.

Graham’s inability to answer Brennan is reflective of the main impression left by Trump defenders’ media tour on Sunday: not that they’re victims of media bias, but that they’re woefully unprepared to defend a president whose conduct is becoming increasingly hard to justify.

Brett Kavanaugh’s questionable definitions of “boof” and “Devil’s Triangle,” explained
Why Israel is leading the world in vaccinating its population
3 countries that financed a global coal boom are starting to pull their money
As outcry over family separations grows, Trump meets with House Republicans on immigration
“The moral guardrails ... have dropped”: Why anti-Semitism persists
Staging West Side Story in 2020 is an act of hubris. Ivo van Hove’s production shows why.