Trump loyalists may be purging career officials at the VA 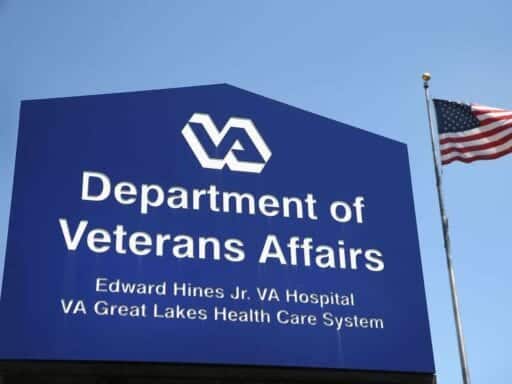 Some of the employees supporting the VA secretary have more than 20 years of experience.

More than a dozen employees in high-level positions at the Department of Veterans Affairs have recently been reassigned to lower-level positions — and a new report says it’s part of a purge by President Donald Trump’s loyalists.

According to the Washington Post, acting VA Secretary Peter O’Rourke and a small team of Trump political appointees are reshuffling staffers they perceive to be disloyal to Trump and his agenda for the VA, which is responsible for providing health care and other federal benefits to US military veterans.

In some instances, the Post story says, the reassigned staffers are career civil servants who have served in critical support roles for more than 20 years.

Which means that, if confirmed, Trump’s new VA secretary, David Wilkie, will not benefit from the help of experienced employees who know the ins and outs of their jobs and the department. This is potentially a huge problem, as it’ll make Wilkie’s job of fixing the US government’s second-largest bureaucracy that much harder.

The VA is defending its actions, though. “Under President Trump, VA won’t wait to take necessary action when it comes to improving the department and its service to Veterans,” Curt Cashour, a VA spokesperson, told the Washington Post. As of now, there’s no indication Wilkie had any role in the reassignments.

Why the VA “purge” may be happening

It’s likely this “purge” traces back to the ouster of the last VA secretary, David Shulkin, four months ago.

Shulkin wasn’t doing enough for conservatives’ tastes to overhaul and privatize the VA. Instead, he stayed in line with the preferences of most veterans groups, taking a deliberate pace toward reform rather than trying to drastically change the agency with a big push for privatization.

Trump’s transition team tried to staff the VA with hardcore right-wingers who were committed to privatization. They began to question Shulkin’s loyalty to Trump because he wouldn’t change his preferences. Trump eventually fired Shulkin in March after a year of infighting.

O’Rourke — a former Trump campaign staffer and current loyalist — took over for Shulkin. It appears he’s now using his newfound power to remake the VA more in Trump’s image.

It’s unclear what kind of authority O’Rourke will have once Wilkie takes the VA’s helm, or if Wilkie will reverse any of O’Rourke’s personnel moves.

But one thing is clear: People seem to be losing their jobs at the VA because of their political views, not their competency. That’s a bad way to operate any government agency.

The “Godzilla” Saharan dust cloud over the US, explained
Donald Trump’s administration is deeply dishonest and it’s foolish to trust them
White Americans are finally talking about racism. Will it translate into action?
GOP lawmakers react to travel ban decision
How to tell stories about evangelical Christians that neither mock nor glorify them
The “boogaloo” “movement,” explained