Trump: Manafort is a “good man” and the conviction is “very sad” 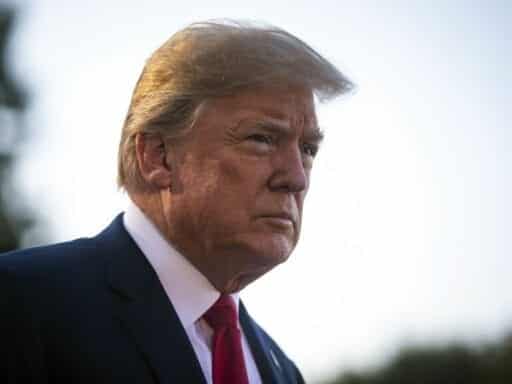 The president stayed silent on Michael Cohen, though.

President Donald Trump just heard about the news about Paul Manafort, his former campaign chair. And he isn’t very happy about it.

“It’s a very sad thing that happened. This has nothing to do with Russian collusion,” Trump told reporters upon landing in West Virginia for a rally on Tuesday night. “This is a witch hunt and it’s a disgrace,” he continued, adding “I feel very badly for Paul Manafort.” Trump also made sure to note that the Manafort verdict had nothing to do with him.

A Virginia jury concluded after four days of deliberation that Manafort was guilty of five counts of tax fraud, one count of failing to report his foreign accounts, and two counts of bank fraud.

Trump has the authority to pardon Manafort, but it’s not yet clear if he will — although Trump could offer some clues as to his thinking on that during the rally this evening in front of his many supporters who surely aren’t happy with the decision, either.

Despite the crimes, Trump told reporters he still believes Manafort is a “good man.”

Trump said nothing about Michael Cohen

What stood out was what Trump didn’t say during his brief statement. He offered no words at all about Michael Cohen — the president’s longtime personal lawyer and fixer — who pleaded guilty to eight crimes of his own at almost the same moment as the Manafort verdict.

In other words, Cohen just implicated Trump in a federal crime. If that’s the case, it’s no wonder Trump chose to stay silent on that — at least for now.

Democrats’ infrastructure gamble actually seems like it could be working
The US is leaving Afghanistan. The Taliban is gaining. What happens now?
Trump will reunite separated families — but only if they agree to deportation
Mueller has been questioning Michael Cohen on Trump’s Russia ties
Hosting the Olympics comes at a massive cost
Michael Bloomberg to spend $80 million to help Democrats seize House