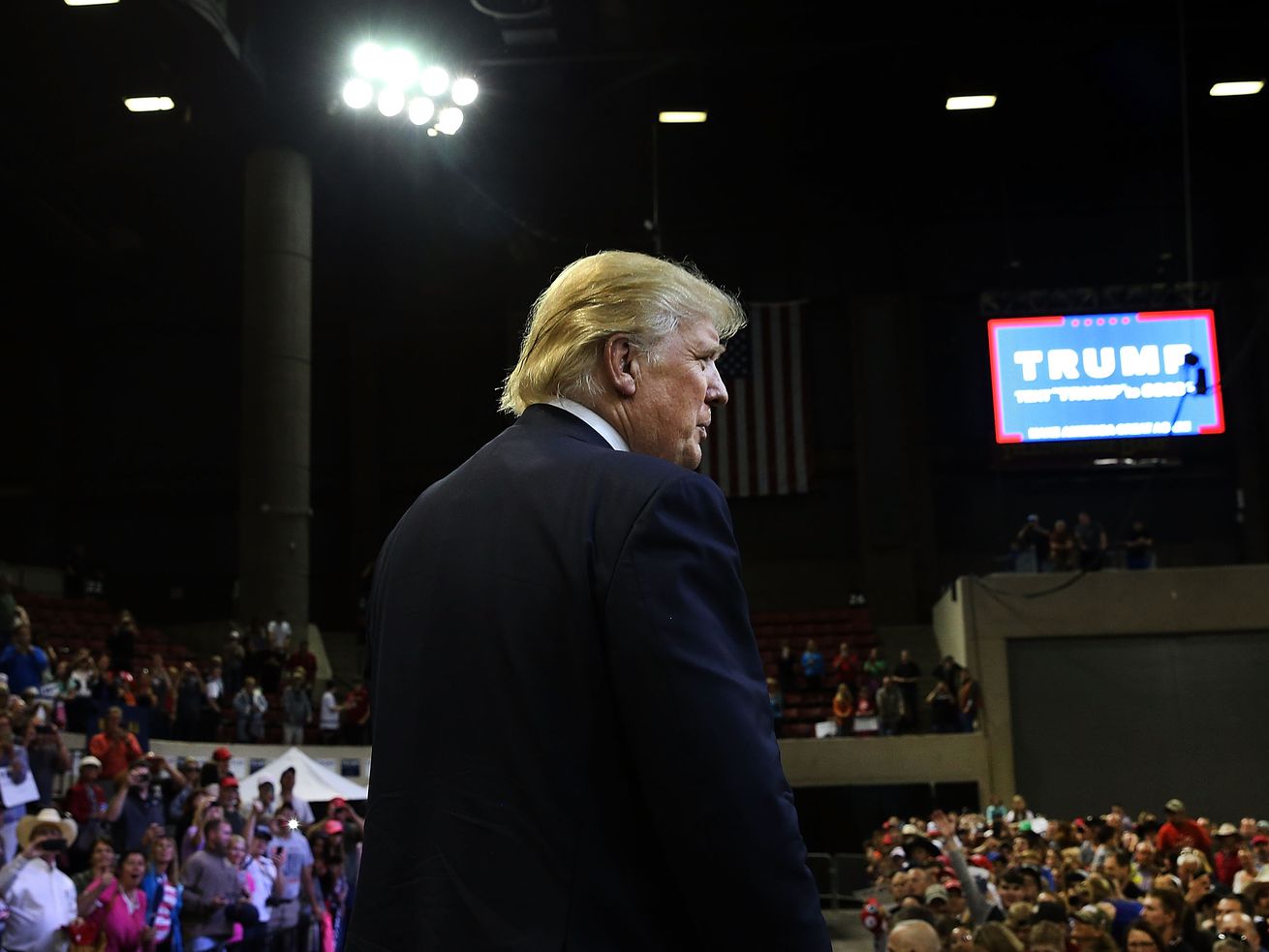 He mocked the Massachusetts senator’s Native American ancestry, and the #MeToo movement, at a Montana rally.

Trump, in another now-familiar attack on the media, claimed reporters wouldn’t want to cover other prospective presidential candidates besides him — such as Warren, though he referred to her with his derogatory nickname “Pocahontas.”

“Let’s say I’m debating Pocahontas, right? I promise you I’ll do this, you know those little kits they sell on television for $2: ‘Learn your heritage,” Trump bragged to the crowd, saying if Warren brought up her Native American heritage, he would respond by pulling out one of “those little kits.”

“We will take that little kit and say — but we have to do it gently, because we’re in the #MeToo generation, so have to be very gentle,” Trump said to laughter. “And we will very gently take that kit and we will slowly toss it — hoping it doesn’t hit her and injure her arm — even though it only weighs probably 2 ounces. We will say, ‘I will give you a million dollars to your favorite charity, paid for by Trump, if you take the test and it shows you’re an Indian.’”

Trump, while calling Elizabeth Warren ‘Pocahontas’ again, says: “We’re in the ‘Me Too’ generation, so we have to be very gentle.” (via Fox) pic.twitter.com/pM2G0qOcHf

Warren responded to his insult with a pointed attack on the administration’s “zero tolerance” policy on detaining and prosecuting migrants crossing the border, of which she’s been a vocal critic.

“While you obsess over my genes, your Admin is conducting DNA tests on little kids because you ripped them from their mamas & you are too incompetent to reunite them in time to meet a court order,” Warren wrote. “Maybe you should focus on fixing the lives you’re destroying.”

Hey, @realDonaldTrump: While you obsess over my genes, your Admin is conducting DNA tests on little kids because you ripped them from their mamas & you are too incompetent to reunite them in time to meet a court order. Maybe you should focus on fixing the lives you’re destroying.

NBC News did, indeed, report that the Trump administration would need to use DNA tests to help match some of the thousands of migrant kids who remain separated from their parents — a sign of how chaotic the reunification process is.

Warren, meanwhile, has defended her Native American heritage, which she says learned of from her family’s oral history. Nevertheless, Trump’s attacks on Warren have become, by now, commonplace — and unlikely to let up if, as Trump seems to think, she becomes a potential 2020 Democratic presidential candidate. He was entirely unapologetic about his latest racially charged insult: “I want to apologize. I’ll use tonight — Pocahontas, I apologize to you,” Trump said. “To you, I apologize. To the fake Pocahontas, I won’t apologize.”

Beyond the jabs at Warren, Trump also sarcastically mentioned the #MeToo movement — a topic Trump studiously avoids because of his own baggage. Trump has been accused of sexually assaulting or harassing multiple women, and has either defended or dismissed other men who’ve been accused of misconduct — including his former staff secretary, Rob Porter, who allegedly physically assaulted his two ex-wives. Trump at the time asked, “is there no such thing any longer as Due Process?”

Trump belittling #MeToo (while vilifying a female senator) will likely only add to the criticism his administration has received over its decision to bring on former Fox News executive Bill Shine as the communications director for the White House. Shine, who was accused of mishandling sexual harassment and discrimination claims at Fox, was ousted from the network last year. He’s already started his new gig, traveling with Trump to Montana for the rally.